Greece and Albania reached agreement in meetings at Tirana February 9 to redefine and delineate the boundaries of their exclusive economic zones (EEZ).  This development is directly related to Greece’s plans to approve exploration in blocks 1 and 2 in the Ionian Sea (Figure 1). 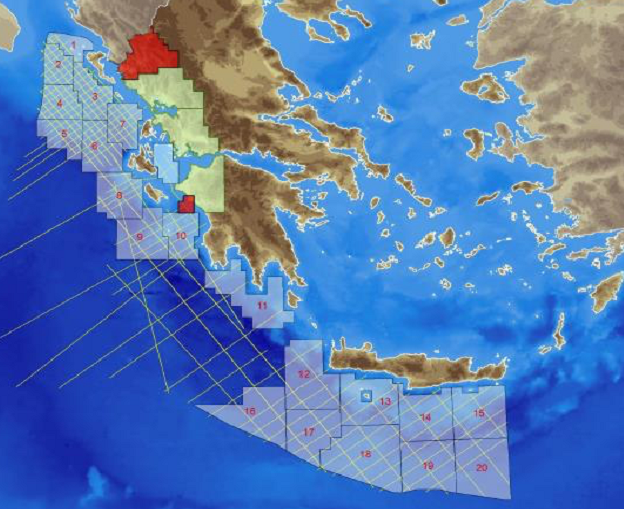 Albania voiced serious objections in the past to the prospect of hydrocarbon exploration in the Ionian, claiming that blocks 1 and 2 contain disputed areas.

The two countries have been at loggerheads on EEZ delimitation for a considerable time, marring their relationship. In fact, in April 2009, the two countries reached and signed an agreement on the EEZ and the maritime border between Greece and Albania. The agreement was based on the provisions of the UN Convention on the Law of the Sea (Unclos) and the median-line principle.

But this created what Turkey perceived to be a bad precedent because not only was the agreement based on Unclos, but it also gave full EEZ rights to the Greek islands. As a result, Turkey requested Albania to cancel it. Two months later, Albania’s opposition sent the agreement to the Albanian Constitutional Court, which cancelled it claiming that it was not equitable.

In May 2015, when the Greek bidding for exploration in the Ionian Sea was underway, Albania questioned the demarcation of the EEZ and the maritime borders. It even demanded that block 1 be excluded, arguing that it encroaches on the Albanian continental shelf.

Negotiations have been difficult and protracted. In the not too distant past, Albania had not only impeded any exploration effort, but it had also granted permits for exploration even in areas within the Greek continental shelf.

But it now appears the two countries have reached a satisfactory conclusion, with an official announcement expected in the near future. The Greek government is even expressing confidence that such problems will not arise again.

The Greek side appears to have agreed to adjustments to the methodology of defining its EEZ, accepting that bays should be considered to be ‘closed’ in order to apply the relevant provision of Unclos. Similarly, Albania agreed not to raise objections with respect to the entitlement of continental shelves by two small Greek islands close to the EEZ boundary, Othoni and Ereikoussa. This is particularly important in relation to the Greek-Turkish dispute over Kastelorizo in the Aegean, as it supports Greece’s claim that Unclos applies fully.

Blocks 1 and 2 were included in offshore licensing round that ended in July 2015.

Award of block 1 is still pending, as successive extensions have been granted for the evaluation of an offer submitted by Hellenic Petroleum (Helpe). Block 2 lies in the northern part of the Ionian Sea, and was awarded last year to the French-Greek consortium linking Total, Edison and Helpe.

Helpe had submitted the only bid for block 1, and it said that was not because it was the most interesting in terms of hydrocarbons potential, but because Helpe wanted to protect the sovereign rights of the country in its dispute with Albania. With such problems out of the way, exploration in the northern Ionian could now proceed unhindered.