European governments need to do more to help oil and gas companies and stop using them as convenient scape-goats, the chairman of Spanish Repsol Antonio Brufau (pictured below) writes, in a July 15 column in UK business daily Financial Times.

While conceding this demand is just what might be expected of an oil and gas producer and refiner, he said Repsol had for a few decades been using its own money on renewable power, energy management, charging networks, gas for heavy-duty vehicles and much else besides. "The sooner public policy supports what industry is already doing, the better," he says.

Saying that Swedish teenager Greta Thunberg had "galvanised European society and politics" with the "simple goal" of reducing greenhouse gas emissions, the path to success is anything but straightforward."

And while governments attack fossil fuels with "eye-catching" announcements, they overlook the damage this could do to energy-intensive European industries, driving production to countries with more lax legislation. Reforestation, to pick one strategy, could absorb CO2 at just €15 ($16/7)/metric tonne, about half the price it trades at on the Emissions Trading Scheme; and a much smaller fraction of the money governments take in taxes on diesel and gasoline.

Meanwhile Spanish taxpayers subsidise elecric vehicles at a cost of about €900/mt of CO2 saved, while the cars are built outside Europe and bought largely by the "rich cities' elites" as second cars.

Some of the government's revenue should be used to reverse decades of "uncontrolled deforestation," create jobs in deprived areas, all the while offsetting the "entire EU road transport sector's emissions... while [carbon] removal technologies mature."

He said Repsol has a "clear plan to reduce carbon intensity per unit of energy generated by 40% in 2040 in line with the Paris climate agreement, something politics has yet to provide for countries. We need less rhetoric and more productive action. We would rather drive progress in partnership with politics than be used as a convenient scapegoat," he concludes. 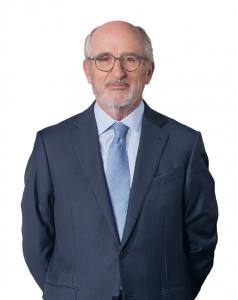