Getting the Best From the UK/EU Divorce

Until 2009 there was no express provision for withdrawing from the EU. Article 50 of the Lisbon Treaty expressly provides for this. It leaves a country’s decision to leave the EU to its own constitutional requirements.

Since the outcome of the referendum is not legally binding under the UK constitution, crowdfunded lawyers led by David Pannick QC and Rhodri Thompson QC have indicated an intention to judicially review any government decision to trigger withdrawal without an Act of Parliament. With Theresa May as the new prime minister and the new cabinet appointed, it is clear that the UK is on the Brexit path.

Paragraph 2 of Article 50 is clear that the decision to withdraw rests with the UK and that the EU cannot legally force the UK to trigger the withdrawal. David Davis, the new Secretary of State for Exiting the EU, made clear last week that the UK will not send the notification to the European Council this year.

Once triggered, the two-year period to hammer out the agreement setting out future relations between the UK and the EU will start ticking.  The only way of extending this period is with the unanimous agreement of the European Council. Since this may be difficult to achieve, it is suggested here that it might be an idea not to trigger the withdrawal until an agreement is reached with the EU that the two-year deadline will not apply and that the UK will remain in the EU until a mutually satisfactory agreement is reached. This is unlikely to be acceptable to the EU but perhaps an agreement could be reached to extend the period of negotiations to three or perhaps five years instead.

Regardless of how long the UK will have, the new deal will need to be approved by a qualified majority of the council and is subject to European Parliament’s approval.

The government is said to be considering the different agreements that countries such as Norway, Switzerland, Canada and Turkey have with the EU as the possible framework. As a member of the World Trade Organisation (WTO) and signatory to WTO Agreements in case no deal is struck with the EU before the deadline expires, the UK would find itself in the same position in respect of goods as Australia and the US are today vis-a-vis the EU by invoking the most-favoured nation provision.

EU law including competition law and state aid would not apply. The Norway model is unlikely to be the option favoured by the government since it would require the UK to adopt all EU law – including in the field of energy – without having any say in its adoption, to contribute to the EU budget and to allow the free movement of people. The free trade agreement agreed between Canada and the EU may be a better model albeit most services, agricultural goods and fisheries are not covered. 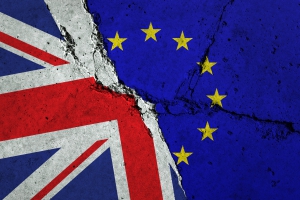 It would seem that a customs union along the lines of the one Turkey has with the EU with limited free movement comes closest to meeting the requirements of the leave campaigners. And perhaps some version of it would also be in the EU’s best interest. At this point it is not clear that cool heads will prevail in the negotiations and ensure the best interests of both are attained in any upcoming divorce.