The Christian Democrat CDU-CSU group in parliament led by Chancellor Angela Merkel and their coalition partners, the Social Democrat Party (SDP), agreed earlier this week to continue a ban on commercial fracking of unconventional resources, including shale gas, “until further notice”.

The current law in Germany sets out a ban on commercial fracking for shale gas until 2021.

But this week’s consensus between the two main parliamentary blocks means a law is expected to be enacted that will extend that ban indefinitely for shale and other unconventional resources.

The country’s environment minister Barbara Hendricks (SPD) said June 22: “I am pleased that the solution found now again clearly accentuates the requirements of environmental and health protection and extends these beyond the improvements agreed by the coalition already a long time ago.”

A limited number of non-commercial test wells would be drilled into unconventional resources, she said, “in order to fill in gaps in our knowledge about unconventional fracking” but that these would be carefully and scientifically conducted to study the effects of fracking on aquifers. 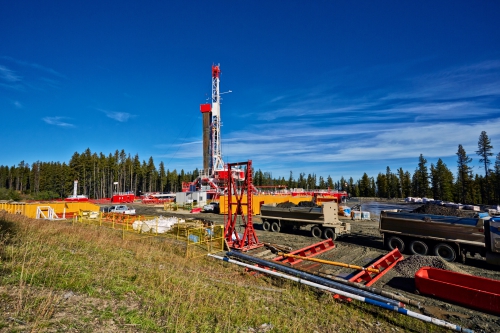 BVEG chief Dr Christoph Lower said: "Shale gas is an important option that, with this legislative package, is virtually dismissed out of hand. Instead of seizing opportunities, they are being blocked.”

However he expressed relief that fracking – used for decades to produce conventional gas onshore – would be clearly permitted: “We welcome the end of the logjam in the political debate about the conventional natural gas production.” The new regulations, he said, would considerably tighten where and when fracking may be used for conventional resources and he hoped this would provide a sustainable basis on which to continue traditional production.