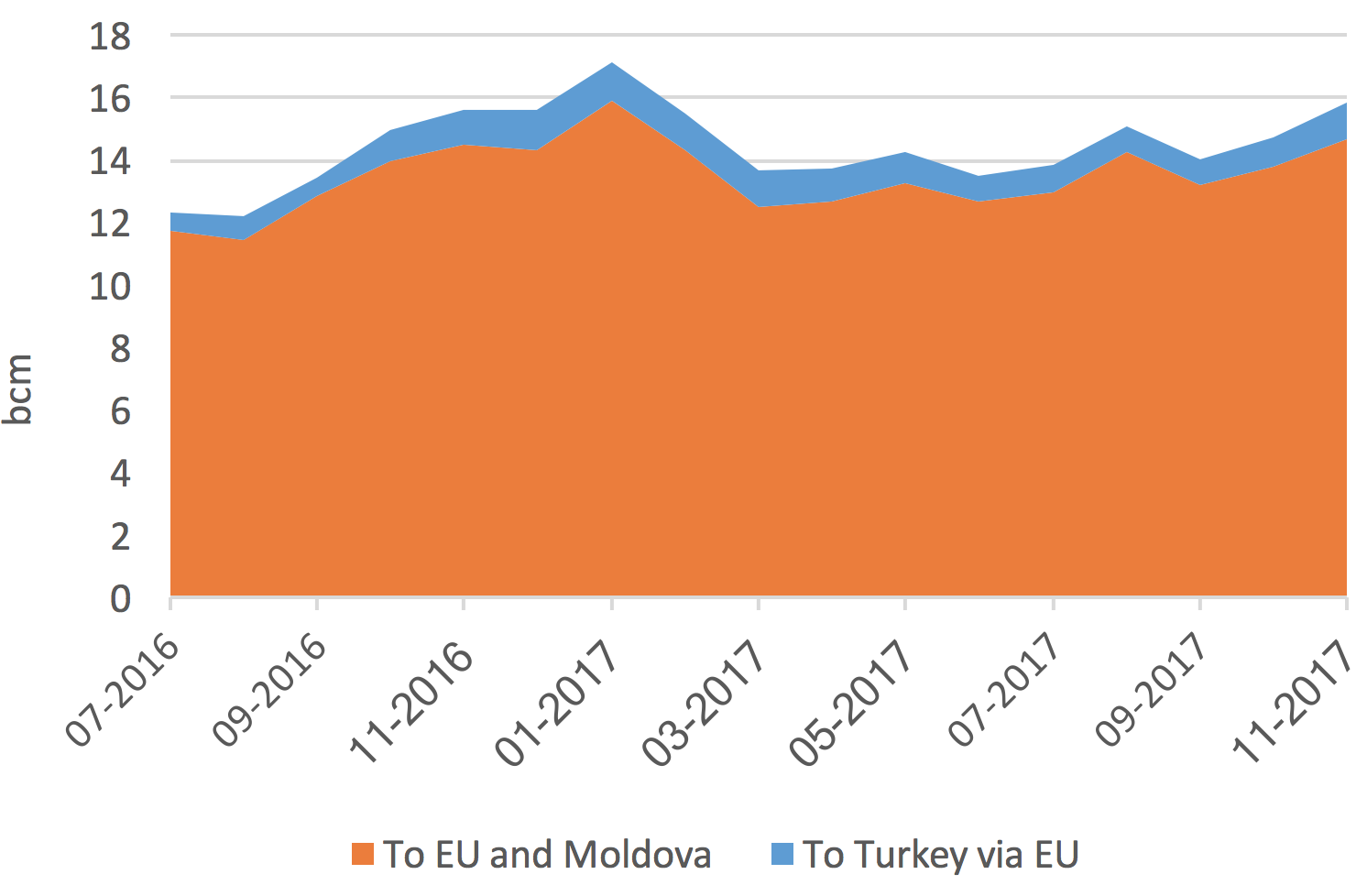 Gazprom's exports to Europe and Turkey rebounded in November, after the year-on-year drop in October. Following recent statements that “Gazprom’s flows to the EU have already reached a new record high” [1] and “this year, Russian gas transit through Ukraine has hit its nine-year high. Naftogaz transported over 70bn m³ (+23% year on year) of Russian gas to EU countries and Moldova through Ukraine over the first 9 months of 2017”[2], we have added to the graphs the maximum effective (16.1bn m³) and maximum theoretical (17.5bn m³) monthly export capacity. The maximum effective monthly export capacity is taken as the sum of the records so far, ie: 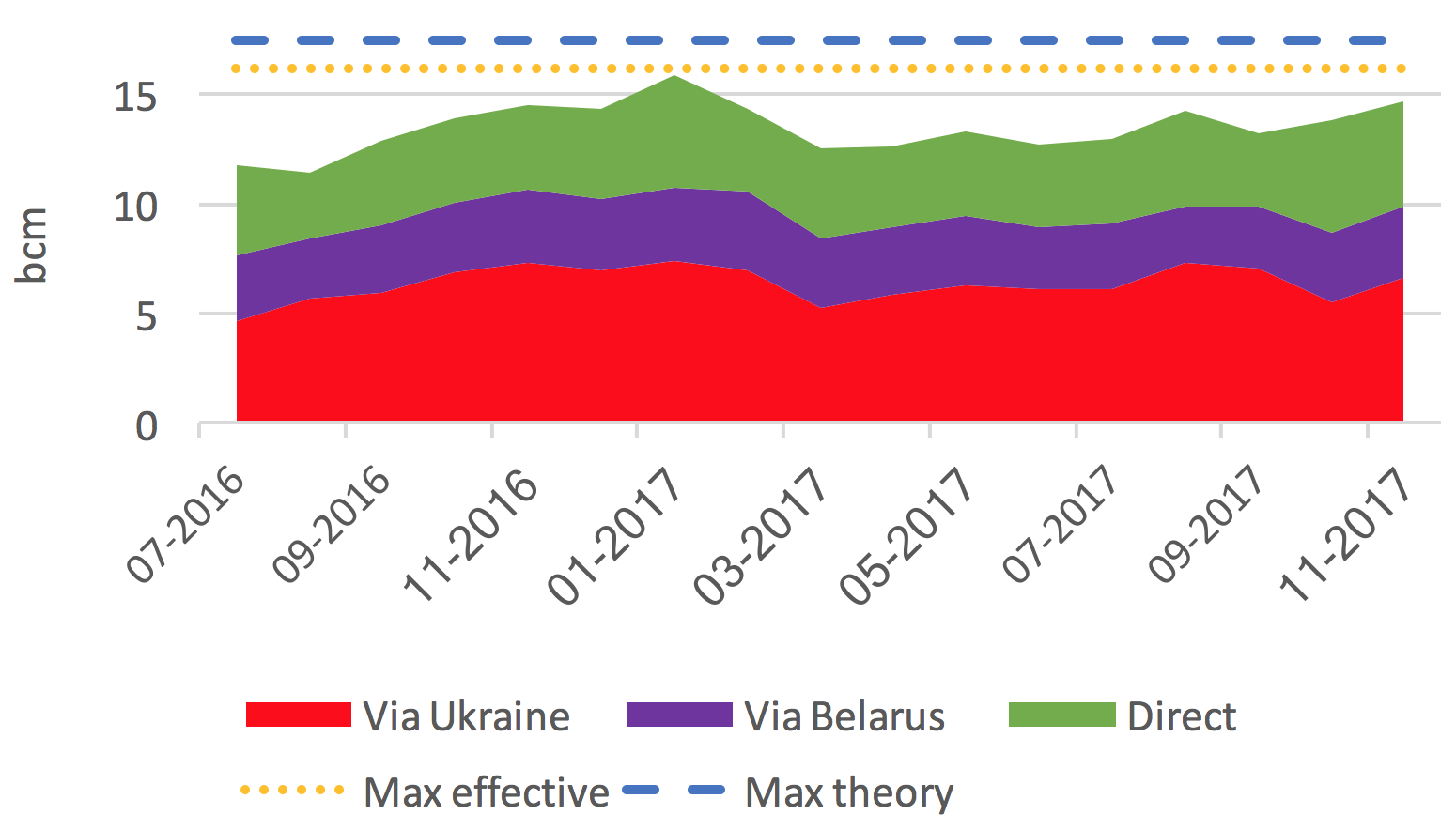 Gazprom, which tested a new mechanism of sales using gas auctions in 2015 and 2016 (for a total of 3.6bn m³), announced November 7 that it would not hold any auctions in 2017 as it had already sold enough gas.  This is a further proof, as stated last month [4], that the strategy of Gazprom is not to flood the EU market but to adjust volumes to maximise revenues, which are a function of volume, prices and competition.

This is the opposite of the IEA World Economic Outlook 2017 view of Gazprom, which it sees as willing to provide additional gas to the EU without first waiting for a market signal. It says: "If global gas markets were to tighten, Russia could quickly ramp up pipeline gas exports to Europe and displace some LNG there that could then be re-routed to alleviate shortages elsewhere,"[5] but this is economically and politically wrong-headed. Like all companies, Gazprom uses its market power for its own benefit. Hence consumers need to make sure that markets stay as competitive as possible to mitigate the effect of any supplier wielding excessive market power. 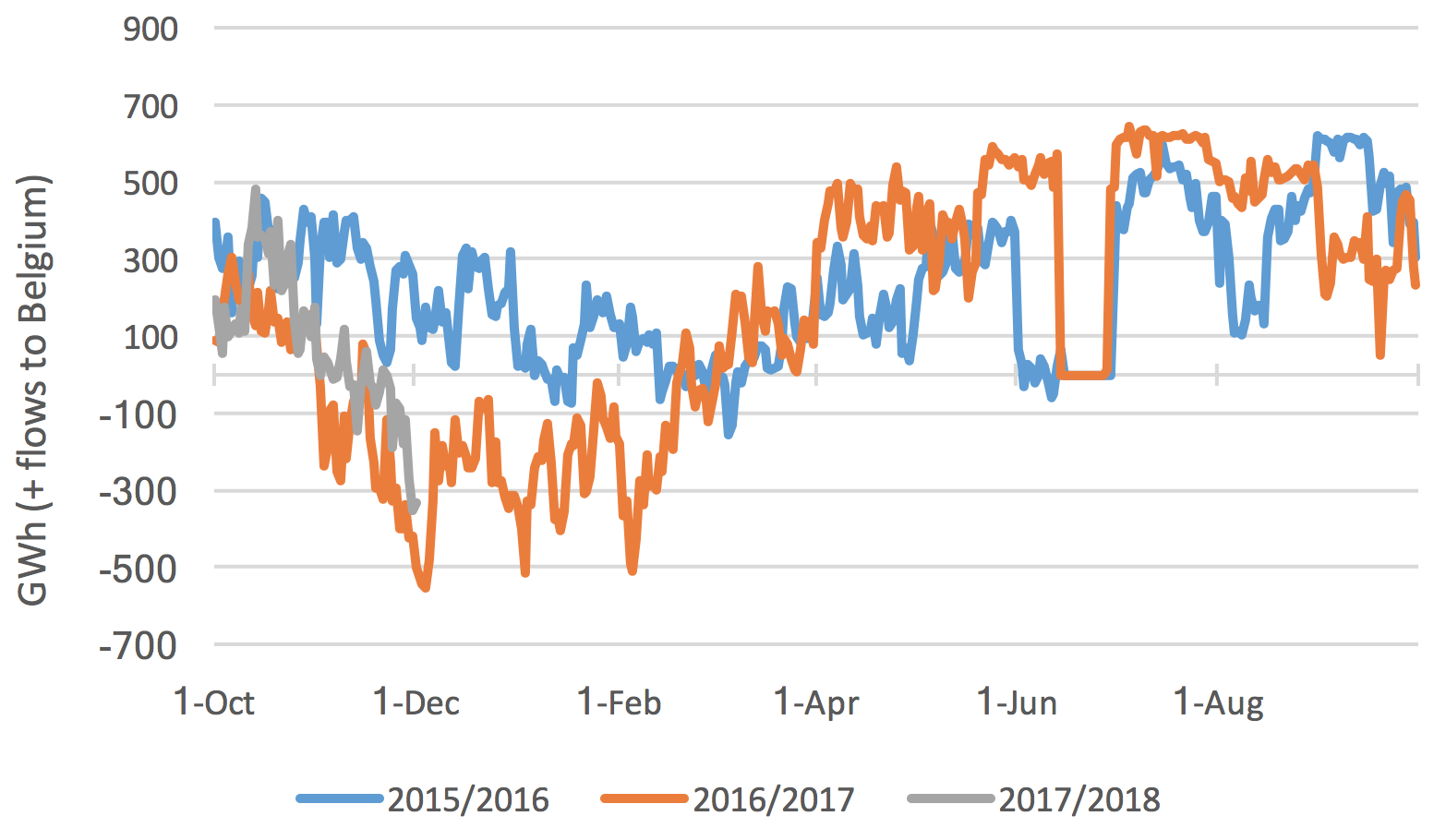 With the IUK now importing gas from Belgium and the major UK storage (Rough) closed, the Continent needs more imports. But with limited LNG competition, Gazprom can enjoy higher prices for its gas… The IEA 2040 energy trends could again[6] be wrong just a few weeks after publication!

[1] “Russian Gas Export in January-October 2017 Tops the Figures of Previous Years” at http://www.gazpromexport.ru/en/presscenter/news/2065/

[6] In 2011, the IEA World Energy Outlook title was “Are we entering a Golden Age of Gas?” The question-mark was the IEA's get-out clause, as while some regions of Asia and most of North America could be said to be entering the golden age, the EU was then witnessing its first decade-long gas demand destruction.