According to Gas Infrastructure Europe , the record daily LNG regasification record was again broken early last month, with 4.1 TWh on 4 April 2019. This can be easily explained as spot Asian LNG prices were then sub $4.5/mn Btu, so even lower than Europe, which is extremely rarely seen.

With the return of the Asian premium in the second part of the month, there was some decline in LNG send-out, but a lot of LNG is still reaching Europe. Europe is the flexible market that can accommodate any volume thanks to its massive import and storage capacity. 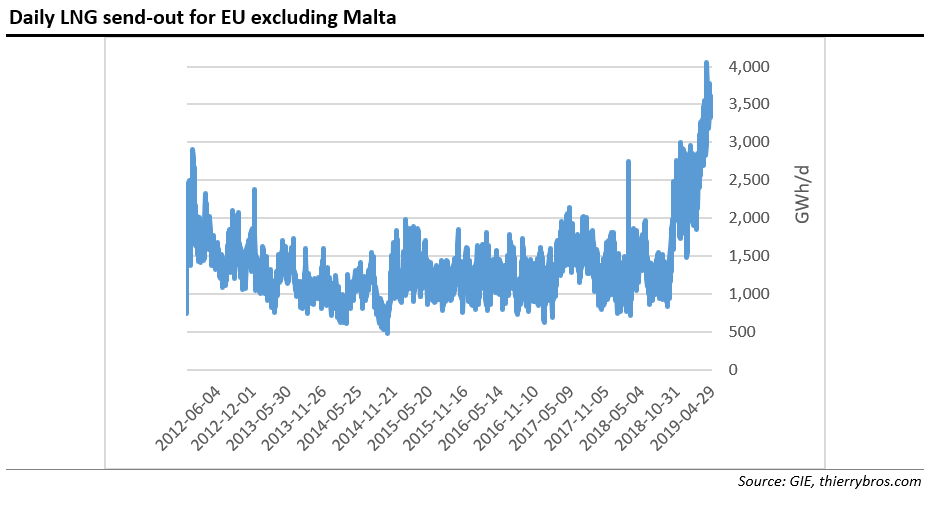 In April Gazprom’s flows were up (+3.4%) vs last year but stable (+0.2%) vs last month. The low transit to Turkey via EU is still on-going as, since 12 February, this line has seen very little gas flowing. 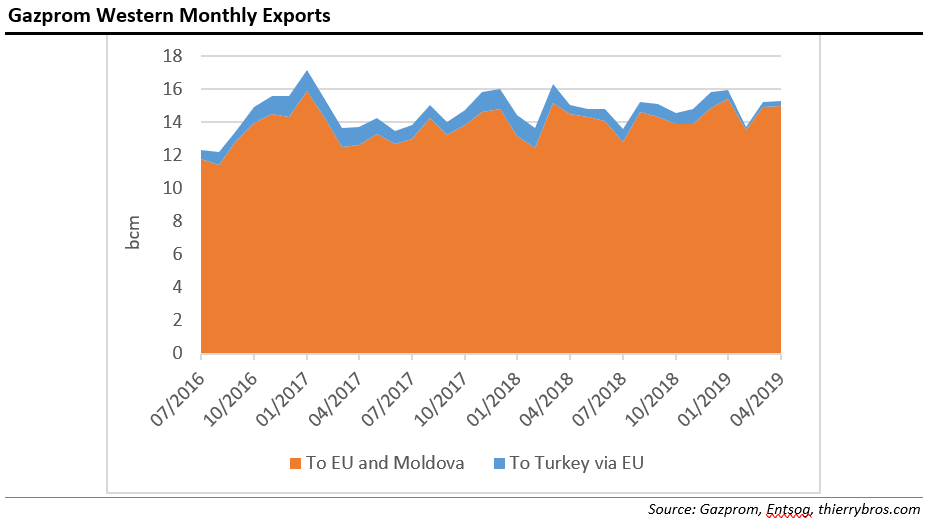 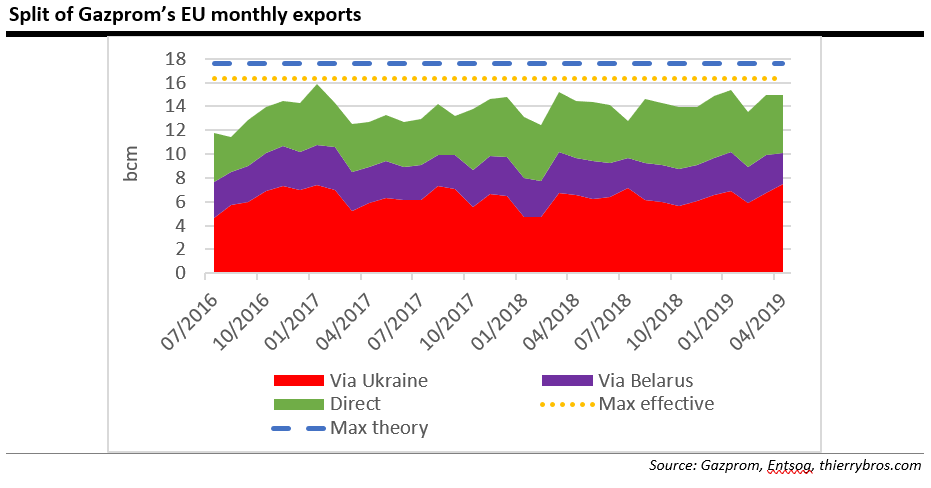 Following Gazprom Export's 2018 country-by-country volumes , it is interesting to see that Germany was the country that did get the most Y-o-Y increase with an added 5bn m³ (+9.5% Y-o-Y). Germany was in 2018 64% dependent on Gazprom. And this is even without Nord Stream 2.

Speaking of Nord Stream 2, Nord Stream 2 CEO Matthias Warnig wrote April 12 to European Commission president, Jean-Claude Juncker, to say that if his pipeline is not eligible for a derogation from the new rules, the measure would be discriminatory against Nord Stream 2 as a Swiss investor and the EU may be breaking the international Energy Charter Treaty (ECT).

In short Russia, the ultimate owner of Nord Stream 2, and not a signatory to the ECT, is threatening to take EU to court under the ECT because the project is headquartered in Switzerland! On 17 April, Nord Stream 2 filed also an appeal against the March 26 decision of the Danish Energy Agency related to the North-western permit application requesting Nord Stream 2 to investigate and submit an environmental impact assessment.

With so much LNG and pipe gas arriving in Europe, injection started early this year and storage should be full to record level ahead of next winter. 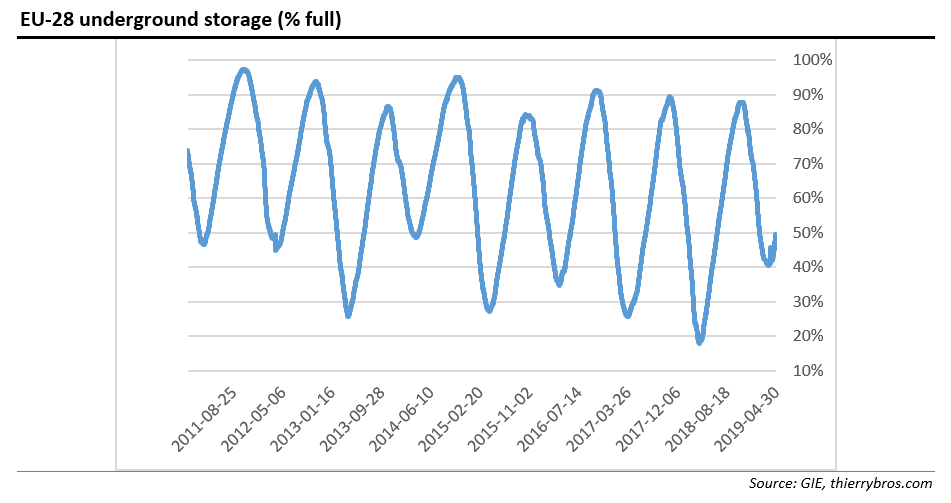