Gazprom sent more gas westward last month than it had in February and used more of each of its pipelines in order to achieve this. Exports rose 16.4% on the month and 8% on the year, with flows through its newest route, TurkStream, reaching a new monthly record of 1bn m³. 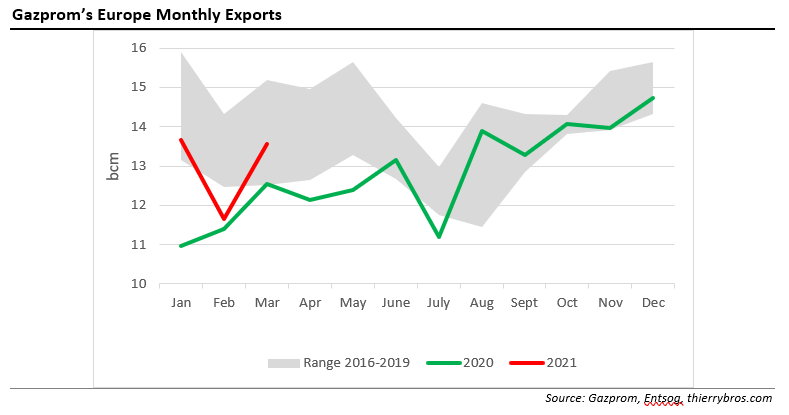 The transit deal signed December 29, 2019 between Gazprom and Naftogaz provides for 40bn m³ transit for 2021. As the 40bn m³ has to be at a uniform flow of 110mn m³/d, lower historical flows cannot be offset against higher contracted flows. For higher flows, Gazprom needs to book additional capacity with the operator Gas Transmission System Operator of Ukraine (GTSOU), as it did last year. 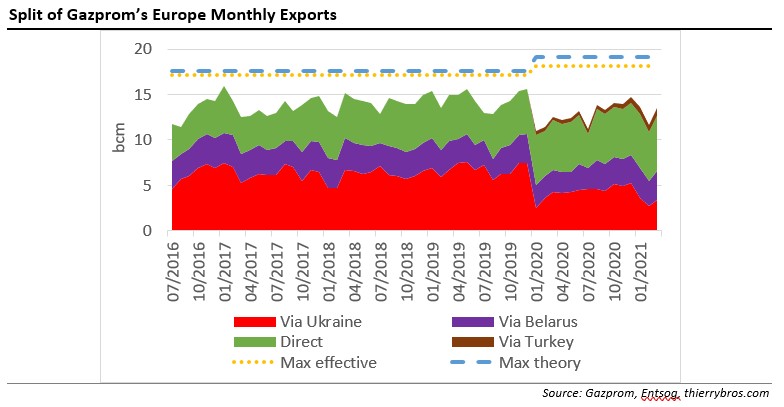 At 3.4bn m³, the transit across Ukraine was – just – within the contracted allowances. This tends to prove that, when signing the 2019 contract, Gazprom was not so sure of Nord Stream 2 being in operation but was confident that TurkStream would be able to reroute some of the 2020 Ukrainian transit. 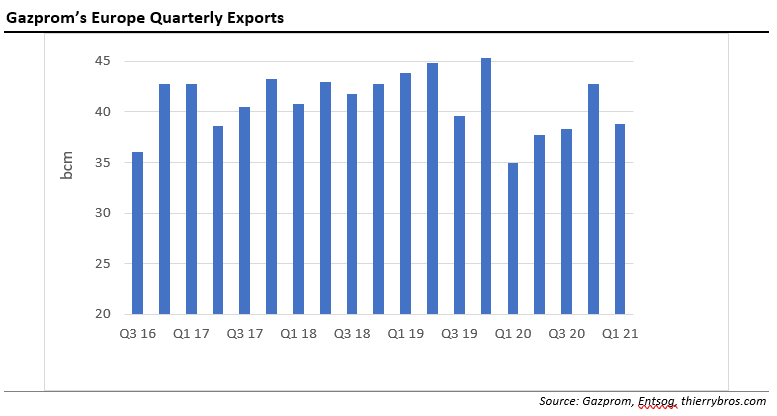 The impact of coronavirus will continue – until the European Union manages to vaccinate its population – to restrain Europe demand and hence its gas import needs, but the worst is now over. Even if Europe still faces lockdowns, Gazprom’s Q1 21 exports were 11.3% higher than the same period last year. It is going to be very interesting to see, once the coronavirus crisis is over, how European citizens behave in relation to energy and their way of life… Could Europeans decide to enjoy life and dismiss their leaders' promises of achieving a cleaner world via legal, administrative and regulatory constraints? 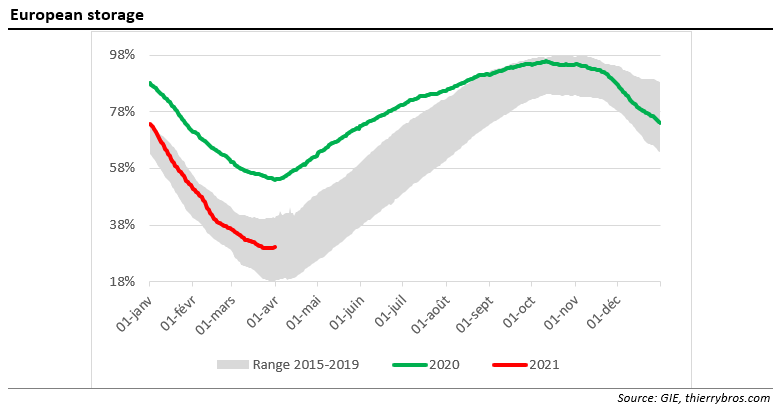 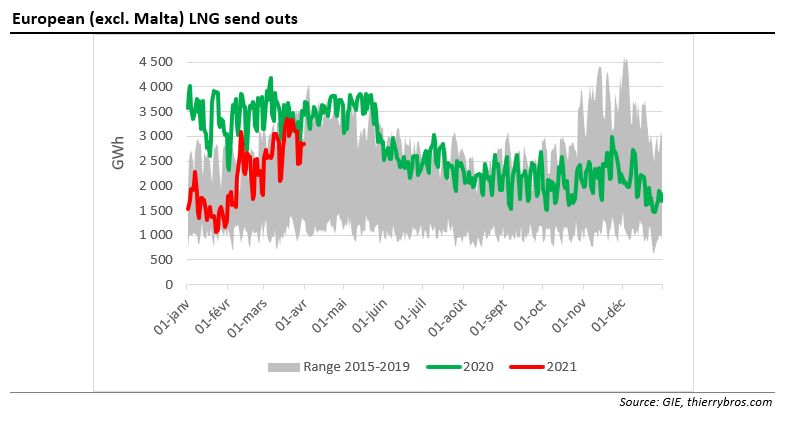 In March, LNG send outs were down  17% vs last year but up 45% vs February as the Asian pull[1] is now over and Europe needs to refill its storage.

[1] Record high prices in Asia diverted in January all possible spot trade away from Europe.