Russian gas exports to the European Union (EU) were slightly down compared with August 2018 but up 8.3% on September last year and on track for another record-breaking year. 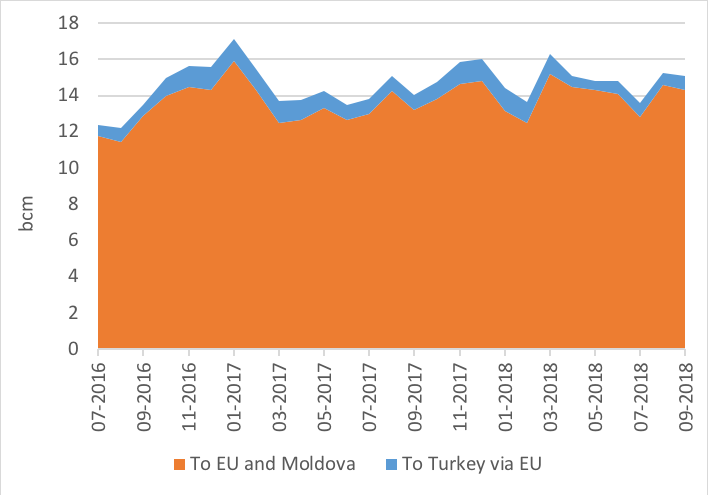 Even if there were some specific days of record daily deliveries of Russian gas to the EU, on average Russian flows in September were down 1.9% and this was mainly because of a growth of Russian flows to Turkey via Ukraine, excluded in this monthly EU analysis.

The overall monthly drop affected all routes: Ukraine was down 2.4%; direct flows (including Nord Stream, Finland) down 1.9%; and Yamal-Europe down 1.1%. 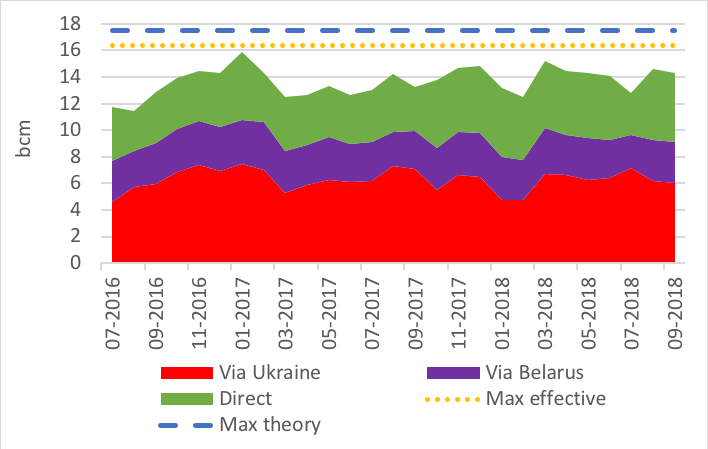 With 3.7bn m³ (+3%) more exports from January-September this year than last, a decline in domestic EU production and a tight LNG market, Gazprom is well placed to provide record volumes in 2018…