Russia has launched a plan to invest some rubles 1.9 trillion ($25bn) over the next decade in expanding domestic access to natural gas, both for economic and environmental reasons. State-owned Gazprom is widely expected to bear the bulk of this gasification programme, although regional and federal authorities could also pitch in.

Bolstering the domestic use of natural gas has become a cornerstone of Russian energy policy. The government sees gas as a means of cutting heating and electricity bills, bringing about economic gains, and reducing emissions in coal-dependent cities. One such city is Krasnoyarsk in eastern Siberia, which Russia’s national weather service estimates had the dirtiest air of any population centre in the country in 2018.

Russia’s least gasified areas are Siberia and the Far East, where many power plants are either coal-fired or hydroelectric. In contrast, much of European Russia relies on gas-burning and nuclear power stations. Meanwhile, many households in less-gasified areas rely on canisters of liquid petroleum gas for their heating needs.

The government wants to increase the share of the population with access to piped gas from the current 70% to 83% by 2030, by constructing thousands of kilometres of pipelines. This will be a significant feat, considering the level of gasification rose by only 7 percentage points between 2010 and 2020.

Much of the work will involve expanding region’s existing gas grids to reach more settlements. In areas like Krasnoyarsk, though, Gazprom will have to build gas infrastructure largely from scratch and lay trunk lines to connect them with western Siberian supply. Once a market has been established, local production will also be incentivised in some areas.

Russia, and specifically Gazprom, have another motive for expanding the domestic gas market. The country has significant untapped gas reserves – Gazprom alone estimates that it is sitting on a 26.5 trillion m3 resource on the Yamal peninsula and in surrounding waters. And exploration continues to yield more discoveries, most recently at the Leningradskoye field in the Kara Sea.

Developmental challenges in this high-cost, remote region are one issue, but another is ensuring there is a market for the gas. In its latest World Energy Outlook, the International Energy Agency estimates that gas demand in Europe will never again reach the level it did before the pandemic. As indigenous production declines, the continent’s import needs will see further growth, but they will begin to level off and start contracting in the 2030s.

Gazprom is hoping to carve out more market share in China, with plans to build a second pipeline through Mongolia that would help shift some of Yamal’s gas. But it remains to be seen whether this ambitious project will ever get off the ground.

This explains why Gazprom is looking inwards for ways of ensuring future gas revenues. In addition to the gasification programme, it also wants to increase the use of gas as a transport fuel. The company agreed earlier this year to provide a joint subsidy with regional authorities to encourage motorists to convert their vehicles to run on compressed natural gas.

“International competition is rising and European gas prices are not as good as they once were,” Dmitry Marinchenko of Fitch Ratings tells NGW. “Gazprom sees the domestic market as an opportunity to increase sales.” 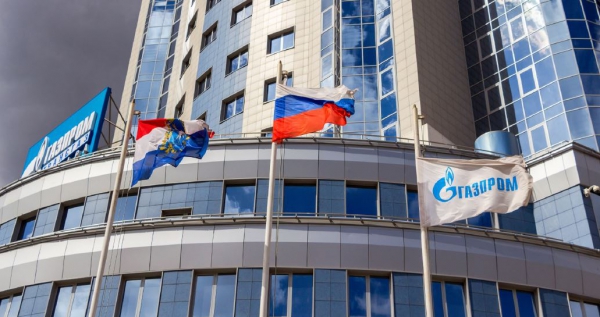 The European gas market has traditionally been Gazprom’s main money-maker. But gas sales in Russia have grown in importance over the years as the gap between domestic and international prices has shrunk, according to Marinchenko. And this is a trend that is set to continue, he believes.

Gazprom will be unable to fund the gasification programme alone, however, without “leading to a drop in federal budget revenues,” Russia’s former energy minister Alexander Novak said in an article written on November 9. This was a warning that the company’s dividend could be affected.

Novak stepped down from his position that day and has gone on to serve as a deputy prime minister, where he will continue to oversee key aspects of Russian energy policy. He was replaced by Nikolai Shulginov, former chairman of the board of Russian hydroelectric firm RusHydro.

Analysts doubt if Gazprom will be forced to bear the cost of the gasification work on its own. At around rubles 200bn each year, this would be equal to about a fifth of Gazprom’s annual capital expenditure, Marinchenko estimates. Indeed, management told investors in the company’s conference call on November 30 that the group envisaged the gasification work costing rubles 900bn in 2021-25, but Gazprom only expected to invest rubles 526bn. What is more, the company’s dividend is unlikely to be at risk.

The finance ministry has been wrangling with the country’s largest state concerns to force them to pay more of their profits into federal coffers for years. It finally succeeded with Gazprom in May last year, with the company’s management agreeing to more than double the dividend to rubles 16.6/share. Investors were impressed, with Gazprom’s share price rocketing up 30% in the days after the shift in policy was announced.

Gazprom has pledged to raise dividends to at least 40% of IFRS profits from 2020, and at least 50% of income from 2021. There is still scepticism among investors that the company will deliver on its promises, Ron Smith at BCS Global Markets tells NGW. Even so, he believes Gazprom is unlikely to go back on its plan, given how hard the government fought to get the gas firm to hike its payments.

Its management stressed its commitment to dividend goals in the November 30 conference call, despite reporting widened net losses and increased leverage for the third quarter. “It was a very long running battle by the ministry of finance to get state-owned enterprises to start paying regular dividends at a reasonable level,” Smith says. “They’ve now got everybody at 50% of income, there’s no way they’re going to back off on it, because it would be giving up on nine years of gains.”

Deputy energy minister Pavel Sorokin proposed in late September that Gazprom’s dividend could be cut to finance the gasification programme, but the suggestion was quickly shot down.

The deputy chairman of Gazprom’s management board, Famil Sadygov said the company was committed to funding the gasification programme without reducing its dividends. He proposed that financing could be obtained through the issue of perpetual bonds. These bonds would be denominated in rubles, given most of the cost of the work will be in the Russian currency, as well as the future revenues from new gas customers.

Sorokin’s words also appeared to prompt a public rebuke from prime minister Mikhail Mishustin, who warned officials in a government meeting on October 1 to be more careful in commenting on listed companies so as not to affect their share price.

“Every word we say is carefully analysed by business and financiers,” he said. “Ambiguity in words about Russian public companies can be negatively interpreted and affect quotations and investment decisions, causing direct damage to the economy. I ask you to be attentive in this matter.”

Marinchenko believes the cost of the gasification programme will likely be shared with regional governments, describing this as a “reasonable approach.” Federal authorities may also be involved in negotiations, he says.

The gasification programme is unlikely to affect Gazprom’s overall level of capital spending, which is calculated based on conservative forecasts for operating cash flow, setting aside a sum for dividend payments. As such, capex depends greatly on gas price trends in Europe.

“Gazprom’s capex is not built from the bottom up,” Smith says. “It’s more of a question of how much money do they have and then they go and spend it. So when they raise the dividends, they automatically decrease that initial capital budget by taking money off the table.”

However, the programme will deliver a very weak rate of annual return – a maximum of only 2-5% of invested capital, according to Smith. This is funding that could otherwise be spent at more lucrative projects.

“This is partly just the nature of infrastructure investments, which tend to be relatively low return to begin with,” Smith says. “And there’s a reason that some of these cities haven’t been hooked up – they’re not that large, there’s not going to be that much demand.”

“This is not a purely commercial project – this is a social project,” Marinchenko adds.

Non-payment for gas supplies is far less of an issue for Gazprom in Russia than it was in the early 2000s. But the company still has serious difficulty with collection in certain regions, which will further weaken returns from gasification.