With 43.9bn m3 exported to the EU in Q1 2019, Gazprom witnessed an all-time high, 1.4% above the previous record (Q4 2017), according to analysis. And this was despite the sub-$5/mn Btu day-ahead and month-ahead spot prices at the Dutch hub, the title transfer facility (TTF) for March; and the record amounts of LNG injections. According to Gas Infrastructure Europe, the record daily regasification quantity was 3.6 TWh on March 25, 2019. This can be easily explained as spot Asian LNG prices (the SP Global JKM) went below $4.5/mn Btu -- lower than the TTF, something extremely rarely seen. 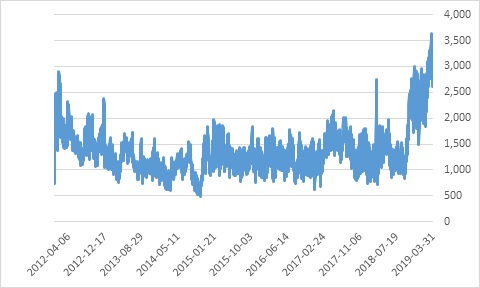 In March Gazprom’s flows were down -1.5% compared with last year but massively up (+10.4%) on February, although February only has 28 days. The low transit to Turkey through the European Union is still on-going with very little gas flowing since February 12. 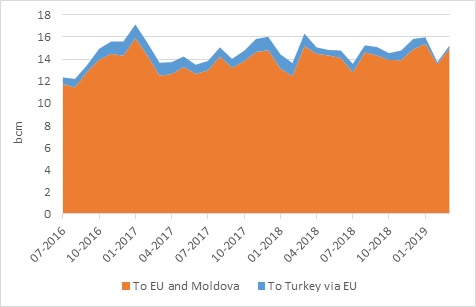 In March, all export routes rose compared with February. 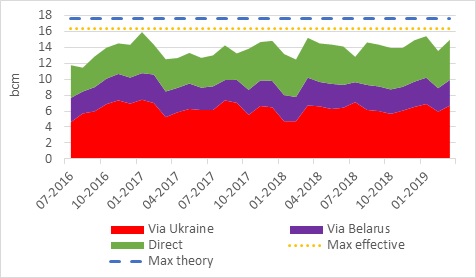 Gazprom’s quarterly exports to the EU 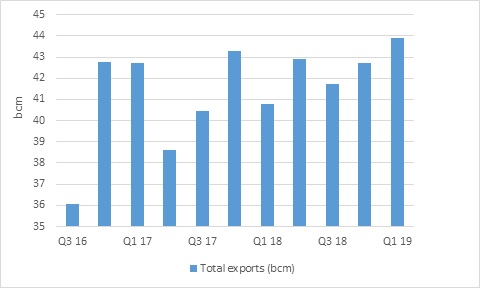 In its presentation to investors, Gazprom confirmed our analysis of full-year European gas demand (-3.4% for Gazprom vs -3% for our EU-28) and mentioned that its market share grew from 27.3% in 2011 to 36.7% in 2018. As Gazprom does not take EU-28 as its European definition, we will need to wait for a country-by-country split to be able to have the EU-28 effective Gazprom’s dependency.

With so much LNG and pipe gas arriving in Europe, injection started early this year and storage should be full to record level ahead of next winter. Full storage level and high regas send outs are the best options to mitigate a no-deal Ukrainian transit risk and a non-operational Nord Stream 2 that are highly probable on January 1, 2020...