With Russian gas flows down to European Union (EU) in January, Gazprom is severely reducing transit via Ukraine. After record Russian exports to the EU of 165bn standard m³ in 2017, January 2018 started on a weaker note with exports down 11% vs December 2017 and a massive 17% vs January 2017. Only transit via EU to Turkey was up by 6%. 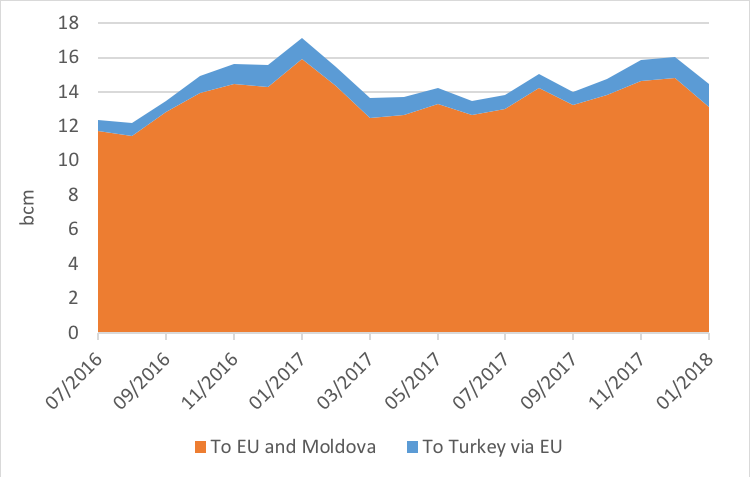 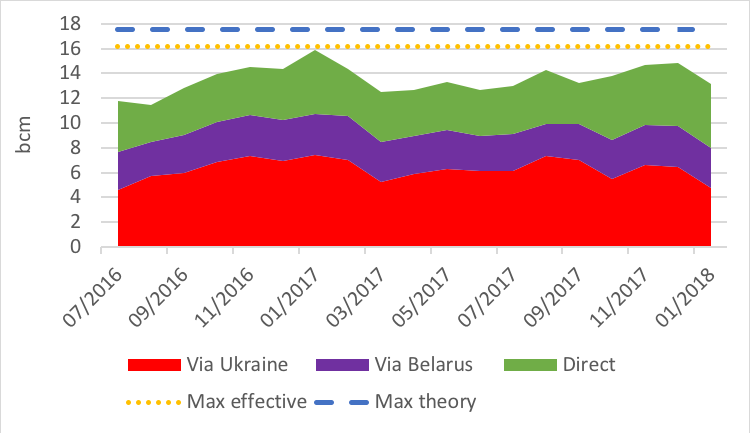 In our 2017 full year analysis, we were expecting a 15% decline on a yearly average for transit flows via Ukraine (2018e vs 2017). But with flows via Ukraine this January at the lowest level recorded since summer 2016, the 2018 trend could be even more negative for Naftogaz revenues as Gazprom favours direct links. And when TurkStream  becomes operational, it is likely that Gazprom will avoid transiting any gas via Ukraine and the EU to Turkey that could then benefit from a direct link putting another 12bn m³/yr at risk for Naftogaz transit revenues…