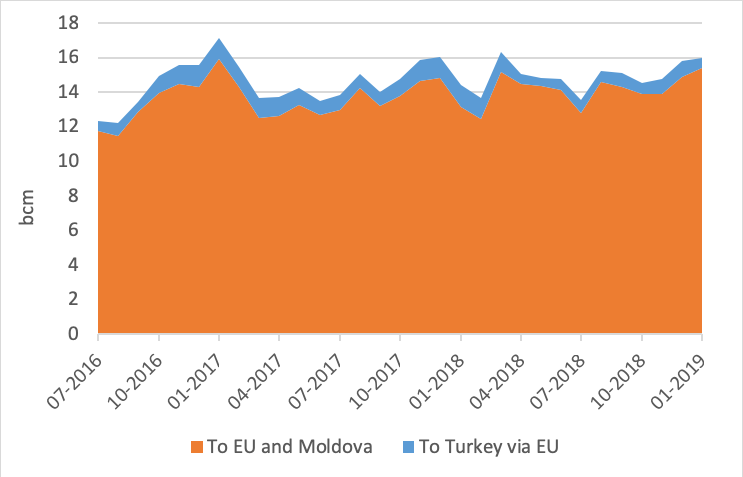 In January all routes witnessed an increase in flows (5.9% via Ukraine and 4.4% via Belarus) with the exception of Nord Stream (pictured), which was already at maximum. 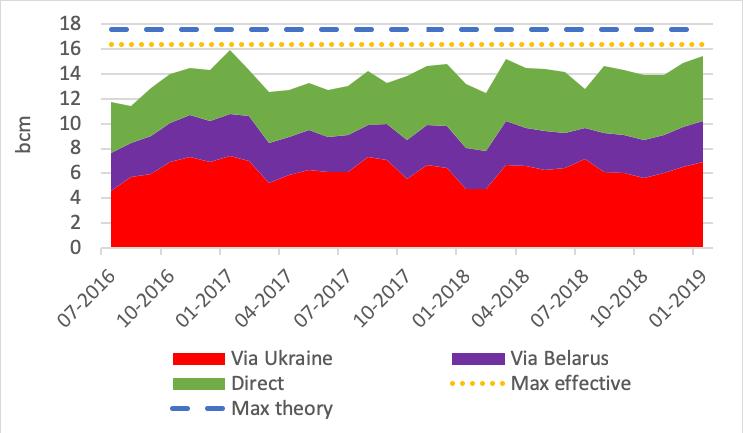 With a difference of 2.8bn m3/month between the maximum and minimum effective flows via Ukraine, this transit route is essential as it provides not only the highest share (44%) but also the most flexibility (in volume) to Gazprom’s exports. 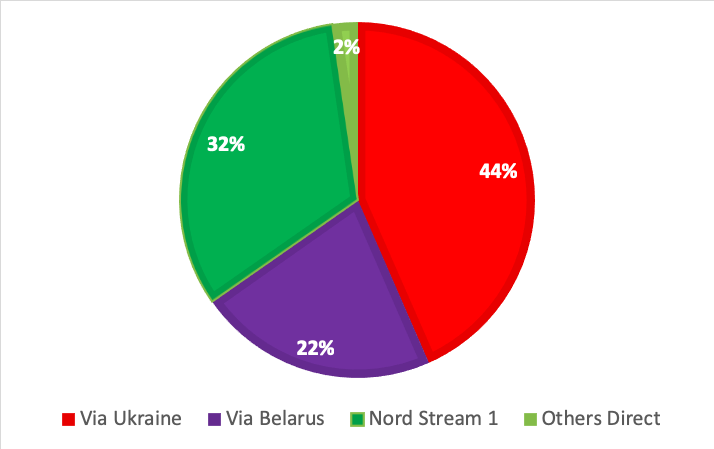 On 21 January, a trilateral ministerial meeting between EU, Russia and Ukraine was held in Brussels[1] on the future of gas transit via Ukraine post 2020, with the next ministerial meeting scheduled in May. The EU proposal regarding the duration, volumes, and tariffs has not been made public. According to Naftogaz, “the new gas transit contract should be long-term, i.e. 10 or more years, and provide for transit volumes that would be economically viable for a high-profile European investor”.[2] Perhaps the likely outcome could look like a up to 100bn m3/yr, fixed €1bn ($1.1bn)/yr, 10-year contract with a revision in five years’ time… But with Gazprom more focused on Nord Stream 2 construction than the transit negotiations and vice-president for energy union Maros Sefcovic now on leave for campaigning at the Slovak presidential elections, the probability of a transit deal to be signed in 2019 has further decreased…