Gazprom’s overall flows westwards were down in August compared with last year (-7.8%) but up compared with July (+5.7%). After the end of the Nord Stream annual scheduled maintenance (July 13-23), the Russian pipeline gas exporter sent 32.5% more gas to Germany than in July, while flows through Belarus were down 28.6% on the month. 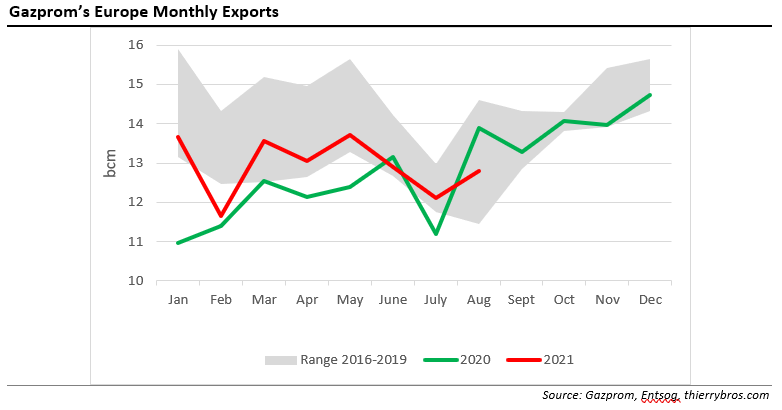 The transit deal signed in December 2019 between Gazprom and Naftogaz provides for 40bn m³ transit for 2021. Spread evenly over the year at 110mn  m³/d, any lower historical flow cannot be mitigated by higher contracted flows. For higher flows, Gazprom needs to book additional capacity to the operator Gas Transmission System Operator of Ukraine (GTSOU), as it did last year. But Gazprom seems, so far, unwilling to do so, with transit volumes via Ukraine capped at the maximum contracted allowances. 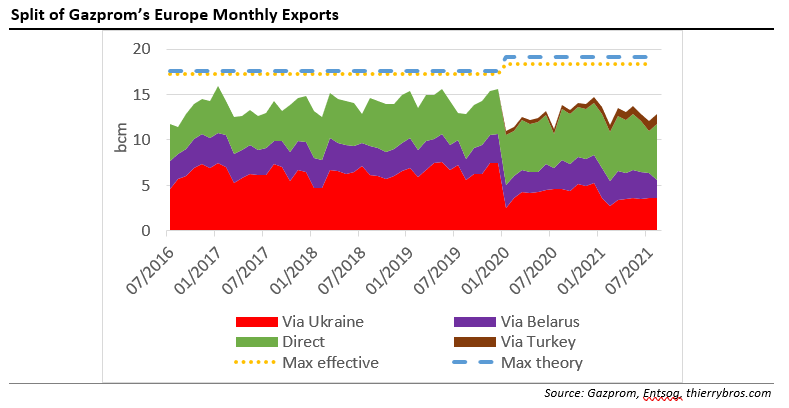 LNG send outs were again down on last year as high prices in Asia are still making Europe slightly less attractive. Year-to-date, Europe LNG regas is down by 19bn m³ compared with last year, but fortunately up 8bn m³ compared with the historical average. 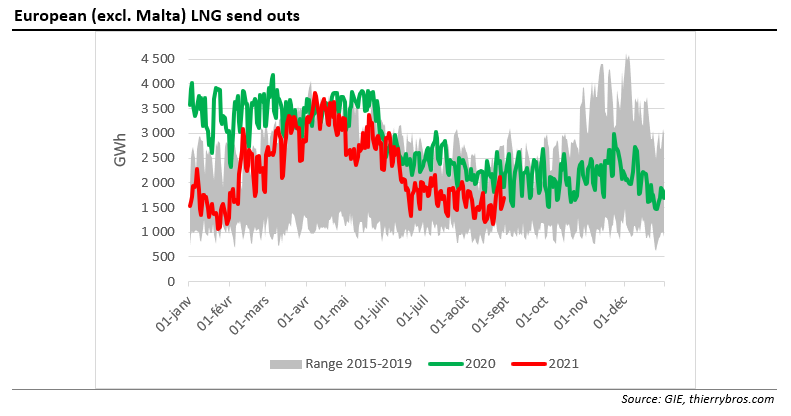 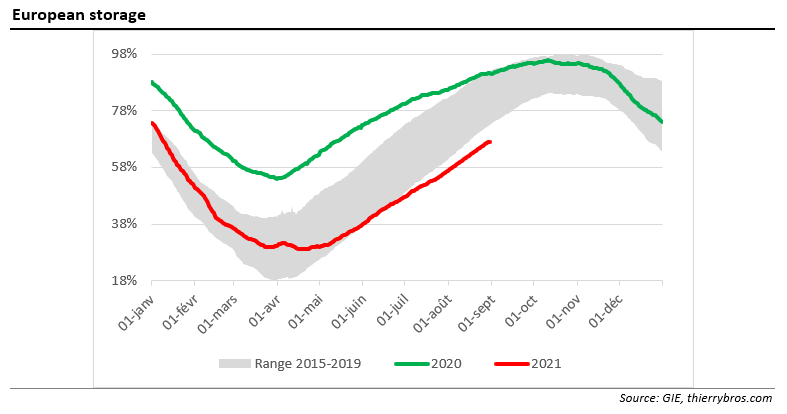 Gazprom is now benefiting from record prices[1] but seems reluctant to pay for additional capacity in Ukraine to benefit also from increased volumes. It could be viewed as a way for Gazprom to make the case to Europeans that gas is absolutely needed in an energy transition world. But unfortunately for final customers that are going to face sky-rocketing energy bills, policy-makers in Brussels do not seem to notice/care as they are focused on their net zero 2050 hydrogen scenarios. 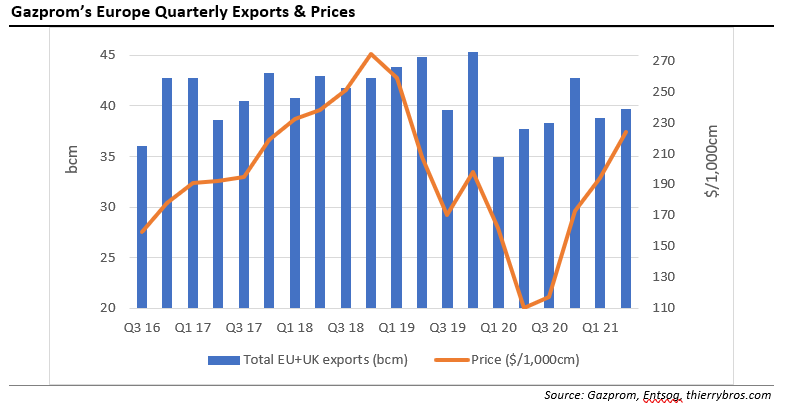 The Nord Stream saga continues. On 25 August, a German court ruled that Nord Stream 2 will have to comply with EU competition law on unbundling and third-party access. This ruling is a setback for Nord Stream 2, making it unlikely to be able to flow the expected 5.6bn m³ of gas by the end of the year.