Gazprom is still unwilling to increase transit volumes via Ukraine leading to record low storage for end of June and it is using other routes more, notably TurkStream, according to data. 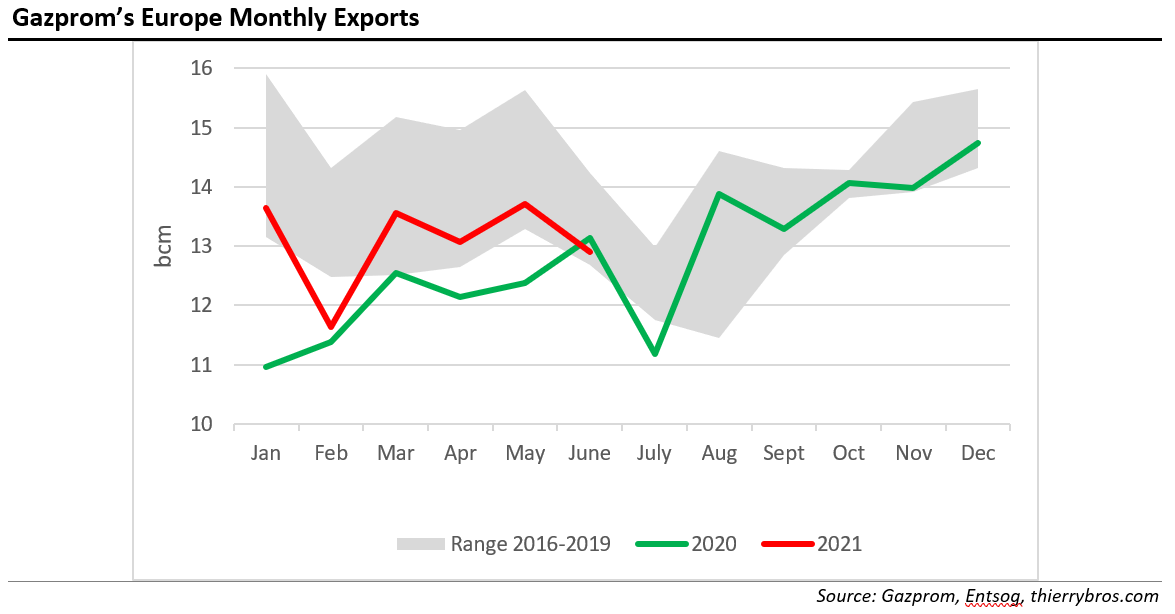 The transit deal signed in December 2019 between Gazprom and Naftogaz provides for 40bn m³ transit volumes for 2021. As the volume is to flow uniformly at 110mn m³/d, lower flows cannot be offset with higher flows later. To transit more, Gazprom needs to book additional capacity with the operator Gas Transmission System Operator of Ukraine (GTSOU), as it did last year. 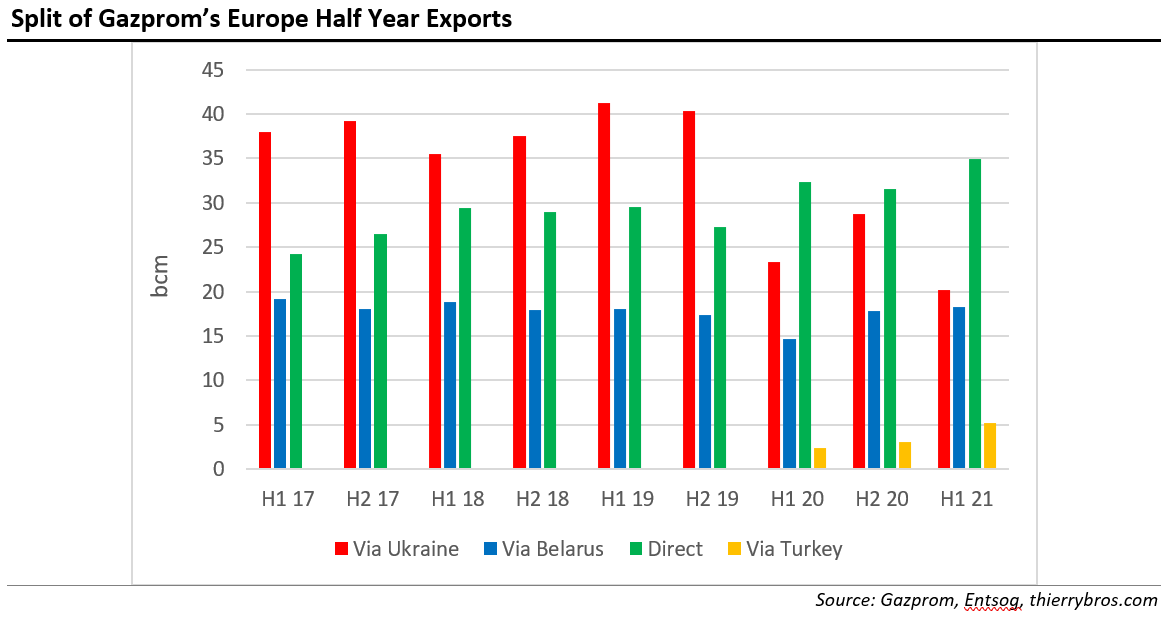 But Gazprom seems, so far, unwilling to do so, with transit volumes via Ukraine capped at the maximum contracted allowances. The limited swing in exports is done through all other routes, particularly thanks to the ramp-up of flows through Turkey. 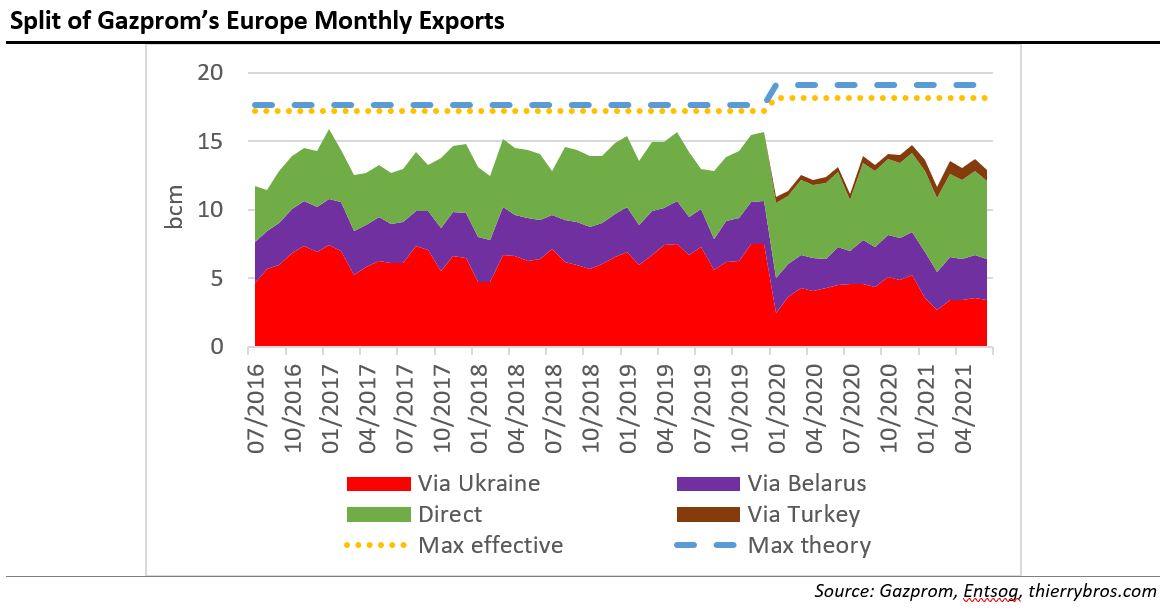 Gazprom is now benefiting from record European gas prices but is still reluctant to pay for additional capacity in Ukraine to benefit also from increased volumes. It could be viewed as a way for Gazprom to show the needs of Nord Stream 2…

In June, LNG send outs were in Europe down respectively by 15% and 22% vs last month and last year as record prices in Asia are making Europe less attractive. 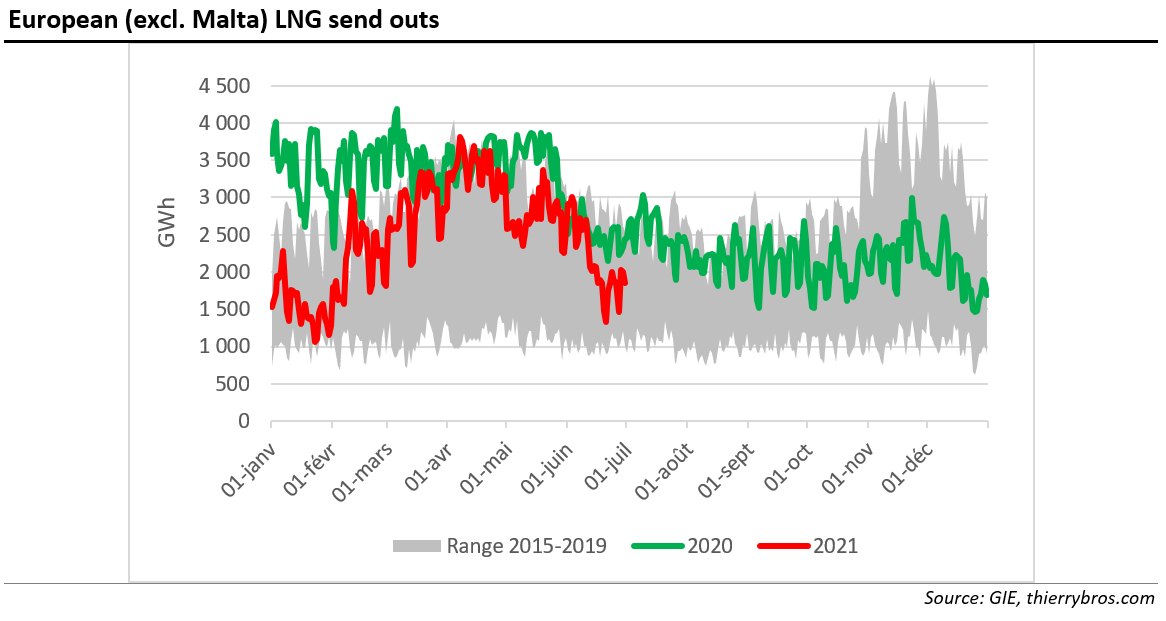 On April 16, Europe’s gas storage was at its lowest (29% full) before a delayed feeble injection period. The late cold spell and limited Russian and LNG flows are pushing storage lower than its 2015-2019 historical range. 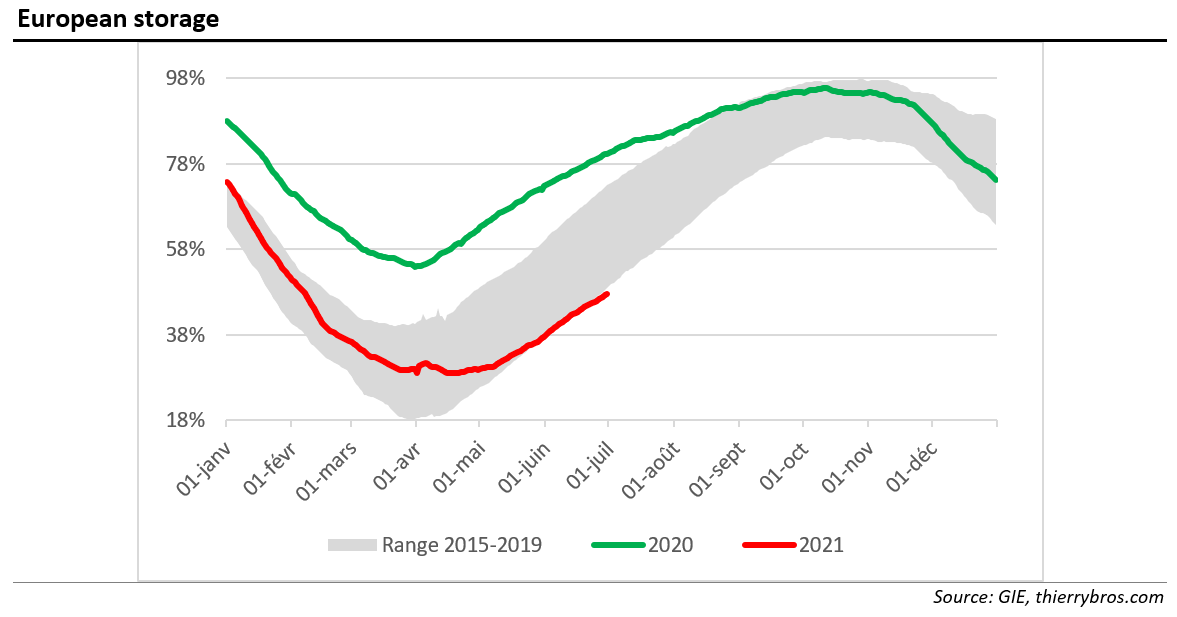 With so much more storage to fill, will Gazprom continue to limit its flows via Ukraine to avoid booking extra capacity or would it react? The economic rational answer should be to supply more needed gas but the uncertainty strategy is providing added benefits. Even if Gazprom did book more capacity in Ukraine, the company has even bigger market power by deciding when to do so. Gazprom, as the ultimate timekeeper, will decide alone when to take traders by surprise… Could this additional Ukrainian booking take place to mitigate Gazprom's series of planned pipeline maintenance projects this month?