Gazprom has declared for the first time that it may be interested in using the Trans-Adriatic Pipeline as a method of delivering Russian gas to Italy. Addressing the European Gas conference in Vienna January 24, Gazprom deputy chairman Alexander Medvedev (pictured below) said Russia has sufficient installed capacity upstream to deliver more than 100bn m³/yr of extra gas to Europe but that it faces an infrastructure problem.

He added: “In order to bring this gas to Europe we need additional infrastructure, which we are working on with our European partners – NordStream 2 and Turkish Stream. This capacity will not be sufficient to bring all this to Europe. So this is why we are talking to use available capacity on the Poseidon project that will be ready soon, or maybe TAP.”

Ever since Russia's president Vladimir Putin first announced the Turkish Stream project on 1 December 2014, analysts have argued that it would be logical for Gazprom to consider using the 878-km TAP pipeline, now being built, to carry at least part of the Turkish Stream flow onwards to Europe. This is because the second half of TAP’s eventual 20bn m³/y capacity is to be developed on an open-access basis and, at present, it is far from clear that any other supplier could be in a position to supply gas for this 10bn m³/yr of extra capacity in advance of any prospective Gazprom supply.

Before Medvedev’s comment, neither Gazprom nor TAP had even hinted at any contact concerning possible Gazprom input into TAP, which is scheduled to open with an initial 10bn m³/yr capacity at the start of 2020.

Medvedev’s comment that the Poseidon project for a pipeline connection from Greece to southern Italy would be ready soon appears to relate not to actual construction but to the completion of studies. 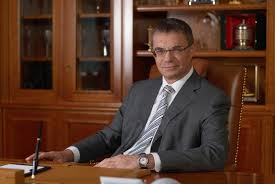 After Gazprom chairman Alexei Miller signed a memorandum of understanding on February 24 last year with Greece’s importer Depa and Italy’s Edison on the possible delivery of 12bn m³/yr of Russian gas to Italy via Greece and an Ionian Sea crossing, he declared that “the feasibility studies and economic assessments will be completed by the end of 2016.”

The delivery of Russian gas to Italy via this route will require a 600-km pipeline across Greece from Turkish Stream’s planned terminal at Ipsala/Kipoi on the Turkish-Greek border to the Ionian coast as well as the 207-km subsea Poseidon pipeline.

The chairman of Gazprom's board Victor Zubkov told journalists on the sidelines of the conference that there was nothing to prevent the planned Nord Stream 2 pipeline coming on stream in 2019, with one difficult matter, the financing, nearly agreed. He said all the partners wanted to proceed with the pipeline, which they see as important as it will bring gas to a part of Europe where production is declining, and that financing would be finalised in the next few months.
The original corporate structure, a joint venture, considered to be the easiest and cheapest way to borrow the money, was blocked by Poland's competition agency in the summer. Since then, the five western companies – Shell, Engie, BASF, Uniper and OMV – have not commented on alternative arrangements.
Nord Stream 1 has been running at full capacity in January, thanks to the European Commission's decision to allow more use of the Opal pipeline. However auctions for capacity in February have not been held owing to the Polish plea to scrap that decision; so there is no guarantee that the high rates of export, sometimes exceeding 600mn m³/day this month, will continue next month.
John Roberts, William Powell