Gazprom Exports More in May

According to data from Gas Infrastructure Europe (1), after the record daily regas broken on 4 April 2019, LNG send-out was lower in May. As expected with the return of the Asian premium since mid-April, we have seen some decline in LNG arriving into Europe and put into storage. So far we have not seen any producer curtailing production. But if Dutch title transfer facility prices were to go this summer to $3/mn Btu for an extended period, storage could be nearly full and we could see US liquefaction trains and/or Norwegian production curtailed. 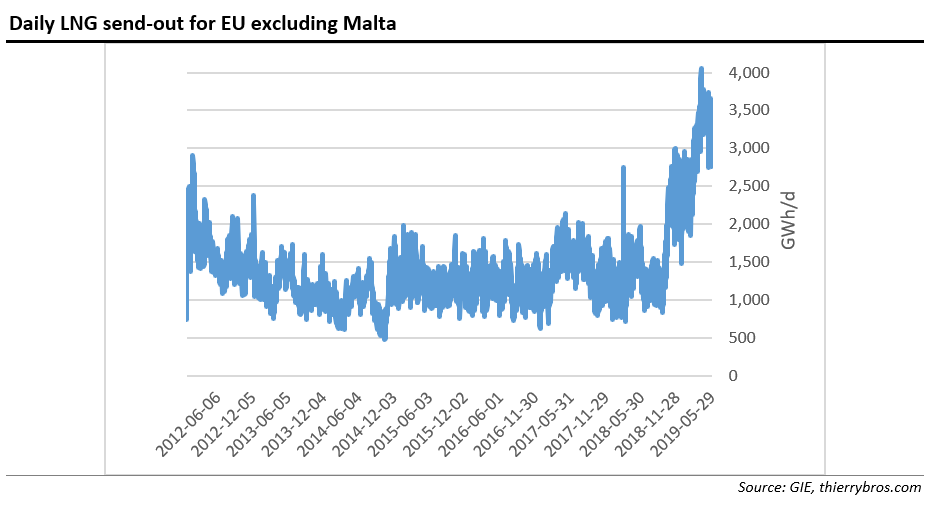 In May, with less LNG arriving in Europe as it was more profitable to send cargoes into Asia, Gazprom’s flows were up vs last year (+9.1%) and vs last month (+4.5%). Belarus benefited mostly from this increase in flows (+18.4%).

The low transit to Turkey through the European Union is still on-going as, since February 12, this line has seen very little gas flowing. As TurkStream is progressing well and should be operational by the end of 2019, Gazprom will soon be able to fully bypass Ukraine to deliver gas to Turkey. 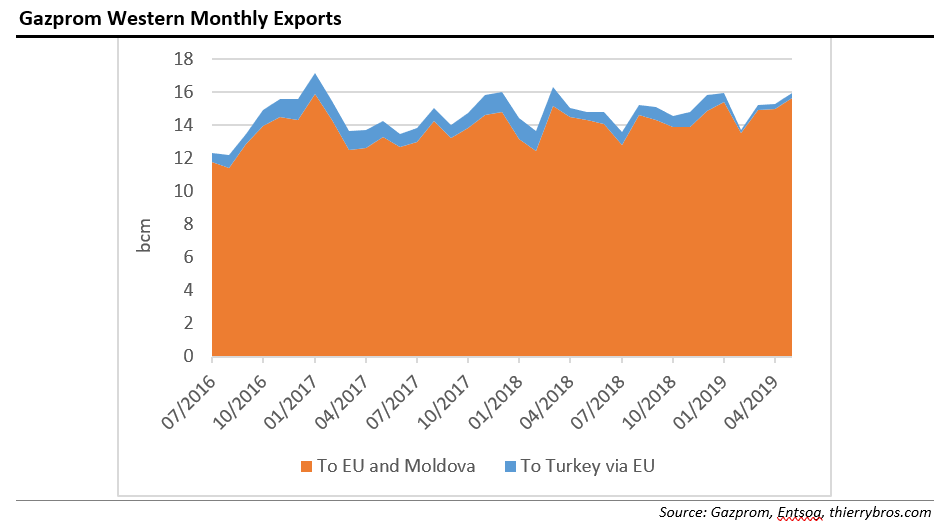 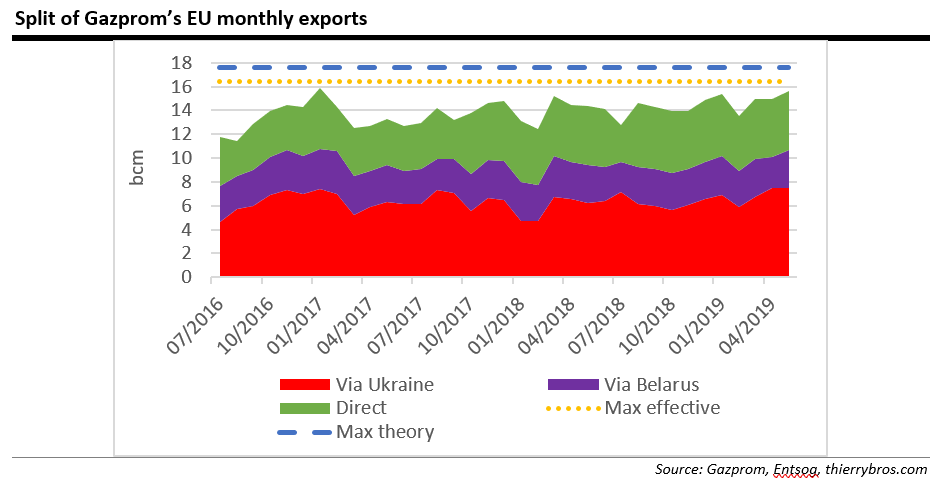 The European Commission seems to have missed the May 13 deadline to answer the Nord Stream 2 CEO Matthias Warnig’s letter (2) that if his pipe were not eligible for a derogation from the new rules, the measure would be discriminatory against Nord Stream 2 as a Swiss investor; and the EU may be breaking the international Energy Charter Treaty (ECT). With EU parliamentary elections over and a new commission to be finalised by November, Warnig should not expect an answer soon…

Brussels is now focused on finding a suitable Commission. After the green wave witnessed during the May elections, the next EU energy commissioner could come from this party and would want to concentrate on more fundamental climate issues, leaving the gas industry to focus on delivering results: cost -effective gas for the European citizens and the economy, in any circumstances!

With so much LNG and pipe gas arriving in Europe, injection started early this year and storage should be full to record level ahead of next winter. 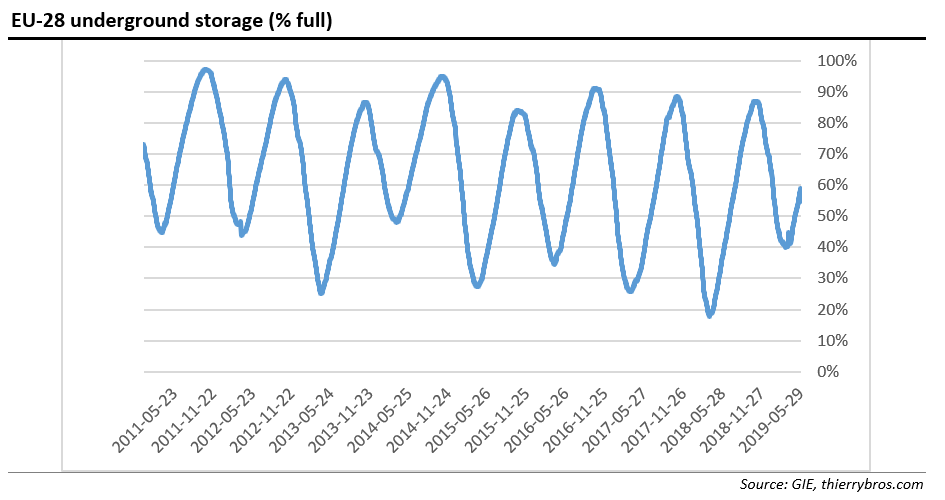 [1] Data available since 31 Dec 2011 at https://alsi.gie.eu/#/ It is worth mentioning that only Malta is not reporting on this transparency platform.