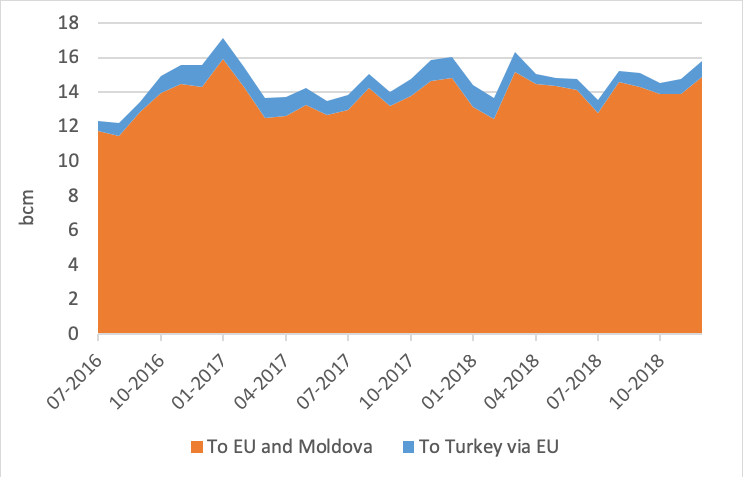 Looking back at 2018 on a full year basis, even if the direct routes (Nord Stream 1, Finland, Estonia and Latvia) are preferred, Ukraine stills accounts for 43% of the deliveries. 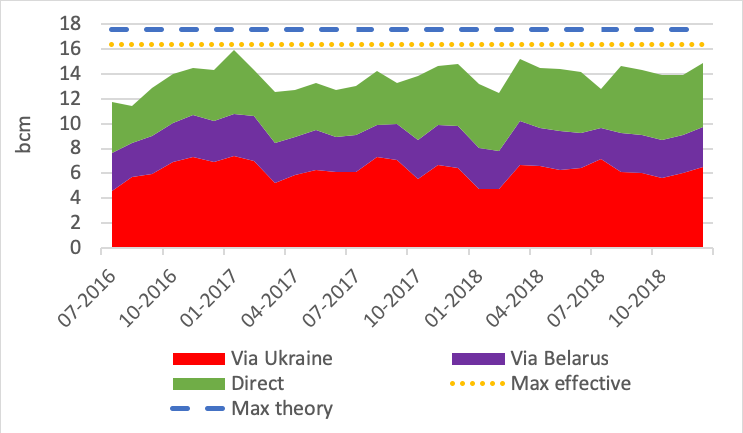 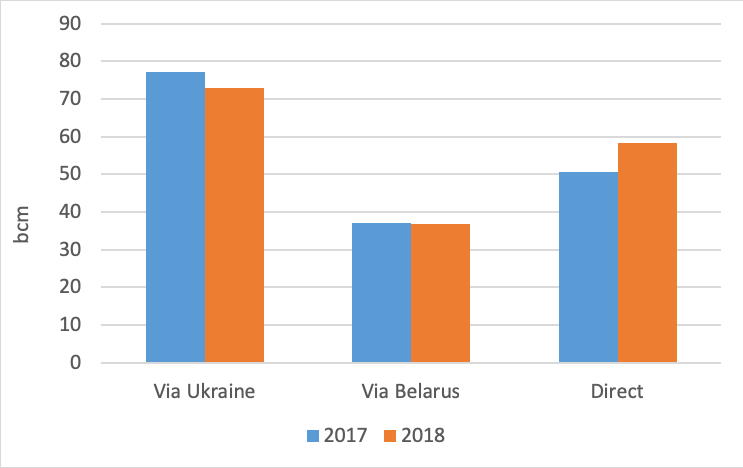 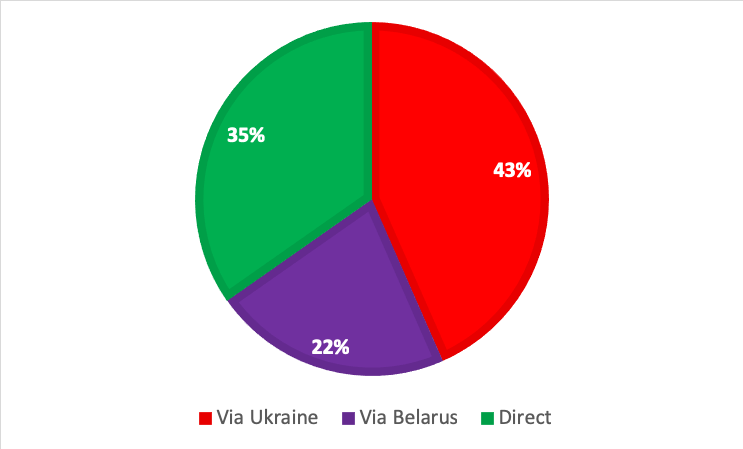 This can be explained by the high use of direct routes that leaves little room for Gazprom to reduce further transit via Ukraine, at least until Nord Stream 2 comes on-line.

The percentages are calculated using: 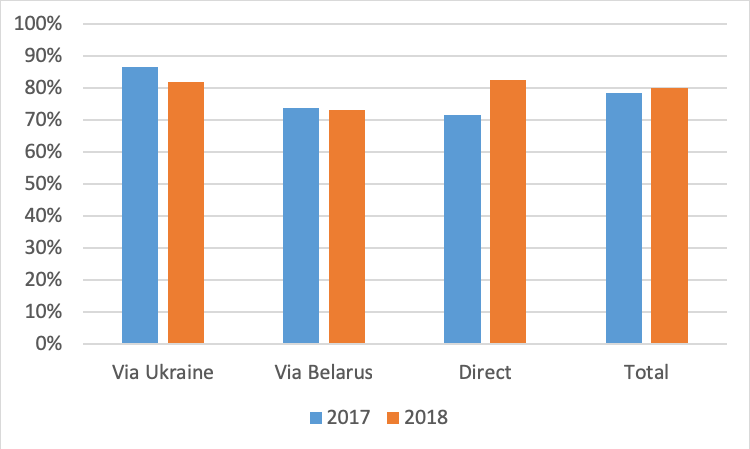 An interesting point that happened in 2018 is that Gazprom’s exports to Europe were higher in summer (84.7bn m³ in Q2 & Q3) than in winter (83.5bn m³ in Q1 & Q4). This can be explained by the need to replenish depleted stocks in Q2 at time when LNG was moving to Asia. This is a testimony of Gazprom’s flexibility that can now fine tune its answer to EU customers by selling gas not only via long term contracts but also via auctions or via its European subsidiaries. The interesting question that needs to be looked into once Gazprom will produce its full-year results is to check if summer prices were higher or lower than winter prices…