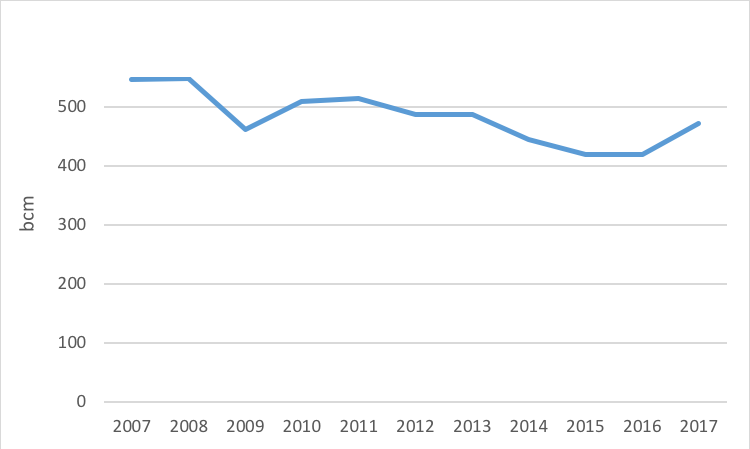 For European Union alone, we can estimate that total Russian imports were 165bn m³ (using EU measurements, rather than Russian). Even if it is too early to calculate year-on-year growth[2], this should be above Norwegian pipe exports growth (+8% at 117.4bn m³) according to Gassco[3] and above expected total EU demand growth[4]. This means that Gazprom’s market share should continue to grow from the 33% recorded in 2016…

2017 split of Gazprom's exports to the EU 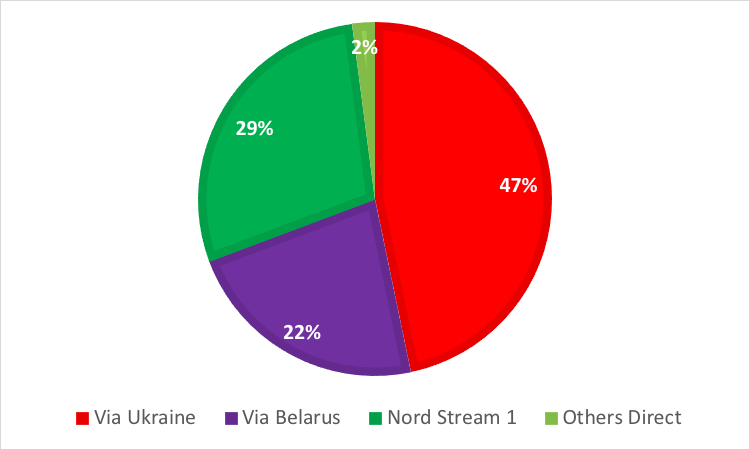 Gazprom has rightly chosen the direct link Nord Stream 1 over any other routes and should continue doing so. 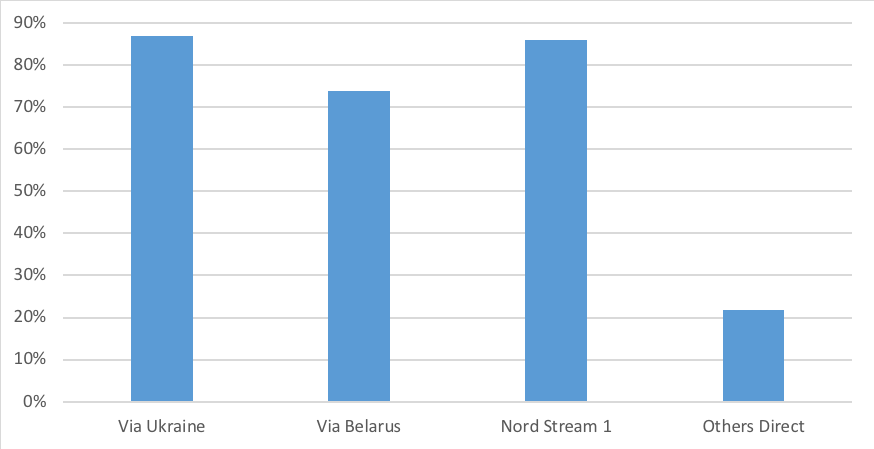 Hence with the lifting of the ban on utilising full capacity on Opal, Gazprom should, in 2018, prefer to use Nord Stream 1 at close to full capacity all year [6]. So, we could have another 8bn m³ rerouted from Ukraine to Nord Stream 1.

But even with record EU exports, Gazprom’s production is down on 2008 for two reasons: smaller sales in Russia as independent gas producers and Rosneft take market share; and a drop in FSU exports. And here the Ukrainian case must be looked into. In 2008, Naftogaz imported 53bn m³ from Russia[7] vs 0 in 2016 and 2017. But the arbitration tribunal decided in December 2017 that Naftogaz has an annual contract volume obligation for the future of 5bn m³ (with minimum annual volume of 4bn m³)[8]. So, EU that is providing gas to Ukraine via reverse flow should need 4bn m³ less from 2018… 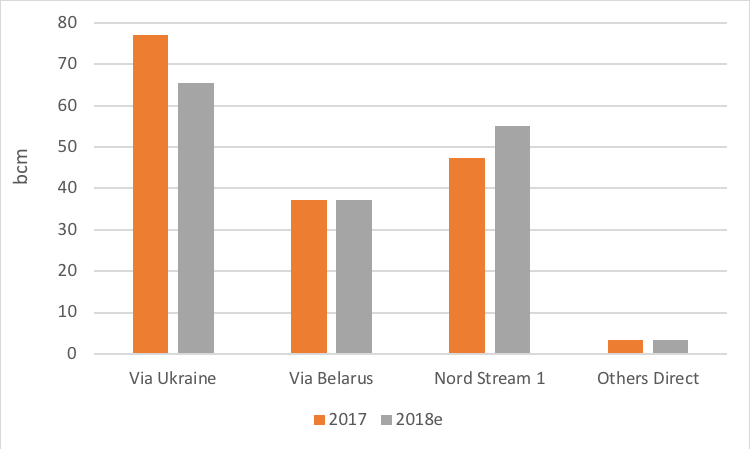 With at least 33bn m³ of actual spare transportation capacity to the EU via Ukraine and Belarus and expected reduced cap in Groningen production, Gazprom can further increase its EU market share in 2018, if it so wants. But that offer might not be welcome at the European Commission.

[4] Forecasted at 6% by Eurogas in November 2017 http://www.eurogas.org/uploads/media/Eurogas_press_release_-_Higher_gas_demand_in_2017_helps_lower_emissions.pdf