Dutch state-owned gas infrastructure operator, Gasunie, said it has started up the first pipeline which it has converted from gas to hydrogen transportation.

Gasunie said November 27 that the pipeline between Dow Benelux and Yara has started flowing hydrogen, adding that this marks the first time that an existing main gas pipeline has been converted to hydrogen use.

Agreements to convert the 12-km pipe were signed in March 2018 between Dow, Yara, ICL-IP and Gasunie Hydrogen Services. The hydrogen is transported from US firm Dow's cracking plant near Terneuzen through the pipeline, in the southwest Dutch province of Zeeland, to Norwegian group Yara's chemicals plant at Sluiskil where it is used as a raw material. Israeli chemicals firm, ICL-IP, also received a connection to the pipeline for future purchase of hydrogen from the pipeline.

Gasunie claims that transporting hydrogen via the pipe results in a decrease in the energy consumption of initially 0.15 petajoules per year -  equivalent to the annual gas consumption of 3,000 homes - and that it already saves 10,000 metric tons per year of carbon dioxide (CO2) emissions, with the possibility of more in future if scaled up.

Yara Sluiskil's general manager, Michael Schlaug, said the project is "an excellent example of cooperation between regional industry and companies" and marks "a further step towards energy transition".

Gasunie needs to find new uses for some of its gas infrastructure, given that Dutch government policy on climate change is to scale back gas use over time. The company believes switching some pipes to hydrogen is part of the solution. As such, it is also part of an international consortium looking to use spare windpower from North Sea windfarms in future to electrolyse water into hydrogen (and oxygen). 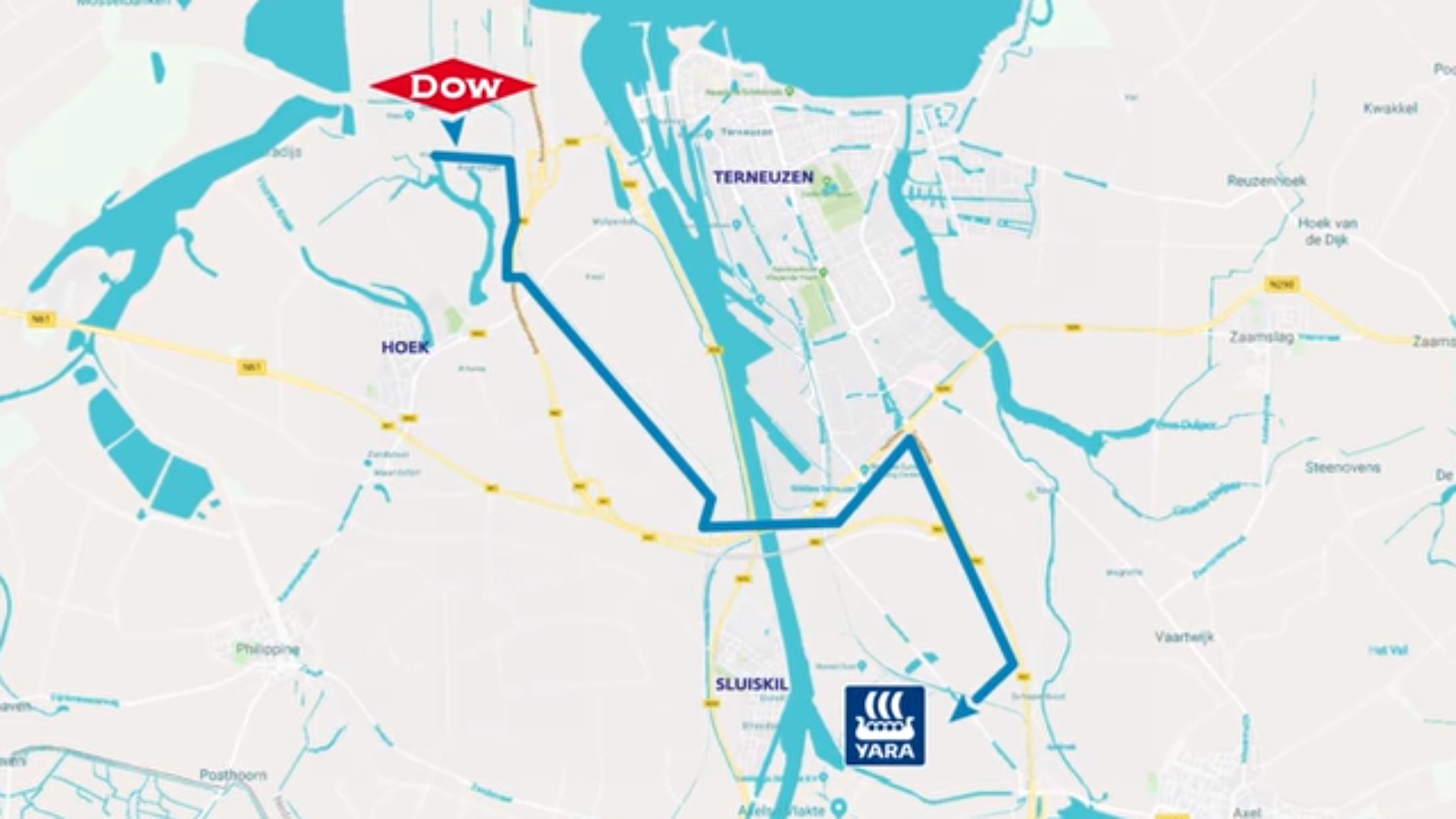