Demand for gas is expected to climb by 1.5% on average each year between now and 2040, arriving at 90.3mn barrels of oil equivalent, OPEC said. Consumption came to 65.5mn boe/day last year.

“Gas demand is expected to grow in all regions, although with significant variations. The majority of gas demand growth is expected in developing regions, led by China, India and OPEC,” the organisation said, adding that in China, demand was projected to reach 12.5mn boe/day in 2040, from only 4.9mn boe/day in 2018. 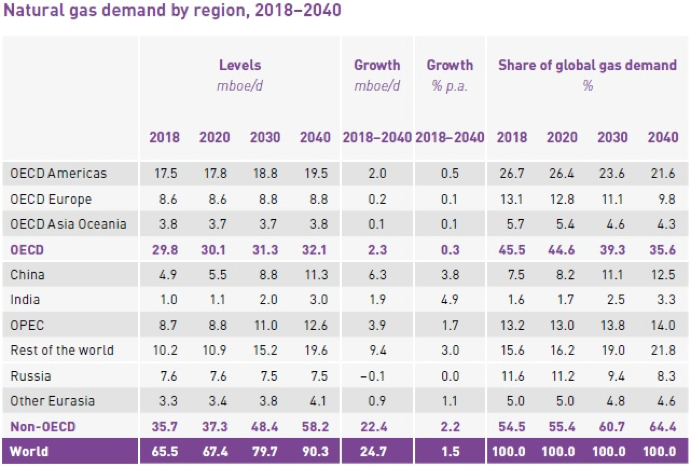 The report forecasted that $8.1 trillion ($2019) between 2019 and 2040 would be invested in the upstream oil and gas sector, with a further $1 trillion spent in the midstream sector. Global downstream investments should come to around or slightly above $1.4 trillion.

CO2 emissions will continue to climb, reaching more than 38bn mt/yr by 2040, up from below 33.8 mt/yr recorded last year. While coal demand will start declining after 2030, it will still be the largest source of CO2 emissions in 2040, accounting for almost 40% of the total.