Gas-on-gas competition (GOG) pricing clauses increased further in 2019, according to a wholesale gas price survey published by the International Gas Union (IGU) on July 2, climbing by one percentage point to 48.4%.

The growth of GOG mechanisms, whereby the price is determined by the interplay of supply and demand, was almost entirely at the expense of oil price escalation (OPE) mechanisms, under which the price is linked to that of a competing fuel, typically dated Brent. The share of OPEs, which are commonest in Aisa-Pacific, fell by around 1 percentage point to 18.5% last year. More LNG imports came under GOG mechanisms last year, in part because the US ramped up its Henry Hub indexed LNG exports and more LNG arrived in northwest Europe.

The share of LNG imports using the GOG mechanism has been growing over the last three years, from 25% in 2016 to 41% in 2019. In 2016-2018 this was solely because of rising spot LNG imports, but last year increased sales to Europe were also a factor.

Spot LNG sales are heavily concentrated in Asian markets, with China representing the largest spot LNG market last year, followed closely by Japan, with India in third place. Combined, the eight biggest markets – which also include Spain, South Korea, Italy, France and Turkey – made up 83% of all spot LNG cargoes last year. Spot cargoes accounted for 31.3% of total LNG imports while 60% of all GOG traded volumes were in the UK, Belgium and the Netherlands. 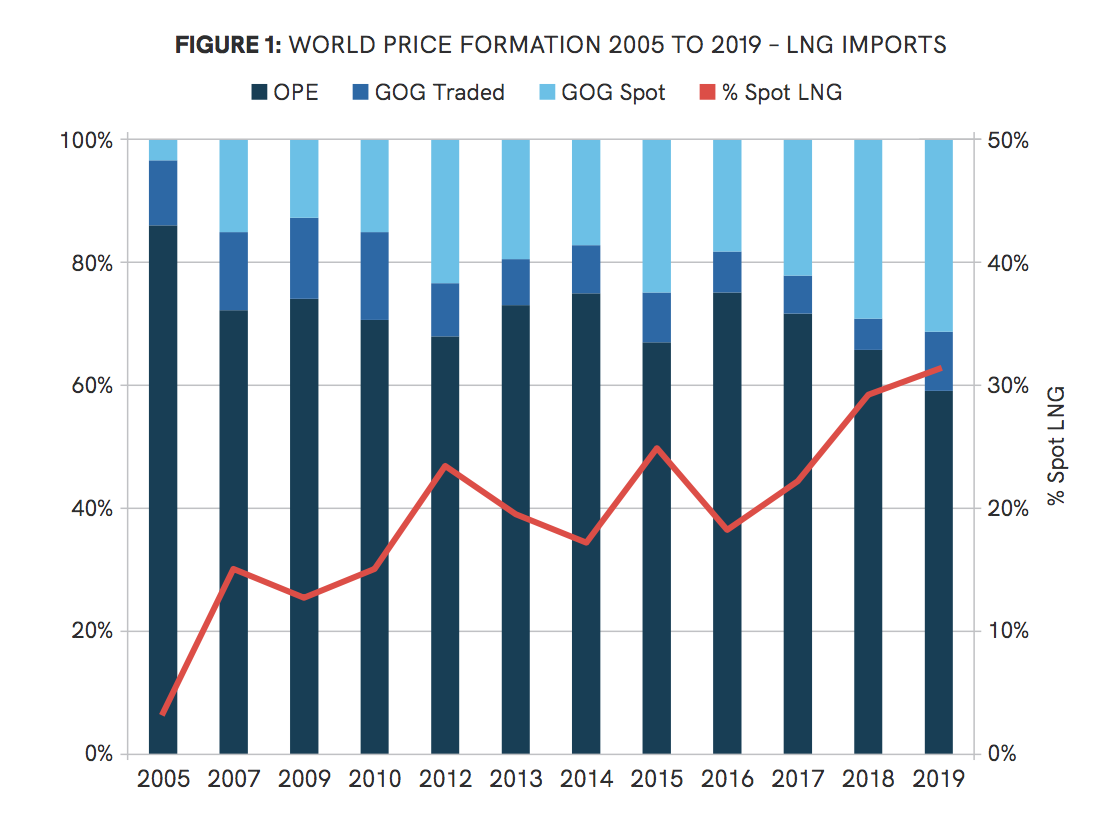 Last year's rising global gas supply triggered a sharp drop in spot prices, according to the IGU's report. The only other year to record a lower global average was 2016. Europe drove the price decline, while Asia (China and the Indian sub-continent) and Asia-Pacific (wider Asian region) had relatively stable prices. Prices in these three regions had previously moved together since 2015, and prices in Europe and Asia Pacific since 2005. 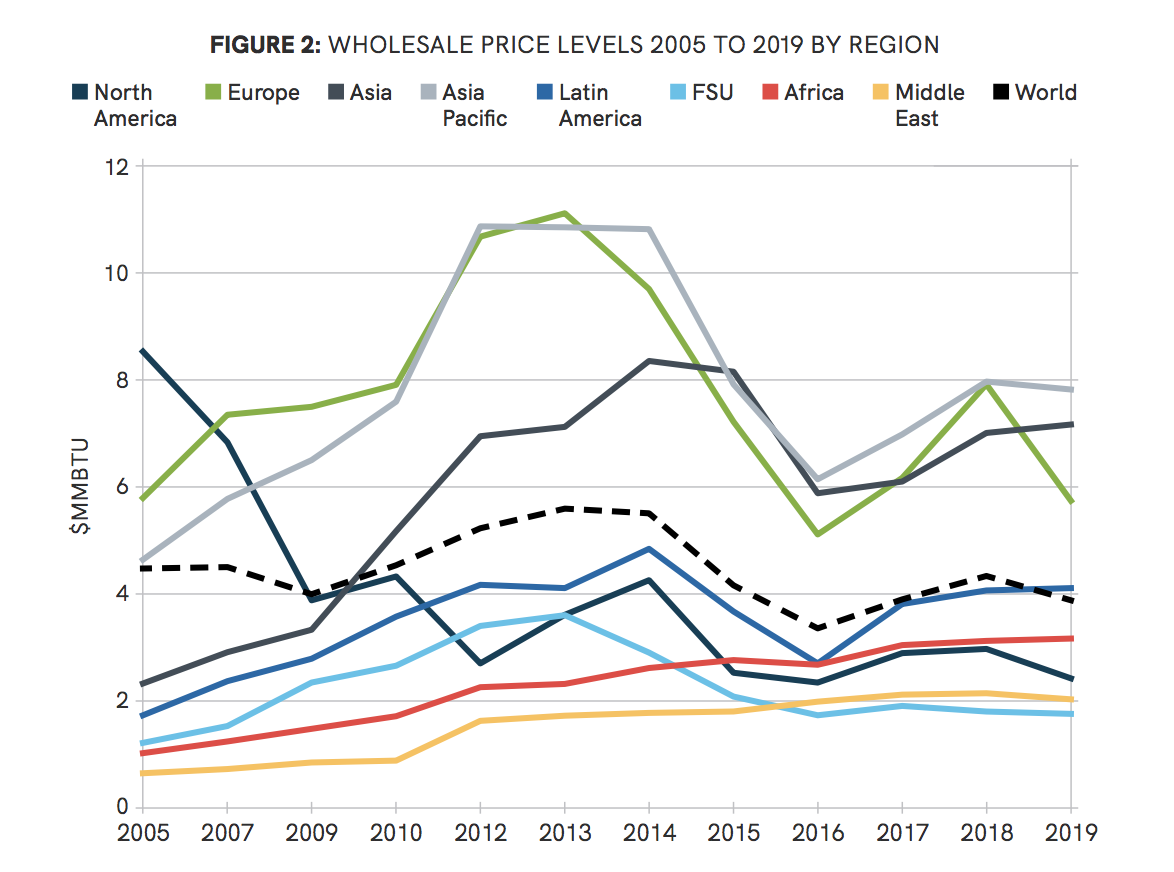 The IGU noted that gas prices still varied greatly in the countries surveyed, but have generally been converging since 2005 apart from a brief divergence in 2018.