From the editor: Gas infrastructure funding should stay [Gas in Transition]

The debate on changes to the EU’s TEN-E regulation, which covers what type of infrastructure can receive funding from the €5.8bn Connecting Europe Facility as Projects of Common Interest, revealed a clear division, primarily between west and east European states, on the role of gas infrastructure within the energy transition.

Investment in new gas pipelines and reverse flow capability on existing lines, again primarily in eastern Europe, but also between east and west, followed similar reasoning. The ability to transport gas between different EU markets connects all to a much wider variety of import sources, thus strengthening the entire bloc’s security of gas supply.

These major infrastructure investments also have important market impacts. Increased interconnectivity between national markets was fundamental to progress in creating a single European gas market. They facilitate competition which, in turn, creates the conditions in which the monopoly positions of incumbent state enterprises and importers could be challenged, a process which has taken decades and, in some EU states, is still not fully complete. 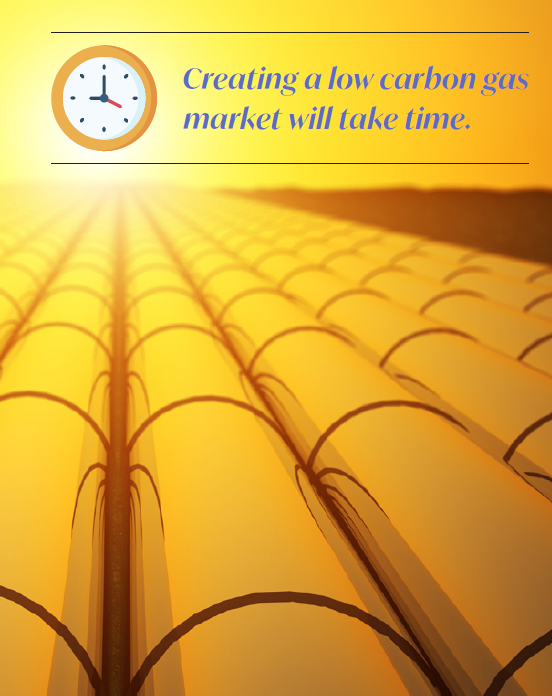 Low carbon electrification is the primary pathway to net zero and the EU’s electricity grid will therefore assume huge importance on the road to carbon neutrality in 2050. But in any net zero carbon emissions scenario, the provision and distribution of energy as gases will continue to play a critical role, not least in terms of long-range energy storage.

As low carbon gas systems evolve, the electricity and gas transmission systems will become much more interdependent as green hydrogen distribution is essentially the transmission of renewable electricity in molecular form. Both need support.

Moreover, the EU’s renewable energy resources are not evenly distributed by any means. The north has the best wind resources, both on and offshore, the south has the best solar resource and the Alps hold the largest concentration of hydro power and pumped hydro storage.

Using these resources within a single market in the most efficient manner, to ensure both competitive market pricing and security of energy supply, will require a high level of interconnection both for molecules and electrons.

The European gas network, LNG infrastructure, and potentially gas import pipelines, are therefore of fundamental significance as decarbonisation assets and should be treated as such in terms of funding in parallel with the development of the European electricity grid.

This is particularly the case with LNG terminals, which are likely to play a crucial role in the formation of an internationally-traded hydrogen market. They have ideally-sited, coastal, brownfield locations, storage facilities and, of course, gas grid connections.

They are the best and lowest-cost sites for hydrogen import facilities and any effort to become ‘hydrogen ready’ should be supported.

A key point of contention in the TEN-E regulation negotiations – the European Council’s position has still to be reconciled with that of the European Parliament – was the issue of low carbon gas blending into the existing gas network. An uneasy compromise was reached to extend support for gas pipe “conversion” as oppose to “retrofitting”, and the timeframe for support for blending gas projects was reduced from 2029 to 2027.

The vast majority of Europe’s gas network can already support a significant proportion of hydrogen without additional investment. Estimates suggest up to 20%, and the current disparity in national gas regulations regarding hydrogen content is as much a regulatory as a technical issue.

Beyond 20% some channels characterise the shift to hydrogen readiness as “expensive”, but without asking expensive relative to what. Making existing gas pipelines ready for higher concentrations of hydrogen is not expensive compared with the construction of new hydrogen pipeline networks.

The existing gas network is a massive asset into which huge amounts of capital have already been sunk. Its value can be harnessed for a low carbon gas future at least cost to society.

Creating a low carbon gas market will take time. Not only will it require the production of low carbon gases at large-scale, but also the simultaneous creation of consumption in equal measure.

The simplest, most immediate and cheapest way of doing this would be to mandate a set level, or rising level, of low carbon gases in the existing gas mix. And in the absence early on of cost competitiveness, gas assets will need investment support to enable this.

It would encourage not only European hydrogen production, but potentially hydrogen imports from countries with smaller markets but huge renewable energy resources, not least from countries, for example in North Africa, which already supply Europe with natural gas and are likely to struggle as the revenues from those exports decline, potentially creating additional security risks for Europe.

Blending low carbon gases, whether biomethane, bio-LNG, hydrogen or synthetic methane, into the European gas grid in larger quantities is an opportunity which can be achieved now, one which will provide the incentives to reduce costs and scale-up production.

Oil-to-LNG switching also offers immediate gains in emissions reductions in the maritime sector, and here too, state funding has been a critical element in encouraging uptake on both the demand and supply sides. LNG use in transport is not ultimately compatible with a net zero carbon pathway, but it is nonetheless the most immediate means of reducing carbon emissions from shipping and long haul trucking in the short term, while new low carbon technologies are developed.

Detractors argue that support for low carbon gas infrastructure will reduce the funds available for more sustainable investments and lock natural gas into energy systems long term. This is a risk, but the repurposing of LNG facilities and gas pipelines will save money because conversion is cheaper than new build and the quickest way of delivering infrastructure for low carbon gas import and distribution.

A failure to support transitional technologies and multi-purpose infrastructure risks missing out both on early partial decarbonisation opportunities and the lowest-cost pathway to a net zero future.

Touchstone chalks up another discovery in Trinidad