After Nord Stream 1's  July maintenance, Gazprom’s exports to the European Union were again slightly down in August compared with July (-1.1%) and massively down compared with last year (-12.2%). With EU storage 92.2% full at the end of August (according to Gas Infrastructure Europe) compared with just 60.7% last year (ie 343 TWh more or 34bn m³), there was limited space for extra gas to be used in the EU, hence the drop in exports.

EU storage achieved an all-time record of 97% full in October 2011. That means the available technical space in EU storage is 59 TWh, after an injection of 207 TWh in August. 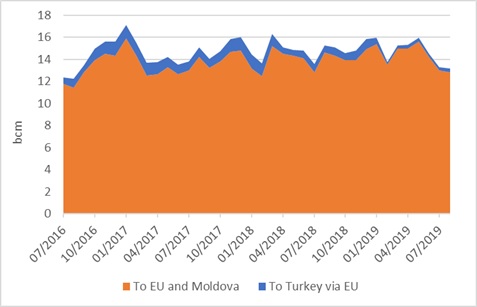 The low transit to Turkey via EU is still on-going as, since 12 February, this line has seen very little gas flowing. This can be explained by a severe drop in gas demand in Turkey since last year. According to the latest BP Statistical Review, 2018 was a year of very high gas demand (+5.3%) with Turkey experiencing a major drop in consumption (-8.3%). 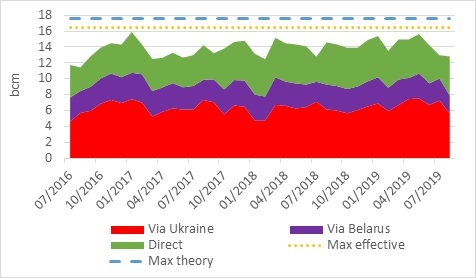 With very limited extra space in storage , the September shoulder month should force Gazprom to reduce further its exports to avoid a price crash… 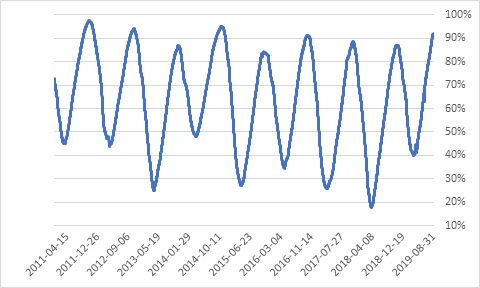 Gazprom quarterly exports to the EU and its disclosed price 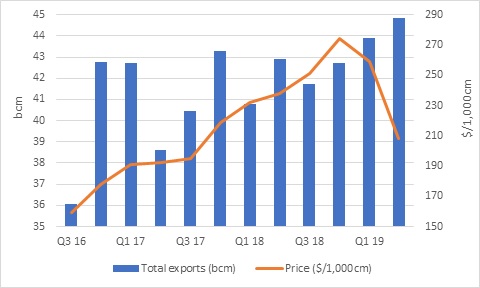