In Europe, only a few years ago, carbon capture and storage (CCS) had been written off by many owing to high upfront costs and technological barriers. Examples of failures included Norway’s infamous ‘Moon Landing’ project, a large-scale CCS project at the Mongstad CHP plant and refinery that stalled in 2013 after costs started to spiral out of control. Previously, CCS was also tipped to play a role in decarbonising coal. In 2014, for example, the European Commission (EC) granted €300mn ($344mn) to help fund the White Rose CCS demonstration project at the Drax power station in the UK. However, the project was cancelled in 2016 after the UK government abandoned its £1bn ($1.4bn) development scheme for CCS. 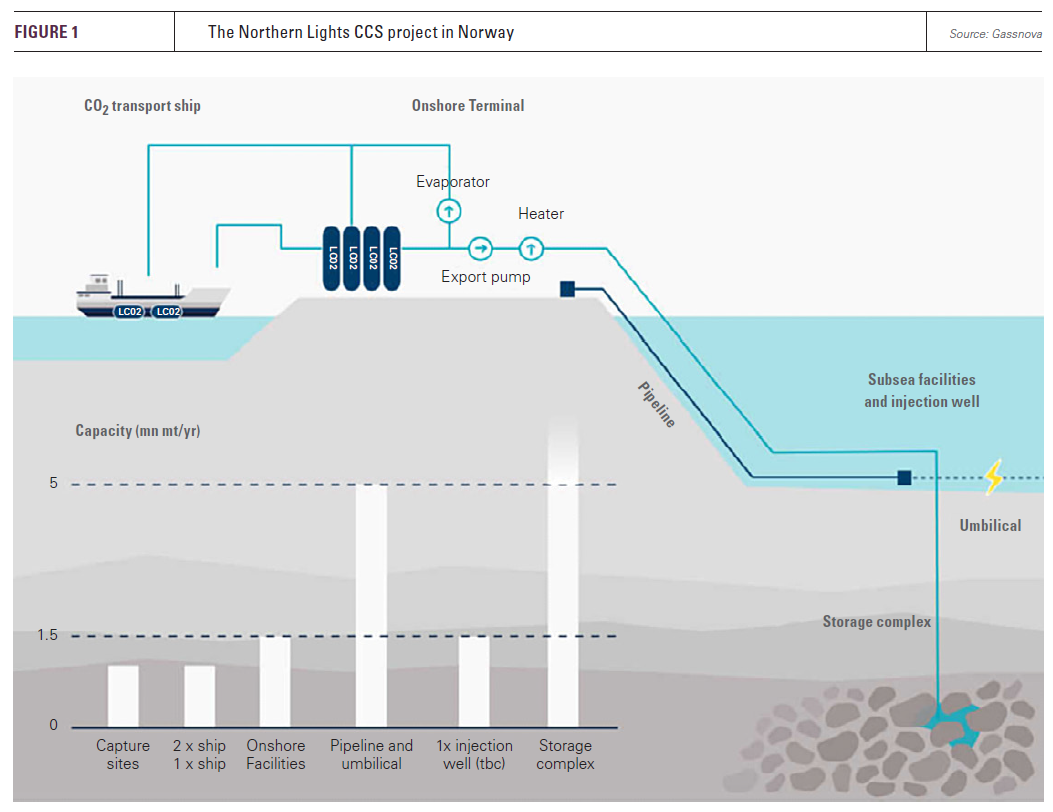 Despite the past setbacks, there is now growing momentum concerning CCS as well as carbon capture and utilisation in Europe. In fact, carbon capture utilisation and storage (CCUS) is by many seen as a must to reach long-term EU and national climate targets, such as net-zero emissions by 2050 or earlier, and to help develop a hydrogen economy. CCS is also tipped for a role in decarbonising hard-to-abate technologies, such as heavy industry, where electrification is not considered an option.

A supportive regulatory framework at EU and national levels is key to shore up investor confidence in CCUS and get projects off the ground. To this end, the current overhaul of the EU regulatory framework for energy and climate lends a fair amount of support. The EU also selected four CCS projects in its first €1.1bn call under the Innovation Fund with projects located in France, Belgium, Finland and Sweden selected for funding.

"There are no main regulatory barriers anymore.  The EC is trying to make this happen," Milan Elkerbout, a Brussels-based research fellow in the energy, resources and climate change unit of CEPS tells NGW.

"Some EU member states such as the Netherlands, Belgium and Sweden are really keen on CCS and the EC is happy to see it happen, maybe with the caveat that CCS will be for hard-to-abate sectors such as industry and not electricity generation, at least not from coal."

"There has been a mental shift away from clean coal to the hydrogen economy. Some sectors such as cement have no other alternative than CCS," he says.

The revised EU state aid rules for energy and climate states that it will be harder for member states to grant subsidies to gas-fired power and gas-fired industrial projects unless there are specific decarbonisation plans such as retrofitting plants with CCUS to demonstrate “that there is no lock-in effect” concerning natural gas, according to the revised text published in December 2021. The state aid guidelines will be accompanied by the General Block Exemption Regulation, which is currently being revised and which may allow member states to grant subsidies and financing to CCUS and blue hydrogen projects without first seeking approval from Brussels, according to plans.

Moreover, a proposal by the EC concerning the taxonomy regulation, would classify gas-fired power plants as sustainable investments if CCS is deployed. This is outlined in the so-called delegated act which the European Parliament and Council of the EU may adopt by June this year or earlier.

Another key development is the revised Trans-European Networks for Energy (TEN-E) regulation which will allow for EU funding of CO2 storage projects under the Connecting Europe Facility (CEF) but only if they are linked to cross border transport of CO2. The council and the parliament have reached an agreement in principle on the revised TEN-E Regulation with formal adoption expected later this year.

According to the EC, biogas, biomethane, renewable and low carbon hydrogen as well as synthetic methane would represent two thirds of the gaseous fuels in the 2050 European energy mix, with natural gas with CCUS representing the remainder.

For this to happen, the roll out of new projects must happen soon and a number of projects across Europe are beginning to take shape. The Porthos project in the Port of Rotterdam, for example, which has been granted €102mn in EU subsidies, could capture 2.5 metric tons/year of CO2 from industrial activities operated by Air Liquide, Air Products, ExxonMobil and Shell, starting in 2024. The CO2 would be stored in a depleted gas field in the North Sea at depths of 3-4 km under the sea bed. A final investment decision (FID) on Porthos, which is a joint venture of state-owned EBN, Gasunie and the Port of Rotterdam Authority, is expected this spring.

A spokesman for Porthos tells NGW that the total investment cost for the project is estimated at €400-500mn, which would include onshore pipeline and offshore pipelines for CO2 transportation as well as a compressor station and modification platform. Linking up with industrial emitters in Antwerp, Belgium was still an option, with the CO2 potentially transported by ship or pipeline. This involves the Aramis project which is promoted by Gasunie, EBN, Shell and TotalEnergies.

Another project to look out for is the Long Ship CCS project in Norway which plans to capture CO2 from industrial sites in the Oslo area and transport it by ship to an onshore terminal in Western Norway. From there, the liquefied CO2 will be transported by pipeline for permanent storage 2.6 km under the seabed in the North Sea. In the first phase, starting in 2024, 1.5 mt/year of CO2 could be captured and stored, but this could rise to 5 mt/year of CO2 in the second phase.

Northern Lights, a joint venture between Equinor, Shell and TotalEnergies, is handling the transport and storage component of the Longship project and the plan is to offer CO2 transport and storage to companies across Europe. The project developers said in mid-December 2021 that the project is on track for 2024 start-up. The Norwegian government is funding 16.8bn kroner ($1.94bn) of the Long Ship CCS projects, or about two thirds of the expected total cost.

In the UK, which has some of the world’s most ambitious CO2 emission reduction targets, the government has thrown its weight behind several CCUS projects. Support will come via its £1bn CCS Infrastructure Fund. The government’s goal is that CCUS technology will capture and store 20-30mn mt/year of CO2 by 2030.

In early November 2021, the government selected a number of industrial clusters as ‘super places’ for decarbonisation. This includes the The East Coast Cluster which will be enabled by the BP-operated Northern Endurance Partnership (NEP) which also involves Eni, Equinor, National Grid, Shell and TotalEnergies. The plan is to transport CO2 from emitters across the Humber and Teesside to offshore storage in the North Sea. The Hynet CCS and hydrogen project, which reaches across the North West and North Wales, will also be prioritised by the government. The plan is to capture 10mn mt/year of CO2 and store it in depleted gas fields beneath Liverpool Bay. 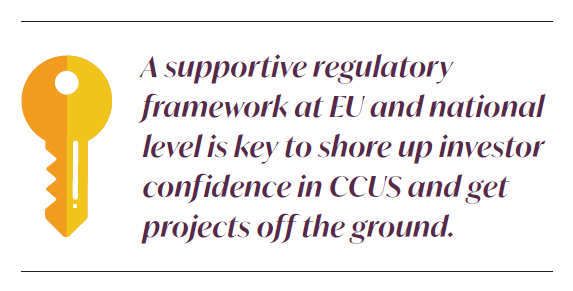 The UK also has a number of plans for gas-fired power plants equipped with CCS. For example, SSE Thermal and Equinor are developing the 910-MW Keadby 3 plant, which could become the UK’s first power station equipped with carbon capture technology by 2027.

Although the string of new European projects look promising, scaling up must happen at a later stage for CCS to

"The scale of the CCS projects currently in development is still limited. It is more about heavy emitters showing that it can be done. Scaling up should be possible," says Elkerbout.

"There are some technological challenges and the relatively high costs means state aid will be needed. But costs are coming down, particularly for transport and storage. In some cases, project costs are close to ETS prices, or around €90-100/mt."