The UK leaving the European Union means that EU is de facto losing 37% of its domestic supply and we are therefore excluding the UK from past EU data to make the analysis more relevant.

Statistics from the Joint Organisations' Data Initiative (Jodi) has just been released[1] and gas production was down by a massive 11% in the EU-27 last year. A trend that will grow, with the Dutch Groningen gasfield being closed by 2022 and terminal decline elsewhere. UK managed to see only a small 1% drop in its domestic production as new discoveries help offset decline. 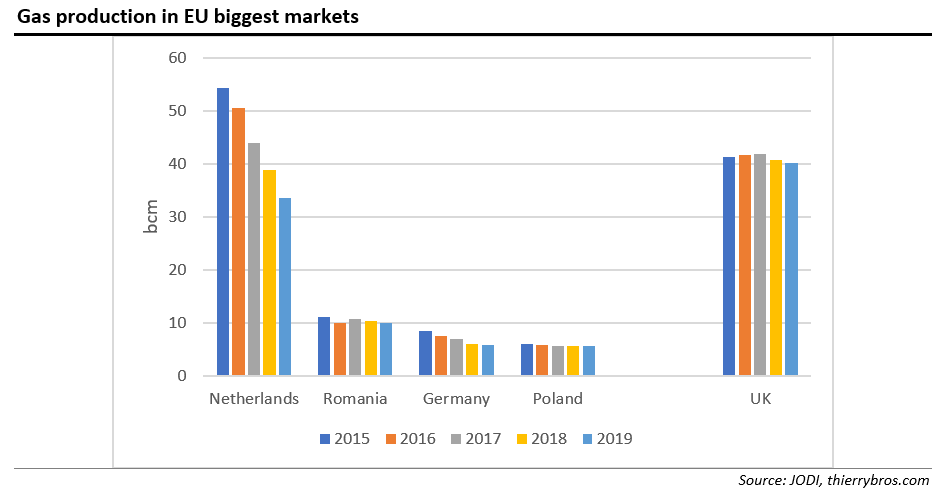 The demand saw also contrasting evolution between the UK (- 2%) and Germany (+ 12%) and Spain (+ 14%). This can be explained by the coal-to-gas switching that is happening now in Germany and Spain thanks to low gas prices. 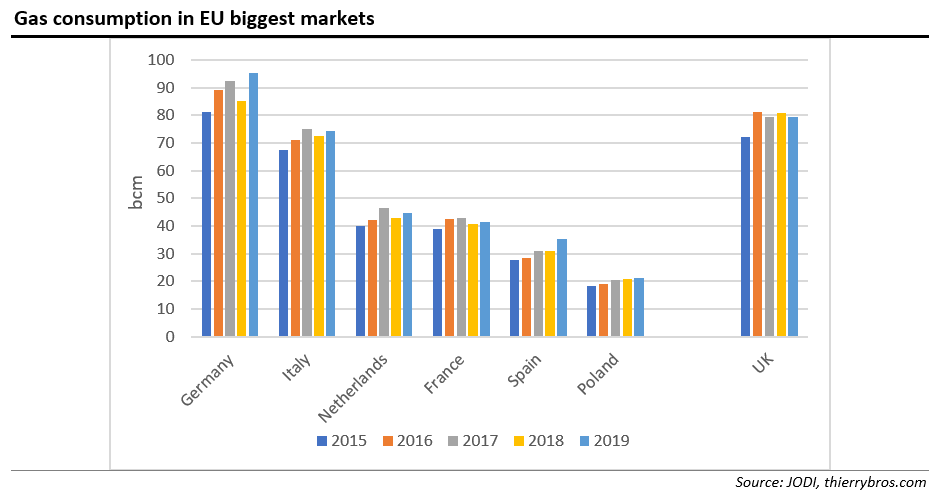 The UK went through the process of reducing coal some years ago with an additional tax (carbon floor tax) that made coal-fired power plants uncompetitive at all but the highest gas prices. So there, renewable generation is at the expense of gas.

With EU-27 gas demand up by 5%, the foreign dependency factor set a record of 83%. We should expect this percentage to continue to grow in the coming years (at least due to the decline of domestic production), but thanks to supply diversification, this is not an issue any longer in Brussels. 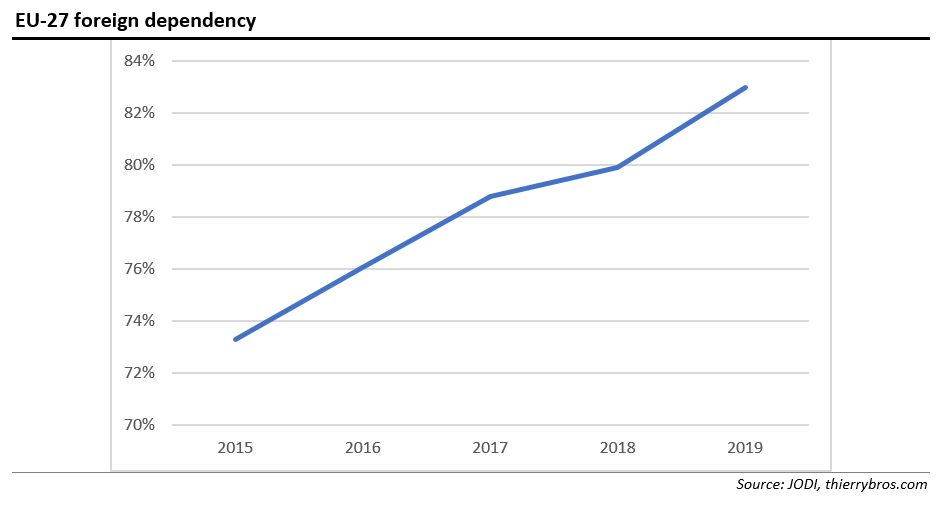 [1] Bulgaria, Croatia, Malta and Romania are yet to provide full data for December 2019, so they are estimated as the same as December 2018.