Gas production was down by 8% in the EU-27 last year. A trend that will grow with Groningen being cut further and terminal decline in Germany and Denmark.

Statistics from the Joint Organisations' Data Initiative (Jodi) has just been released and EU-28 gas demand was down 3% while domestic production was down by 6%, pushing up EU-28 foreign dependency to 75%. 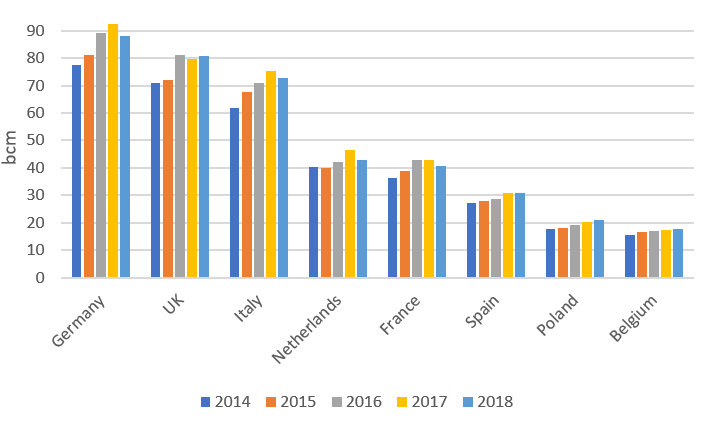 On the production side, only Ireland is still growing in 2018 by a modest 1%. With Netherlands production down by 10% and the UK is only down by 3%, the ranking order of major gas producer changed with the UK overtaking the Netherlands in 2018. But with Brexit looming, the Netherlands should easily retake the lead in 2019! In aggregate, EU-28 and EU-27 gas production are down by respectively 6% and 8%. 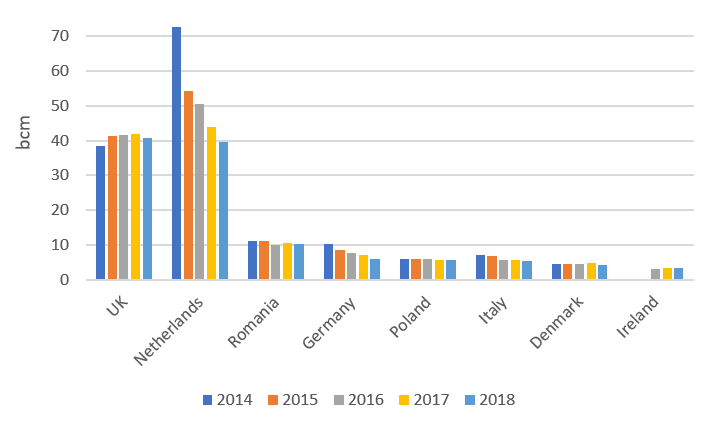 As expected in our 2017 analysis last year, EU-27 foreign dependency reached 80% in 2018 and should continue to rise this year as the supply drop will continue to accelerate. At a time when the EU Commission is drafting a new gas directive, this uncomfortable truth should push policy makers to make sure that diversification of supply is improved. Winston Churchill’s last century definition of energy security “safety and certainty in oil lie in variety and variety alone” is still valid in today’s gas markets…