The Energy Union, an ‘umbrella strategy’ launched two years ago, was initially aimed at insuring Europe’s smooth transition to the low-carbon/non-carbon future. The plan was to ensure that European citizens have unrestricted access to secure, affordable and climate-friendly energy sources.

The Energy Union was also designed to fight climate change and create new ‘green’ jobs as well as a new type of sustainable economic growth in Europe. Last but not least: determination to reduce Europe’s fossil fuel import bill also drove the initiative. The Energy Union rests on the European Union's three key pillars: energy supplies need to be secure and reliable, competitively priced and sustainable.

As surprising as it might seem, Europe is already close to achieving these goals even with the current market design. Furthermore, the EU has already all necessary instruments to implement the key goals of the Energy Union. The completion of a single energy market will make the criteria of reliability, competitiveness and security of supply – mentioned as the key priorities of the Energy Union – less relevant, if not outdated, even with present energy regulations.

The single gas market increased competition and consumers in Europe have a vast of choice of alternative supplies – both in the form of LNG and pipeline gas –and they appear to feel comfortable with this choice. In a lunchtime press briefing on February 1, 2017 EU Commissioner Maros Sefcovic (pictured below) said that in regard to energy security, the situation has significantly improved in 22 out of 28 countries. This was due to to better pipeline links between member states, together with significant improvements of energy efficiency and increased use of renewables.

According to the report “LNG in Europe 2016/2017: An Overview of LNG Import Terminals in Europe” published in January 2017 by lawyers King & Spalding the total regasification capacity in the EU and Turkey (23 terminals in the EU-28 and 2 in Turkey) by the end of 2016 stood at 216bn m³, amounting to 40% of EU demand and 55-60% of EU gas imports. This capacity allows (in theory) the full replacement of pipeline imports from either Norway or Russia.

Furthermore, pipeline interconnectors also contributed to a free flow of energy across borders and a secure supply in virtually every EU country. According to the IPA Advisory data in 2015 Central and Eastern Europe (CEE) reverse flow capacity stood at about 147bn m³/year, while a further 42bn m³/year of new interconnection capacity was added within eastern Europe and between central and western Europe in 2010 -2015.

This connectivity also helped to spread the sense of confidence that exists in the mature markets in western Europe to the new member states. Gas is therefore becoming an ‘ordinary’ source of energy which can be sourced almost everywhere and its source of origin will be no longer a matter of concern for energy importing countries. In 2016 the use of LNG re-gasification terminals went down, thanks to the arrival of cheaper pipeline gas supplies, mostly from Russia. 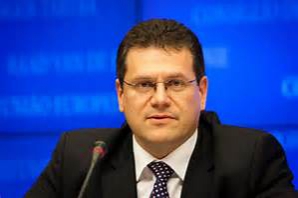 According to the Gas Infrastructure Europe (GIE)data in January - April 2016, the average use of Europe’s re-gasification capacity was only 17%, while two thirds of the increase in Europe’s gas imports – around 30bn m³ in 2016 – was covered by Russia. These figures show that EU utilities were not afraid of Gazprom and are eager to buy cheap energy from Russia as they felt confident that they had a back-up supply option.

New market dynamics also forced non-European supplies to accept the new energy realities of a stagnating European gas market. Non-EU companies have realised they are running the risk of rapidly losing their market share if they cannot effectively adapt to the new market realities.

For example, Gazprom, accused by the European Commission of breaking EU antitrust rules, accepted the requirement to amend its’ market strategy and it has submitted relevant commitments to the EC, whose anti-trust directorate  has positively assessed these commitments. "We believe that Gazprom's commitments will enable the free flow of gas in central and eastern Europe at competitive prices. They address our competition concerns and provide a forward looking solution in line with EU rules. In fact, they help to better integrate gas markets in the region,” said the EU Commissioner for Competition, Margrethe Vestager.

Consequently, the European gas market is finally becoming depoliticised and natural gas is turning into an ‘ordinary’ commodity – like oil, where import dependency has become a secondary issue. The case of Sweden might offer a good example of what will happen with the European gas market. According to the International Energy Agency and Statistics Sweden data, the share of Russian crude in Sweden’s oil consumption went up from 10% in 2000 to 44% in 2015 but these figures are not generally perceived as a critical dependence or a security threat. Alternative oil supplies are readily available and a short transport leg makes Russian crude commercially attractive to Swedish consumers.

As we see, EU regulations and single market are fully sufficient to regulate supplies from the third countries and address all relevant consumers’ concerns. The trend towards de-politicisation is still fragile, but might gain momentum if both suppliers and consumers were ready to invest in this relationship and respect the generally accepted “rules of the game” and each other’s interests.

Policy-makers for their part need to keep away from unduly influencing markets and determining the behavior of energy companies. For example, using the Energy Union as a tool to assess various energy infrastructure projects might not be the most efficient move. One should however remember that this ‘umbrella strategy’ is not a compliance checklist, especially taking into account the fact that it is not – unlike the Third Energy Package (TEP) – a legally binding document and as such is not yet a part of the acquis communautaire.

For example, on March 28, the European Commission (EC) sent a letter to the Swedish and Danish energy ministers that set out its position on Nord Stream 2 (NS2, see map for both routes). The EC confirmed the TEP does not apply to this sub-Baltic Sea offshore pipeline but it also said NS2 is not in line with the Energy Union objectives as it does not provide an access to new sources of natural gas. 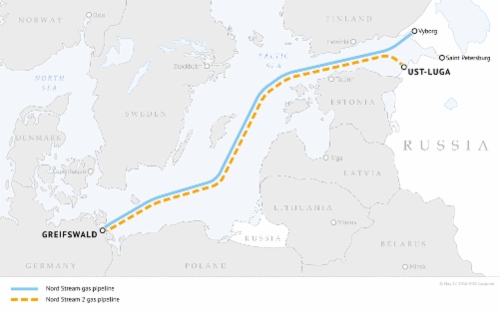 The next day, Danish daily Politiken also reported that the EU had offered to negotiate with Russia on behalf of the EU Members States regarding NS2. The outcome of such a negotiation would be the application some of the principles of EU energy law and the Energy Union to the offshore part of the project. In this context, the importance of the EC’s attempt to obtain a mandate from the Council to negotiate an agreement with Russia on NS2 goes beyond this project and will have implications on the future direction of the European energy policy.

In that context, it is always important to make sure that private sector remains in the driving seat. Markets and consumers could and should decide which project is more suitable and no energy project should not be discriminated if it respects market rules and is financed by private investors.

The opinions expressed in this article solely reflect the views of the author.

The article is based on a piece initially published on Flame Conference website on April 25, 2017 https://knect365.com/flame/article/522944c0-ef96-44b1-b498-c44edd07ce5a/energy-supply-to-europe-gaining-affordibility-security-and-climate-friendly-sources

Gazprom to benefit from its uncertainty strategy