The transformation in energy is not going to stop, but political and societal events are conspiring to make the transition more difficult, Centrica CEO Iain Conn (pictured below) said in a speech March 24.

"The 'demand pull' from market forces is taking over from two decades of 'policy push' in pursuit of lower carbon outcomes. People are buying electric vehicles for reasons of performance, not carbon. Shale gas technology is opening up a more distributed manufacturing model for resource development, and making US coal uncompetitive," he said.

Addressing the Aurora Energy Research conference in Oxford, the chief of Britain's biggest utility said that technology will impact the very jobs that populism – as shown for example by the US elections and the UK vote to leave the European Union – is trying to protect. But he said the energy transition, led by consumer power, is now "so firmly underway, that these trends cannot stop it."

Conn said the EU should want a deal with the UK for four reasons: access to investment and trade on good terms; co-operation on defence, security and intelligence; incorporation of the UK’s approach to competition and free markets; and international relations, in particular the UK’s relationship with the US.

"For a future outside the EU I believe the three energy priorities for the UK are longer term in nature and are: energy security, which is already strong; continuity of policy to ensure continued foreign direct investment in energy; and ensuring that the EU energy markets become as efficient as possible. The UK is increasingly a net importer and the efficiency of the EU market will impact consumer costs in the long-run," he said.

Distributed energy looks set to increase as a share of global power capacity from around 2% today to perhaps 12% by 2030. "As every year goes by, customers want more than just energy supply. They want services with their energy, more insight, more control, more peace of mind, more automation and optimisation," he said. 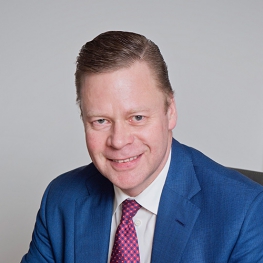 He said governments should focus on education and energy efficiency, energy control and digital skills; invest in transformational mission-directed energy research and development; promote and encourage technology and innovation in the wider economy; invest in infrastructure and distributed energy systems, and improve productivity and efficiency within the economy.

It is also important to keep cutting the use of coal, through a "meaningful price for carbon across the whole economy. This would include, in the UK, maintaining the carbon price floor and in the EU continuing to tighten the supply of allowances in the EU Emission Trading Scheme," he said.