In the second of two recent panel discussions at the Atlantic Council dedicated to energy and security issues in the countries around the Black Sea, top energy experts from the fields of economics, exploration and production and energy security offered their observations on the state of the region's energy industry, hydrocarbons potential, energy security concerns, and dished up some suggestions on how to move forward in Ukraine, Romania, Bulgaria, Moldova, Turkey, Georgia and Russia.

Edward Chow, Senior Fellow, Energy and National Security Program, Center for Strategic and International Studies, said that in terms of energy the region was still suffering under the legacy of the Soviet Union and centrally planned economies, where it was “the responsibility of the state” – ie, not left to markets.

“It has been used as a way of preserving post Soviet legacy of how industry operates and how it is organized,” he said, adding that there wasn't enough economics and business underpinning decisions in the sector, nor for policies that governments pursue in the region. State monopolies, he explained, were maintained and governments saw them as a rent extraction machine for the elite.

Ukraine, he offered, was a classic example, but was now changing; this is also the case, he said, in Moldova and Bulgaria. “In Romania, they're finally prosecuting corruption,” said Chow, “including in the energy sector.”

Meanwhile, in Russia high energy prices had allowed for re centralization of the energy sector into state hands, in the form of Rosneft and Gazprom, according to him. And in Turkey, he mentioned that the country's energy minister is the president's son-in-law.

He continued, “Over politicization tends to block good projects. There's a tendency to devote too much energy and political capital on fantasy projects.”

According to Chow, the last time he was in Romania there was still talk of one of those fantasy projects: the Azerbaijan–Georgia–Romania Interconnector (“AGRI”). The lack of positive reform, he explained, had damaged the energy sector in the region.

Speaking of hydrocarbons in countries around the Black Sea, Steve Nicandros, CEO Frontera Resources, cited the huge resource potential of Ukraine, discoveries in Georgia, and offshore potential in both Romania and Bulgaria. He said there was a huge future that awaited in exploration and eventually development for energy in the region, which he added could provide a tremendous amount of energy to the surrounding area and could even be a contributing gas hub for Europe, contributing to the growth of the continent by becoming a market and providing an integral part of the pipeline network.

Ukraine, he said, had a huge potential to be a laboratory for such a renaissance. According to Nicandros, in the 1970s and 80s the country had produced 70bn m³/yr. “Today they've done well with all the problems to maintain about 30bn m³/yr," he said.

However, the difference, he said, was meaningful to the industry. He termed it an “artificial decline” for an area like the Black Sea region which was rich in natural resources. He explained, “With assurances of long term stability investment comes back and can help push that huge potential to be developed.” That, he added, also required innovation, but to draw it countries needed to install proper reforms to secure such investments.

The challenge, said Nicandros, would be for Ukraine to accelerate its invitations for foreign investors, because when the indigenous oil and gas made it into the marketplace there could be great benefits to Ukraine's economy.

According to Edward Chow, Crimea is an opportunity, despite the annexation of the area by Russia from Ukraine in March of 2014. He recalled that the offshore prospects that ExxonMobil and others had been interested in had not been drilled, nor had seismic been conducted.

“It's very hard,” he explained, “to do offshore projects in conflict zones unless you're willing to bear all of the risks by yourself and have the full technology to do everything you need.” Only Russia, he said, would be interested in pursuing that under the current political conditions. Still, Ukraine's loss of the potential had not changed the region's energy dynamic that much.

LNG in the Black Sea

To get gas to Ukraine, instead of an LNG terminal in the Black Sea, the Atlantic Council's David Koranyi, Director, Eurasian Energy Futures Initiative, suggested regasification in Croatia (via a proposes floating storage and regasification unit) traversing existing pipelines through Hungary, where reverse flow would be utilised with Ukraine. He said, “All you need to do is put a compressor station in place on the Croatian side to make sure reverse flow happens. 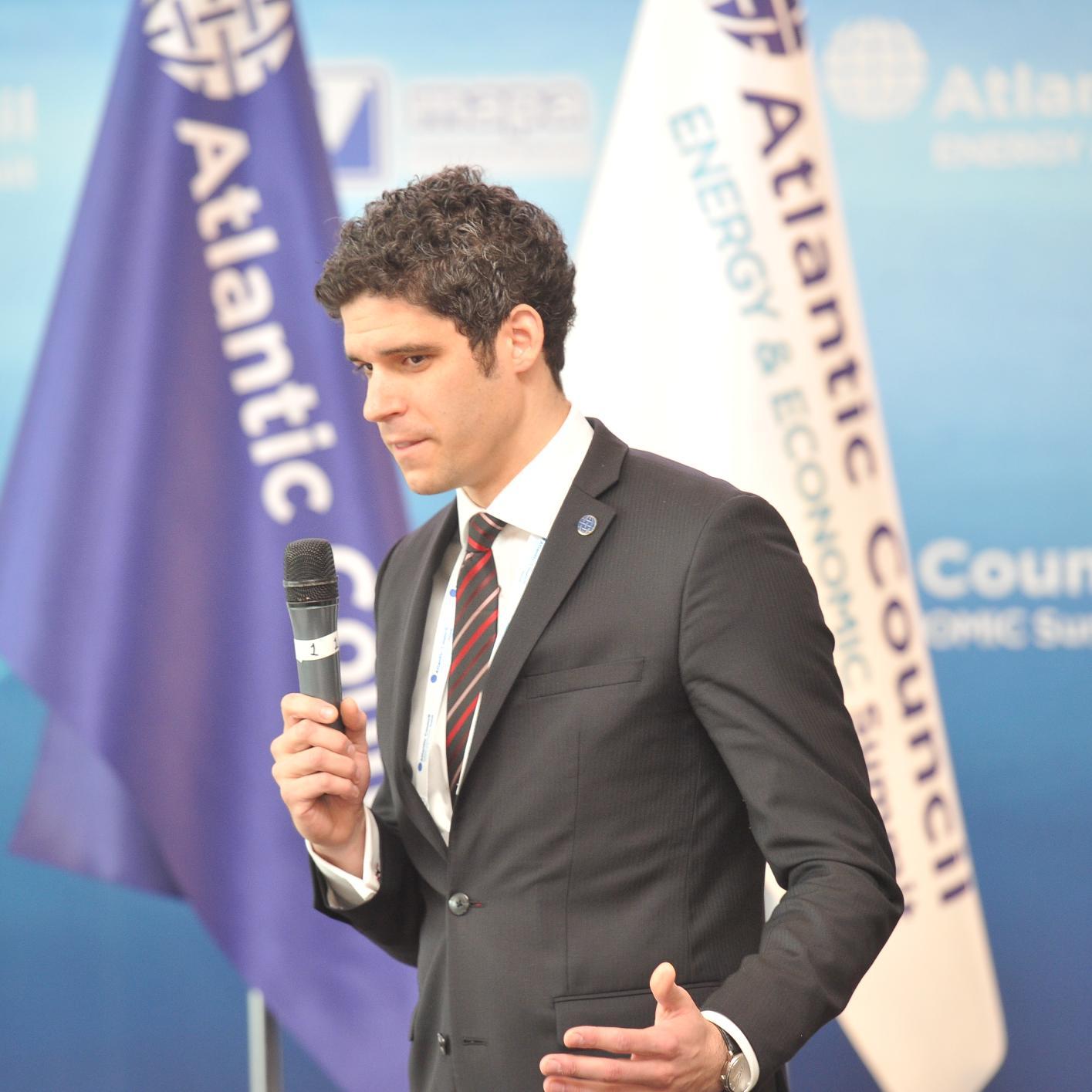 “Don't think big, about these monster projects with LNG into the Black Sea, but about expanding the integrating European market to beyond the EU, and make sure that Turkey, Ukraine, Moldova, and others in the Balkans are connected to that.”

Regarding the justification of the Black Sea region hosting an LNG receiving terminal, Chow said the case would be better if the countries in the region were better interconnected. Such interconnector projects, he continued, could be the building blocks for larger projects. “Politicians love to talk about big projects,” he remarked.

He opined that it was folly for a country like Bulgaria to think it could become a gas hub, as it had no gas storage facilities and struggles with rule of law. However, building the Interconnector Greece-Bulgaria served to construct one regional market.

Community in the region, long-term view

The Black Sea region needed to see a shared destiny, instead of, for example, Romania only seeing its offshore gas potential as for its own domestic needs rather than allow market pricing to distribute such gas to wherever the highest market value was. “That kind of mindset is missing in the region,” Chow noted, referring to the ability to diversify sources of natural gas.

Of countries in the Balkans, he queried, “How much diversity of supply can Croatia afford by itself? Very little. But if integrated into the regional market and you have the sense that your economic destiny is shared, where the European Union can make a major contribution, then I think you could have energy projects that build on larger regional economic integration.”

Physical security, he added, would be a pre-condition for that.