NGW exclusively interviewed Nigeria LNG’s CEO Tony Attah and its commercial general manager, Godwill Dike, in Lisbon about progress in remarketing output from NLNG's first two trains; and whether the government should allow more gas to be exported, when gas-fired power plants don't have enough supply.

NGW: You mentioned today [at the November 29 conference in Lisbon] that 9mn metric tons/yr (from trains 1 to 3) are coming up for renewal in the coming years. However, of that, 5.1mn mt/yr is coming up for renewal between 2020 and 2022, mainly from T1-2, of which half alone is contracted to Italian power utility Enel. Have contract negotiations started with Enel and the other four lifters? (Galp, GasNatural, Engie/Total, Botas*)

Dike: The marketing of trains 1 to 3 has commenced…. Enel has the bulk of the volume. We’ve been in discussions with them. It started at Gastech in Tokyo, in April 2017. We connected with the buyers in the Atlantic too, with meetings in the UK. After that we aggregated all the interest that we had received from the potential offtakers, and it was quite amazing. Enel has indicated very strong interest to renew -- that much we can say.

NGW: Are those contracts still oil-indexed? Do the buyers want them hub-indexed?

Dike: It’s still very commercially sensitive. What we’ve always said is that the interest of the buyer and seller has been the level of the price, not necessarily the indexation.

NGW: If the European utilities don’t renew, to whom will you market – your western shareholders (Shell, Total, Eni), or traders, or new markets like South America, Asia and Africa?

Dike: A combination. We are looking for diversification in terms of indexation, flexibility terms, geographical markets and the composition of offtakers. We need all of them.

NGW: Nigeria’s 2017 Gas Policy placed an emphasis on supplying gas to the domestic market, and an emphasis on doubling gas-fired generation capacity from under 5 gigawatts today to 10 GW by 2020. How sure can you be that the government will allow enough gas for a whole new train, with all these remarketing activities underway, at a time when new power plants will need gas?

Dike: When Mr Attah was appointed NLNG CEO, he said we needed to refresh our vision, to ‘We are a global LNG player, helping to build a better Nigeria.’ So we have carved out an element of our strategy that we call the domestic LNG policy: small-scale LNG. While we know that under the Nigerian gas policy there is prioritisation of domestic gas use, we have enough resources to support LNG as well, including additional small-scale LNG. There are infrastructure deficiencies in the country. You may still need to transmit gas resources to different parts [of Nigeria]. How do you do that without pipelines? That’s where small scale LNG could come in handy. It’s something we have really thought through.

NGW: So LNG could be supplied to power plants in Nigeria?

Dike: Yes it’s part of what we are looking at.

Attah: LNG to power is not new. You have smaller scale regasification, [including] mobile regas on skids. The more fundamental question to ask is really about the risk of government taking a position against exports. I have heard that mentioned, with people citing Egypt and Australia. I would dare say it’s a risk associated with resource-constrained countries. But Nigeria has the resources: the competition is not for resources, it’s to fill the infrastructure gap. This is why Nigeria’s Gas Master Plan since 2008 hasn’t seen the light of day, partly because the structure to take the gas, when developed for domestic purposes, is not robust. 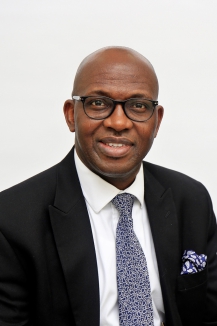 We believe that we can be a catalyst to domestic gas development, even though today our focus is exports. Our vision is very clear: a global player that helps to build a better Nigeria. That includes [cleaner-burning] liquid petroleum gas (LPG), as well as natural gas. Today, 100,000 a year die across West Africa from smoke inhalation, because energy sources are limited, and most are using firewood [indoors] which creates smoke.

When we first got involved in LPG in 2007, the supply capacity in Nigeria was 50,000 metric tons. Last year it reached 400,000 mt, of which 250,000 mt are supplied by NLNG. So it’s something we’re serious about. This year’s 2017 target for LPG supply by NLNG is 350,000 mt. We have worked with the office of Nigeria’s vice president to take a closer look at LPG as a catalyst. The technology is maturing, so we can look at LPG to power, LPG to transport, and CNG (compressed natural gas) to transport.

"Domestic gas can ride on the back of exports": NLNG CEO

We believe there is a 5bn ft³/d capacity – demand that is identified – of which 2.5bn ft³/d for export. But if you were to produce an additional 1bn ft³/d today, in the domestic market there would be no offtaker. So what is your incentive to go into that kind of investment? That’s why we believe that we are advantaged, in our position, to be the platform that catalyses the development of domestic gas.

Domestic gas production can ride on the back of export – because we [at NLNG] represent the world market, so if you produce it, we will buy it. And that’s enough incentive: for the 5bn ft³/d capacity to come to fruition, there has to be investment. But for the incentive to come, there has to be a guarantee of offtake. That’s a chicken or egg situation. While that debate is going on, we are in a position to say – why don’t you develop it, with the confidence that you are going domestic, while we de-risk for you? If for any reason the domestic market cannot offtake, we will deal with it. So it’s not a competition [between the domestic and export sectors]. It’s a catalysation space where we see ourselves as enablers. As I said earlier, I don’t see a situation where government will legislate an export price for the domestic market – because we are not resource-constrained.

We have 193 trillion ft³ of proven gas reserves. But we also know there is scope for a 600 trillion ft³ resources. But the big fundamental about Nigeria’s resources is that these 700-800 trillion ft³ that we are talking about were resources that were found because we were exploring for oil. Just imagine what would happen if we could leverage all that to explore for gas. When people describe Nigeria as ‘a gas nation that has some oil’, we agree.

Attah: It’s not about supply, it’s about enabling development. So almost like security of supply. People want to develop. But the way you work upstream is that you develop the market. What we are saying to developers is: take the financial risk to develop for the domestic market knowing that, if it doesn’t work, NLNG will take the gas.

Dike: Domestic LNG can never be more competitive on price than pipeline gas. But before [pipeline] infrastructure is in place [everywhere], domestic LNG can be a very credible bridge, and one for which we have already started some studies…. Pricing [on the domestic market] is not a big deal, because today the domestic customer [sometimes] already pays more.