The European Commission said July 26 it has approved the new ownership of Slovakia's main power generator, Slovenske Elektrarne (SE), after concluding that the proposed transaction would raise no competition concerns.

Italian power group Enel signed an agreement on December 18 2015 for a two-stage transfer of its 66% stake in SE to Czech privately-owned utility group EPH which, during an interim period, will involve joint ownership of the aforementioned majority stake. The Slovakian state will retain 34%.

EPH agreed to pay Enel €375mn at the end of stage one, and a further €375mn once the Mochovce nuclear power plant units 3 and 4 (each of 471 MWe) are operational.

SE had 4,300 MW gross of nuclear, hydro and thermal generation capacity, composed of 31 hydroelectric, 2 nuclear, 2 thermal and 2 solar PV plants. It announced June 24 that construction of Mochovce unit 3 reactor had been completed.

EPH is Slovakia's main gas supplier through its stake in SPP, distributing 4.2bn m3 there in 2014. EPH also operates Eustream which is the primary route for Russian gas crossing Ukraine reaching EU markets. EPH is also the second largest Czech power producer and also a German coal producer. A planned IPO in EPH this summer fell through, however. 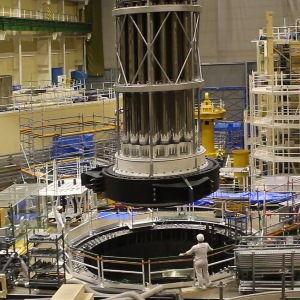 When the deal is completed, giant Enel's holdings in Spain's Endesa will represent its only interests in nuclear power generation, as Italy has banned it.

Separately, Enel announced July 13 it had completed the sale of all its upstream assets in Italy for €30mn to US-based AleAnna Resources, with €7mn paid immediately but most of the remainder to be paid once the Longanesi gas field in Emilia Romagna enters production, expected in 2018. The transaction, like the sale in Slovakia, is part of Enel's €6bn disposal programme of non-core assets. On July 13, Enel said it had agreed the sale of assets valued at €3.9bn, of which €1.9bn were already completed. Enel retains upstream interests in Algeria and Egypt which are believed to have been offered for sale.