The European Bank for Reconstruction and Development (EBRD) is ready to support the southern gas corridor (SGC) project, its president Suma Chakrabarti told reporters in Baku May 25. Chakrabarti said the EBRD has firmly committed to participation in the project.

“With regard to oil and gas, we will aim to make strategic investments which will guarantee the country’s long-term economic health. In that context we will support the SGC, a project that diversifies export routes for Azerbaijan and is also important for energy security in Europe," he said.

According to him the bank is considering supporting the two pipelines that form the bulk of SGC: the Trans-Adriatic Pipeline (TAP),  where it is considering providing a syndicated loan of up to €1.5bn; and the Trans Anatolian pipeline (Tanap).

EBRD has started talks with Azerbaijan and Turkey on funding Tanap, Svitlana Pyrkalo, the EBRD's principal adviser told reporters in Baku. "We have started talks with the government on the issue, however it's too early to talk about size of possible funds," she said, adding that it was a key topic in talks between Baku and Chakrabarti.

The 1,850-km Tanap will carry 16bn m³/yr from the BP-operated Shah Deniz 2 field in the Caspian Sea and is the longest section of the SGC. Costing $10bn, it will stretch from the Georgia-Turkey border to Turkey's border with Greece. There it joins TAP which runs across Greece and Albania and under the Adriatic Sea, to finish in southern Italy.

The EBRD president travelled to Baku from Turkmenistan where he met with the president, Gurbanguly Berdimukhamedov, and other government officials. 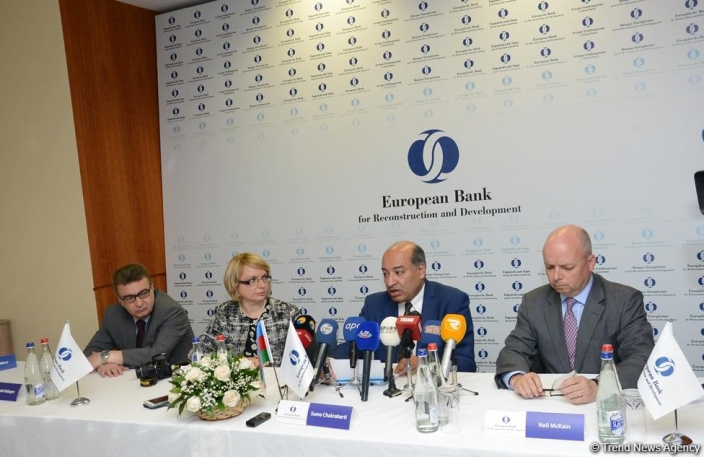 A separate topic of discussion between Turkmen president and the EBRD head was the possibility of the bank's participation in the construction of the transnational gas pipeline Turkmenistan-Afghanistan-Pakistan-India (Tapi), something that Berdimukhamedov sees as important, according to the state news agency.

This would be a departure from the EBRD's original remit. It was set up to channel market-based investments backed by western banks into infrastructure projects in former Soviet republics to help tide them over the chaos of post-Soviet business life and in the process introduce western legal and commercial practices.

The estimated cost of the 1,814-km, 33bn m³/yr Tapi project exceeds $10bn. Some 214 km will pass through the territory of Turkmenistan, 774 km through Afghanistan and 826 km through Pakistan. It is expected to be completed in late 2019.

Turkmen government said that the Islamic development bank will participate in financing of the project as well. The Saudi fund for development and the Japanese government have expressed their interest in financing construction of the Turkmenistan-Afghanistan-Pakistan-India gas pipeline too, Tapi consortium head Muhammetmyrat Amanov said recently.

According to EBRD’s adviser Pyrkalo, Chakrabartim also said that the EBRD was interested in supporting Turkmenistan’s efforts under the World Bank's global gas flaring reduction initiative to reduce petroleum gas flaring, which is one of the major ways to cut greenhouse gas emissions.

Low-carbon investments to rise by $60bn in 2023 as inflation weakens; hydrogen and CCUS spending to surge [GGP]