With the COVID-19 pandemic still a concern, but at least on the wane, and the EU keen to secure new supplies of natural gas to replace those that were once relied upon from Russia, renewed attention is being paid to the East Mediterranean as a region near to Europe that could contribute to filling some of the continent’s supply gaps before the end of this decade.

Global events have set the stage for new bidding, new exploration, appraisal of previous discoveries, and further development of hydrocarbon assets in Cyprus, Lebanon and Israel.

A significant development has taken place with a US-negotiated maritime border agreement between Lebanon and Israel. The deal enables France’s TotalEnergies and Italy’s Eni to move ahead with drilling in the previously disputed Block 9 offshore Lebanon and for Greece’s Energean to continue to expand its work in the Karish, Tanin, and other fields in the Israeli offshore. 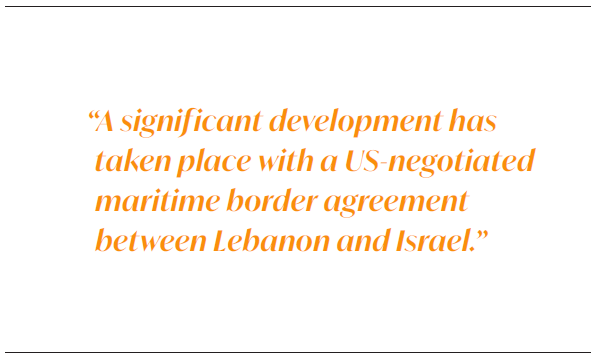 The maritime agreement has prompted Lebanon to extend its current bidding round to June 2023, an official from the Lebanese Petroleum Authority (LPA) tells NGW, the rationale being that the deal clears the way for consortiums that had been wary of bidding on blocks in dispute, can now bid openly without fear of future complications. The deal includes unitisation rules in case any future discoveries that extend across the maritime border can be developed without being challenged, the LPA source says.

The new circumstances and extended bidding period mean that consortia can now bid without concern on Lebanon’s Blocks 8 and 10, which are adjacent to the previously contested maritime line, as well as the other six blocks in Lebanon’s offshore zone. In 2018, the government awarded Blocks 4 and 9 to a group composed of Total, Eni and Russia’s Novatek. A well drilled in Block 4 in early 2020 failed to make a commercial find, and the COVID-19 pandemic, plus the border dispute with Israel stopped a planned well in Block 9 from going forward. 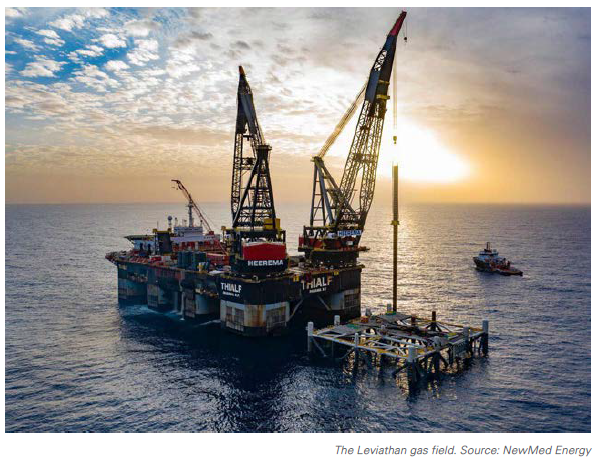 As operator in Block 9, TotalEnergies announced in mid-November that it “will initiate the exploration of an already identified prospect which might extend from Block 9 into Israel waters south of the recently established maritime border line.” A company statement said TotalEnergies and Eni had signed a framework agreement with Israel regarding the implementation of the maritime border agreement. Total holds 60% of Block 9 since the departure of Novatek in October due to complications with Russia’s war in Ukraine. Eni holds 40%, but according to the LPA source, Qatar Energy will soon join the consortium and assume Novatek’s share.

“Drilling will begin for certain in 2023,” the LPA source said. “Right now, the focus is on rig availability.”

Of the East Mediterranean states, Lebanon has had the most difficulty in launching its offshore exploration program. It opened its first licensing round in 2013, but domestic political circumstances prevented bidding until early 2017. Most of the country’s offshore territory has been mapped with 2-D and 3-D seismic.

For its part, Cyprus has seen 10 wells drilled since the 2011 Aphrodite well and other discoveries made, but its progress, too, has been complicated by COVID-19 suspensions and political difficulties with Turkey, which has occupied parts of the island since 1974 and which claims nearly all of the island’s offshore areas. Turkey has gone so far as to carry out seismic surveys and drill exploration wells in waters internationally recognized as the Cyprus exclusive economic zone (EEZ).

The Total/Eni partnership in Cyprus, which together operates seven of 13 blocks, and is the largest investor in the Cyprus offshore, is currently appraising the island’s tenth well, Zeus-1, in Block 6, near the Cronos and Calypso-1 wells in the same block. Those wells are also near the Galucos-1 and 2 wells drilled by ExxonMobil in Block 10 to the south.

Reserves in place at Calypso have yet to be determined, but according to a recent report on the Cyprus offshore produced by UK-based Comtrack, in place reserves for Cronos are 2.5 trillion ft3 and total reserves discovered so far offshore Cyprus, including 3-4 trillion ft3 at Aphrodite, amount to 11-15 trillion ft3. 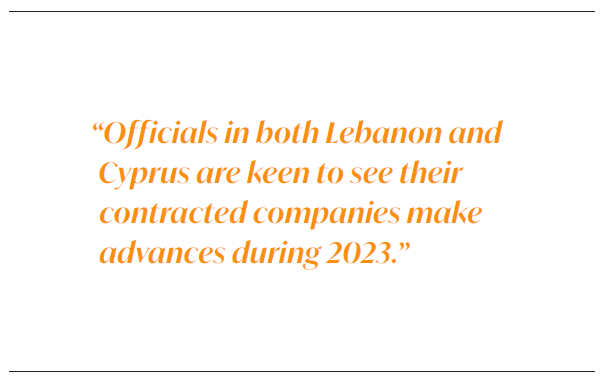 Block 10 is operated by ExxonMobil in partnership with QatarEnergy, which saw a dry well at Delphine-1, but a discovery at Glaucus-1 with an estimated 5-8 trillion ft3. Currently an appraisal well is underway with the Glaucus-2 well. A year ago, the government awarded an exploration licence to the ExxonMobile/QP partnership for Block 5, which is north and west of Glaucos-1.

Depending on the outcome of the appraisals that are underway in the blocks southwest of Cyprus, the subject of gas exports is likely to come once more to the fore. In the early days of exploration offshore Cyprus, considerable attention was given to the proposed construction of an LNG facility to be built on the island’s southern shore for gas export to Europe and other destinations. But low gas prices and the regional dominance of piped Russian and Azeri gas eventually caused this idea to fade. A subsea gas pipeline project to Greece and Europe, the EastMed Gas Pipeline, was also given considerable attention, and continues to be mentioned occasionally, but it looks increasingly like a long shot. The pipeline once had the backing of the US under the Trump administration, but that has changed with the Biden administration, which with an estimated cost now set as high as $9bn does not see the pipeline as a viable option.

LNG trains in Cyprus, as mentioned in the Comtrack report and first mooted by Israel’s Delek (now NewMed Energy) after the 2010 discovery of Leviathan, are coming to be seen as a possibility, provided offshore gas is aggregated at one facility under a partnership with all producers.

Fixed LNG would be “operationally most efficient, but most expensive and longest time-line to develop,” the Comtrack report said, adding that it “needs at least 10 trillion ft3 and must compete with underused existing [LNG] Egyptian facilities.” It would also require a complex and expensive pipeline to the designated Vassilikos project site across difficult sea-floor terrain. By comparison, the report said, a floating LNG installation (FLNG) would be more expensive operationally and less reliable, but cheaper and quicker to build. Plus, it avoids a pipeline, is suitable for volumes of 5-10 trillionft3, and would be much faster to first gas.

Cyprus gas in the form of LNG is currently the view being taken by the ministry of energy with regard to the Aphrodite field, which is operated by Chevron in partnership with Israel’s NewMed Energy and Shell. Aphrodite lies in the far southeast corner of the Cyprus EEZ along the Israeli maritime border and near Israel’s Leviathan gas field, where Chevron is also an operator and NewMed a major partner.

Speaking in Cairo in early December, Cypriot energy minister Natasa Pilides said Chevron will begin a new round of drilling in Aphrodite in early 2023, signalling that the US major is ready to develop the field, which comes as good news to Nicosia after a prolonged wait. Pilides said Cyprus is trying to expedite development of Aphrodite so that gas will reach Egypt in 2027. A draft on the development of the field is expected by the end of this year, she said. But the end of the year is here.

The overall idea is to export Aphrodite gas to Egypt where it will be re-exported as LNG to European customers. However, it remains unclear if gas produce at Aphrodite will be transported directly to Egypt through a designated subsea pipeline, or if it will be shipped through a connection with Israel’s Leviathan field, or whether it will be hooked up with one of the pipeline systems running from Egypt’s West Delta Deep Marine (WDDM) or Temsah fields, or whether Chevron will opt for FLNG, an option under consideration for Israel’s Leviathan field.

Officials in both Lebanon and Cyprus are keen to see their contracted companies make advances during 2023. With Europe ready for East Mediterranean gas, it is time for the region to show its stuff.