Altruism aside, the biggest barrier to the development of the carbon capture utilisation and storage (CCUS) market is cost. With transportation costs coming up to as much as $50/metric ton, depending on distance, this part of the equation is not an insubstantial one.

It therefore makes sense to look at all options to make the economics work. One idea that occasionally makes the rounds is the so-called "dual-use shipping" model, where the backhaul or unladen leg of LNG carrier voyages is used to transport liquefied CO2 to storage or sequestration sites.

While a seemingly brilliant idea on the face of it, making the concept work is a little more complicated. The first challenge is the different tank pressure requirements of the two gases.

CO2 is liquefied at a pressure about seven times higher than LNG, and therefore needs much stronger tanks to transport it. One cannot just simplistically route an existing LNG carrier to a carbon capture facility to pick up an LCO2 cargo for its return voyage and make money on both legs as proponents of this concept suggest.

Ship broker Clarksons asserts that "LNG carriers are not able to withstand the pressure required to handle CO2 cargo" and notes that although some small-scale LNG carriers have a relatively high-pressure rating, this is still not high enough to handle LCO2.

Nonetheless, a University of Houston study has come up with some theoretical numbers showing how the model might work using a specially fitted out dual-use vessel. The study found that for an additional outlay of just $50mn to outfit a vessel for dual-use, an owner could make as much as $133,000/trip and reduce the effective cost of CO2 transportation to $2.5/mt or about 4% to 5% of total costs.

But this was based on several provisions such as a specific set of routes between South Korea and Japan and enhanced oil recovery users in the US Gulf of Mexico and the establishment of a commercial partnership agreement between the carbon capture facility, the EOR operator and the vessel owner.

Other factors include having international agreements in place to facilitate the commoditization of global CO2 trading and a regulatory framework to manage the risks.

The authors acknowledge that "establishing a tripartite agreement may be challenging as market reforms attempting to put a price on carbon have been hard to mobilise.”

They further optimistically opine that "this underscores the need for policy interventions to mitigate the risks from commodity price fluctuations, geopolitics, and local and global government relations".

Owners and operators have mostly made their thoughts on the matter known through their research and development efforts and investment decisions. 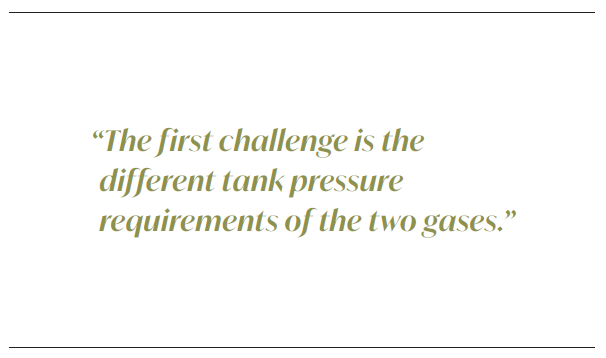 A string of CCUS feasibility studies and a small number of actual projects have been launched and several LCO2 carrier designs have gained classification society approval, but none of these involves dual-use LNG carriers.

These include all the three major Japanese lines NYK, MOL and K Line, who have partnered major oil companies such as Petronas, Pertamina, Chevron and Shell among others, and are at various stages of maturity.

Notably, new Greek-owned venture EcoLog announced earlier this year an ambitious plan to put a fleet of 60 LCO2 carriers into operation, along with associated import and export terminals, to transport 50mn mt/year by 2035.

While acknowledging the need for scale to keep costs down, Ceres Shipping, the parent of EcoLog which also runs an LNG carrier business through GasLog, has no plans for dual-use carriers.

The only recent project that has pulled the trigger on actual vessel newbuildings, the Shell-Equinor-TotalEnergies Northern Lights joint venture, is building two 7,500-m3 LCO2 carriers at Dalian Shipbuilding Industry Co.

But they will be LNG-fuelled and wind-assisted and designed mainly for coastal shipping to support a European carbon capture infrastructure network.

Petronas' joint studies with Japanese, South Korean and other partners are aimed at CCUS projects using EOR sites for storage, making use of its vast acreage off Sabah and Sarawak in Malaysia.

Chevron's joint study with MOL meanwhile will explore the technical and commercial feasibility of transporting up to 2.5mn mt/yr of LCO2 for storage offshore Australia by 2030.

While developments have accelerated rapidly in the past year or so, the planning and study phase that most of these projects are currently at suggests that caution abounds in this nascent sector.

The technology is not new and there are many examples of earlier projects that have been successful or otherwise to varying degrees. The more recent projects are born out of a renewed urgency to cut global carbon emissions, while taking advantage of the new technology and greater impetus now available.

However, many challenges remain around the economics as well as the regulatory framework needed to make them work on a global scale.

Prime among these are the high upfront capital costs of the capture technology and transportation infrastructure as well as the need for reliable measurement to ensure proper transfer of custody between producers and consumers and for reporting of carbon tax credits and regulatory compliance.

The upshot of all this is the fact that the risks of entering the CCUS market are high and vessel owners as well as their industry partners will tend to gravitate towards solutions that mitigate the risk as much as possible.

This means the building of dedicated project-specific vessels locked into long-term contracts on projects with firm backing by established players.

While reluctant to directly write it off, betting on an unproven business model such as dual-use LNG carriers for LCO2 shipping is a risk it seems not many are prepared to take. 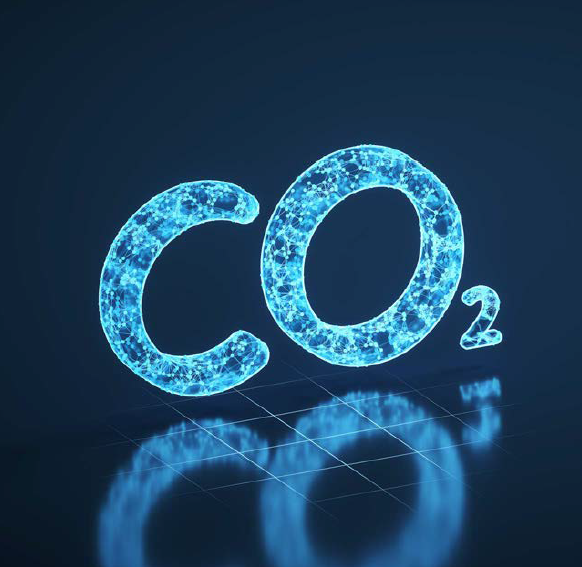 Costs and the associated risks have been amplified by the recent sharp rise in LNG carrier demand and its ensuing inflationary effect on newbuilding prices at the yards.

With prices already at multi-decade highs, not to mention slots booked out for several years, few would be prepared to risk the additional cost and effort needed to bring this concept to fruition.

If a network of CCUS projects and a mature LCO2 shipping system evolves in due course, it is not inconceivable that some LNG carrier owners might revisit the concept as conditions and the chances of success improve.

Perhaps the cost of retrofitting existing vessels with LCO2-capable tanks might be considered economically viable with improved risk-return dynamics. For example if deliveries of the current spate of newbuilding orders runs into a slumping LNG market, owners' former risk aversion might quickly flip to acceptance instead.

Efficient and low-cost LCO2 transportation is an important element in the success of any CCUS scheme. Like anything novel, the dual-use shipping model has struggled to gain popularity. However its time may yet come as the market continues to develop.