Dart to Pursue CBM In Belgium

NVM is a wholly owned subsidiary of Limburgse Reconversie Maatschappij (LRM), a Flanders Authority owned enterprise, focused on promoting economic development and overall employment in the province of Limburg, Belgium.

The joint venture will seek to explore, appraise and develop CBM resources on NVM's existing coal mining concession area in the Campine Basin, Flanders, Belgium, as well as look to secure additional CBM and unconventional gas concessions in the same region.

NVM owns approximately 80% of all coalfield concessions in the Flanders region of Belgium.

Dart said it would own 80% of the newly formed joint venture, NV Limburg Gas, with NVM holding the remaining 20% interest. Dart and NVM will fund the cost of exploration and share the economic benefits in proportion to their respective equity interests in the joint venture. Dart will be operator and manager of the joint venture.

The joint venture would initially focus on a 350 square kilometre area . The two parties have agreed to an initial appraisal programme of a minimum of 1 core well to be drilled during 2012. Depending on successful outcomes, the programme might be expanded to include additional core wells in 2012, and pilot wells in 2013.

Dart Chief Executive Officer and Managing Director, Simon Potter said the partnership with NVM was a result of its takeover of UK- based Composite Energy earlier this year.

"Dart acquired Composite Energy Limited to provide a low cost CBM platform in Europe with a maturing funnel of business opportunities, including the opportunity in Belgium which Composite has been working on securing for over 12 months,” he said.

“The initial entry cost into the joint venture is modest, but over time the potential exists to work through this joint venture and develop a material CBM resource in the Campine basin which although prospective is currently unexplored.”

“This transaction is therefore consistent with Dart's stated strategy of gaining low-cost access to high-graded opportunities proximate to high demand gas markets and high prices, and furthers our desire to selectively expand our acreage across Europe". 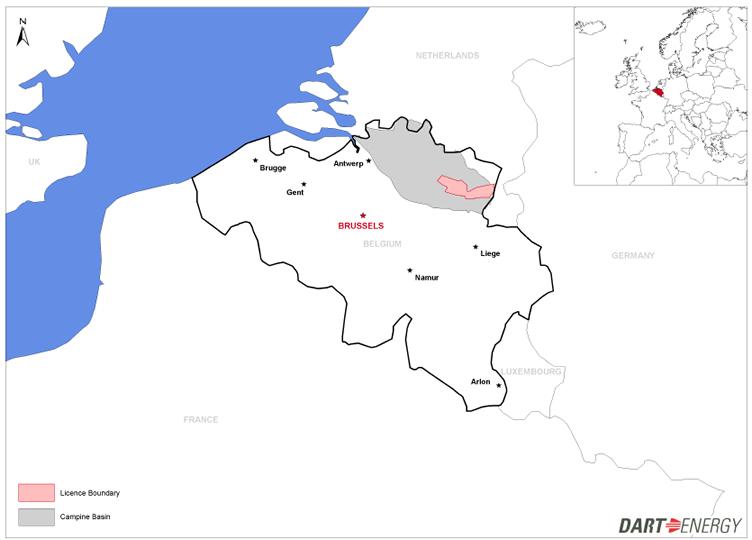