Cyprus and Egypt have signed the first of three agreements that involve gas being transported from Cyprus’ exclusive economic zone (EEZ) to the LNG terminals of Egypt or for domestic demand in Egypt’s power stations.

In a joint statement August 31 they said: "Governments of Cyprus and Egypt decided to speedily proceed with discussions on an Intergovernmental Agreement for the pipeline from Cyprus to Egypt, which will be intended to facilitate the realisation of the project within the maritime areas of jurisdiction of the two countries. Cooperation in the oil and gas sector between the two countries will further deepen the excellent relations between Cyprus and Egypt to the mutual benefit of the peoples of Cyprus and Egypt, and will also further unlock and promote the potential of the Eastern Mediterranean as a whole." 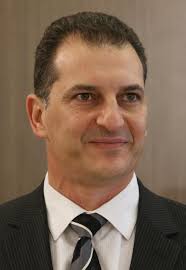 The agreement sends clear messages about the direction of Cyprus’ energy planning, which is at a very difficult period owing to developments in the area. Based on these plans, it is expected that Cypriot gas could be exported during the period 2020-2022.

But as Cyprus’ energy minister Giorgos Lakkotrypis said, this will require entering into firm, commercial, gas sales agreements first. This does not appear to be any more likely or imminent.

Lakkotrypis said the agreement creates a secure investment framework for the transport of natural gas to Egypt. He added: “Essentially today we signed an agreement that provides that the two countries will respect the provisions of any trade agreements to be made in the near future… We hope that this agreement will assist and accelerate trade agreements… creating a secure investment framework for the sale of natural gas from Cyprus to Egypt."

Egypt’s minister for petroleum Tareq El Molla echoed this by stating “We are very excited. We look forward to the next steps that will be part of the trade agreements to be developed soon.” He also expressed the desire of Egypt to become an energy hub in the eastern Mediterranean region.

It is a political agreement between the two states facilitating the export of gas from Cyprus to Egypt. It was stressed that the development confirms that the process of exploitation of Cyprus gas is now moving forward.

Following discovery of Aphrodite, Cyprus and Egypt entered into negotiations in August 2014 for the joint exploitation of natural gas deposits and an agreement was signed in September that year. This was followed by a tripartite Egypt-Cyprus-Greece meeting in Nicosia in November 2014 after which Sherif Ismail, Egypt’s then oil minister, said ‘Cairo would speed up talks to pipe Cypriot gas for domestic needs and possible re-export.’

In February 2015 Egypt and Cyprus signed another MoU to study over a six-month period technical solutions for the transport of gas through a marine pipeline from the Cypriot Aphrodite field to Egypt.

The Egyptian petroleum minister hailed this as the start of cooperation between the two countries in importing gas, but clarified that there is no agreement over the price of the imported gas, and that this will be negotiated after the sixth-month period. The six months have come and gone and no result has been forthcoming.

More agreements followed in August and October 2015 and in November BG – now owned by the Anglo-Dutch major Shell – joined the block 12 consortium opening the way for transporting gas to its LNG plant at Idku for export to Europe.

However, despite the political will and company support none of these accords progressed to any commercial deals as the economics do not add up, in today’s low gas-price environment.