Cyprus has awarded blocks 6, 8 and 10 in its third offshore licensing round, the energy ministry said December 21. The blocks are all in its exclusive economic zone. It awarded Block 6 to Italian Eni and French Total; Block 8 went to Eni and Block 10 went to US ExxonMobil and Qatar Petroleum. These are production-sharing contracts.

The council of ministers has appointed a team, led by the ministers for energy and for finance, to negotiate contract terms and provisions with the selected applicants. If negotiations are successful, and the contract for each block is approved by the council, licences will be granted. If not, the runner-up applicants will be invited for negotiations. In late July the government received six bids from eight companies. 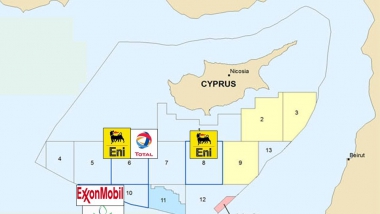