The Atlantic Council of Washington DC has produced a major report stressing the need for Europe to develop its gas interconnections if it is to benefit from increasing competition between Russian pipeline gas and US LNG – and cope with any major gas supply crisis.

The report, written by Natural Gas World’s Chief Analyst, John Roberts, specifically recommends coordination of the EU’s current projects of common interest (PCI) to ensure that substantial volumes of gas can flow freely between the Baltic, the Adriatic and the Black seas.

An initial version of the report was presented August 26 at the Dubrovnik Forum, a meeting convened by the president of Croatia, Kolinda Grabar-Kitarovic, in order to further regional energy integration, notably through new or improved gas interconnections.

One of the report’s key recommendations, the development of the Ionian Adriatic Pipeline from Albania to Croatia, was the subject of a memorandum of agreement signed at Dubrovnik August 29 between, on the one hand, Croatia, Albania, Bosnia-Herzegovina and Montenegro, and, on the other, the Azerbaijani state oil company Socar, for a connection between the IAP and the €6bn Socar-backed project to build the Trans Adriatic Pipeline from Turkey to southern Italy.

The report makes two major recommendations. The first is that the Action Plan for Central Eastern and South Eastern Connectivity (CESEC) approved in Dubrovnik on July 10, 2015 should be fully implemented. The second is that there should be an integration of existing projects to develop what the author calls a “Backbone Pipeline” to connect the existing Polish LNG regasification terminal at Świnoujscie on the Baltic coast, with Croatia’s planned LNG terminal at Omisalj in the Adriatic, together with an effective connection through to the Black Sea and the Aegean, possibly based on an expansion of the Bulgaria, Romania, Hungary and Austria (BRUA) scheme.

The first recommendation requires further financial and diplomatic support for six of the CESEC Action Plan projects, since the seventh, the development of the Trans-Adriatic Pipeline (TAP) from Turkey’s border with Greece to southern Italy, is already well under way.

The six remaining projects are:

•   The phased reinforcement of Bulgaria’s domestic system to allow utilization of both interconnections that are already in existence and those under development;

•   An LNG terminal in Croatia, with potential for phased development;

•   An LNG evacuation system from Croatia toward Hungary together with the necessary reinforcement of Croatia’s domestic system.

The second major recommendation essentially requires development of an interconnector capable of carrying around 15bn m³/yr between Lwowek in Poland and Slavonski Brod in Croatia, together with a crossover point at Varosfold in Hungary so that it can operate in conjunction with the BRUA system and a connection to the main central European hub at Baumgarten.

Roberts stresses that what is needed is a system of sufficient capacity both to boost competition within Europe and to serve as an emergency distribution system should one major supplier, such as Russia or Norway, for one reason or another prove unable or unwilling to continue deliveries.

The Backbone concept is presented as a way of upgrading existing and planned interconnections in a coordinated manner to serve both commercial purposes and the energy security of Europe as a whole. The report also states that there is a need to ensure backhaul – reverse capability – on the Brotherhood system that brings the largest volumes of Russian gas to Europe via Ukraine.

The report also tackles the controversial issue of how to finance pipeline development in Europe, and the problem of tackling corruption, particularly corruption arising from a country’s reliance on a single supplier. In addition, it addresses progress in ensuring an end to the “island” status of the northeastern Baltic members of the European Union: Estonia, Latvia, and Lithuania. 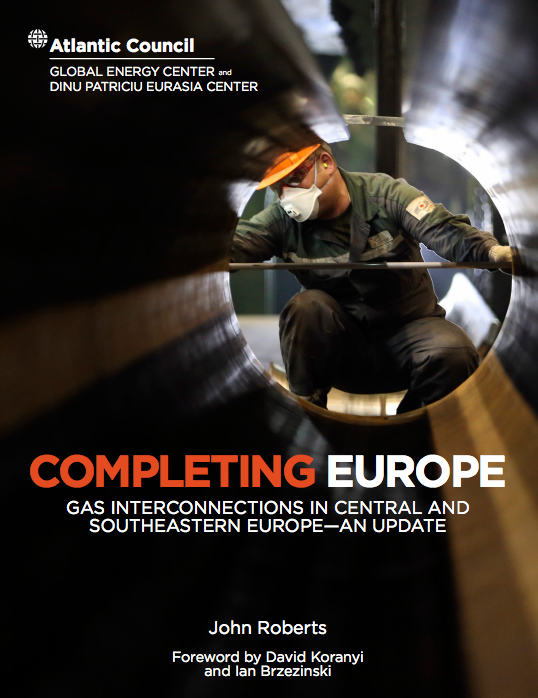