Storage played an important role in helping China’s gas market soften the impact of shortages in January caused by surging demand from exceptionally cold weather. But storage capacity remains woefully underbuilt in Asia’s biggest gas market, and it is less than the government’s percentage target of household demand.

Storage assets are vital for seasonal demand-supply balancing – particularly in China’s heating season, when consumption and supply of the fuel are finely balanced. It is still readjusting to the policy switch to gas from coal. As such the government has pushed hard for increasing storage capacity.

China had around 14.1bn m³ of underground gas storage (UGS) working capacity at the end of last year, falling short of the planned 14.8bn m³ set in the central government’s 13th Five-Year Plan (2016-2020), according to a NGW analysis of company announcements, government statements and media reports.

In addition, there was 6.5bn m³ of gas storage capacity across LNG tanks at import terminals and at least 0.5bn m³ in LNG peak-shaving stations.

Combined capacity across the various storage infrastructure amounted to around 21.1bn m³, or less than 7% of China’s estimated gas demand in 2020 – well below the 16% threshold goal set by the central government after the 2017-2018 winter gas supply shortage. As it stands, none of China’s regions meet the minimum threshold of 10% storage capacity except the northeast.

Since that gas supply crunch three winters ago, storage capacity has expanded quickly under the encouragement of Beijing but has not been able to keep up with surging gas demand. 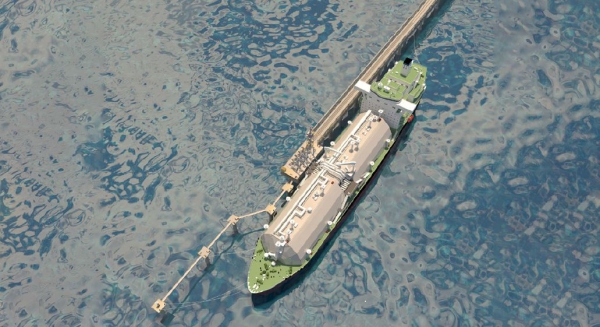 China has 15 UGS sites across 28 depleted oil and gas reservoirs and salt caverns, with a total working gas storage capacity of 14.1bn m³. Nine of the 15 UGS facilities are owned by China National Petroleum Corp (CNPC), the largest of the country’s three national oil companies (NOCs) and its biggest gas producer by far.

Three were transferred to China Oil & Gas Pipeline Network Corp (PipeChina), the state-owned midstream infrastructure operator that formally began operations last October. Two are owned by Sinopec, another NOC that is the second-largest gas producer. Towngas China, one of the top five city gas distributors in the country, is presently the only non-NOC entity that owns an UGS asset.

Part of the problem is the uneven distribution of gas storage facilities across China. UGS capacity is most concentrated in the south, northwest and north of the country. These regions happen to be China’s major gas production centers and hence have a larger presence of depleted hydrocarbon fields available for storage. LNG storage tanks are mostly in coastal terminals on the southern and eastern seaboards.

China has struggled to ramp up UGS capacity to meet surging gas demand. UGS assets in the Chinese gas market play a key role in seasonal peak-shaving – which mainly help with heating demand in the north during winter – regional gas supply rebalancing between western and eastern provincial markets, and national energy security as they ensure enough gas supply to meet China’s demand across various sectors.

Complicated geographical conditions have hindered UGS buildout. Many gas reservoir UGS sites in China are as deep as 4,500 metres, whereas in other parts of the world, UGS facilities are less than 2,500 metres from the surface. Moreover China’s salt caverns are of low quality owing to thin salt layers and some are even buried nearly 2,000 metres down, compared with 1,500 metres in other regions.

As the geographical terrain is more complicated in China, construction is often costlier and lengthier. Huge investment requirements, coupled with a lack of ideal storage types and site locations, have hindered widespread UGS buildout. These natural obstacles will restrict the horizons for future growth, but existing plans have identified enough suitable sites for storage facilities in the near to medium term.

The share of working gas capacity of UGS facilities in gas consumption declined from 6.9% in 2000 to 1.6% in 2011 because of stagnant storage capacity buildout and surging gas demand. The downtrend reversed with the commissioning of six UGS facilities in 2013-2014, which added 7.2bn m³ of working capacity and boosted the share to 5.5% in 2014.

But storage capacity expansion subsequently slowed. During 2015-2018, only three UGS facilities were commissioned, adding just 900mn m³ of working capacity. The share of UGS capacity in demand fell to 4%.

UGS storage capacity construction picked up in 2019, with the commissioning of Sinopec’s Wen 23 in the central province of Henan, adding 3.1bn m³. However, as gas demand growth continued to outpace UGS capacity expansions, NGW expects that total UGS working gas capacity represented an estimated 4.4% of national gas demand in 2020. This is much lower than international averages of more than 11% – the ratio in the US and Russia is 17%, rising to 20% in Europe.

UGS working gas capacity to reach 14.8bn m³ by 2020. While NGW projects China did not achieve this, given the shortages experienced over the past two months and that the existing storage capacity cover thresholds set by the government on gas suppliers, city gas companies and local cities, the government will likely continue to push construction plans.

In recommendations for the 14th Five-Year Plan, a key policy document passed by a leadership gathering in late October, central authorities outlined their intent to encourage building of more gas storage capacity.

There are 14 UGS projects under construction that will enter operation within the next five years, adding 13bn m³ of working capacity. One project is planned for development with initial phase experiments completed and four more projects are proposed; these five are expected to also be online before 2025. At least another eight new projects are proposed and could be up and running in the second half of this decade.

According to the National Energy Administration, if all these targets are met, China’s total storage capacity ratio needs to be around 16% of total gas demand. This is not a formal target, but is assumed to be a desired threshold within the industry.

Long-range forecasts for China’s gas storage capacity are few and far between as information on projects beyond 2025 is relatively sparse, but one CNPC researcher told NGW that combined capacity of UGS, LNG terminal tanks and peak-shaving stations with capacity of at least 10,000 cubic metres could more than triple to 71bn m³ by 2030.

But flexibility options may impede sustainable gas storage developments. Since most UGS assets in China are owned by NOCs, storage costs are included in piped gas prices as they are considered supporting facilities for long-distance transmission pipelines. Therefore, investments in underground storage facilities are recovered through pipeline charges and profits are included in the midstream pipeline sector.

If gas storage businesses cannot operate independently from pipeline operators, then the ability to price storage services accordingly is limited. The payback period of UGS facilities in China is estimated to be more than 10 years.

China’s domestic gas price system also limits the pricing flexibility of storage facilities. Current city-gate pricing mechanisms are regulated by the government and apply one price for all seasons. Although the NDRC allows a 20% price fluctuation for peak and low season, the range is fixed. Without allowing for market seasonal price fluctuations, storage facilities cannot adequately price their seasonal peak-shaving ability accordingly.

Pricing inflexibility and uncertain payback periods mean private companies have mostly shunned the construction and operation of gas storage, with the notable exception of Towngas China. The inflexibility is likely to be addressed in potential gas pricing reforms during the 14th Five-Year Plan. Developments with PipeChina and the transfer of infrastructure assets may also alter these dynamics.