UK energy companies who were in favour of the UK remaining in the European Union have accepted the result of last week's referendum, but warn of the uncertainty that will endure while the negotiations on terms of departure continue. The first step is that the UK must invoke Article 50 of the EU treaty, which sets the clock ticking on a two-year process. That has not yet happened, and the prime minister, David Cameron, is not expected to do so during this week's EU summit.

One of the arguments for remaining in was that the UK would be able to influence the course of events within the block more effectively than it could as an outsider.

But energy markets stand to be less affected, owing to the UK's obligations to comply with existing rules if it is to continue to trade, and as one of the more market-oriented countries with an unbundled regime, a liquid hub and a transparent market, it is already well-equipped for this, provided the direction of travel remains constant.

So far the notion of UK entities quitting European industry lobby groups and work groups such as the pipeline operators' group Entsog and the regulatory agency Acer has not been aired.

However, with no precedent to follow – no country has yet left the European Union – risks will continue to unfold as the negotiations proceed.

In a statement, the CEO of the largest UK retailer and major energy trader Centrica, Iain Conn, said: "As has been reflected in the markets, the outcome of the EU referendum and the path forward from here will create uncertainty which adds to the challenges for UK businesses in all sectors. We judge the direct impacts on Centrica specifically to be limited in the short term, but clearly in the long-run that uncertainty represents risks for the evolution of our markets. Our focus will be to understand what this may mean for energy regulations over time, and how the changed involvement of the UK would impact the competitiveness of the European energy markets. The UK is a major energy importer and what happens in the EU energy market will ultimately impact energy consumers in the UK. Our overriding focus is to continue to deliver for our customers and shareholders."

The company has also commented on the outcome of last week's Competition & Markets Authority's two-year probe into retail energy, a time that saw the collapse of the oil price, lower wholesale gas prices and the greater development of competition as more companies saw opportunities.

"We have reviewed the executive summary of the CMA’s Final Report and believe that many of the remedies will further enhance the market and benefit customers," it said June 24 – the day the referendum result became known. "Following the publication of the final report we will continue our focus on developing innovative products, giving customers in the UK more choice and competitive offerings."

Conn said: “Delivering for the changing needs of our customers is at the heart of what we do at Centrica. We are determined to ensure that our company and the market in which we operate best serve consumers of energy and services. Our focus now is to understand in detail how these remedies will be implemented and to work to create an even more effective market for those customers.” 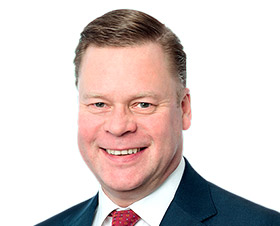 The CEOs of Shell and BP, as well as those of E.ON and Siemens, had called prior to the June 23 referendum for a vote in favour of the UK remaining.

“Although Shell was in favour of the UK remaining in the EU, we respect the decision of the majority of the British people who voted to elect to leave. We will work with the UK government and European institutions on any implications for us. Our priority is to continue providing reliable, affordable energy to our customers in Europe and the UK,” said a Shell spokesman on June 24.

And UK major BP said: “It is far too early to understand the detailed implications of this decision and uncertainty is never helpful for a business such as ours. However, we do not currently expect it to have a significant impact on BP’s business or investments in the UK and Continental Europe, nor on the location of our HQ or our staff. As details of the process for negotiations around the UK’s future relationship with the EU become clear, we expect to engage with both the UK government and the EU on areas of common interest.”

Equinor faces pressure to do more on the energy transition