CCS picks up pace in the US [NGW Magazine]

Carbon capture and storage (CCS) has failed to live up to initial expectations, but now appears set to enjoy a new lease of life thanks to the energy transition. A growing number of governments and companies globally are setting ambitious decarbonisation targets, and CCS is seen as an ever more important part of the decarbonisation equation. Indeed it is one of those technologies that has no stand-alone value chain but on which so much depends from the point of view of the Paris Agreement.

There is also increasing scope for overlap between oil and gas and CCS initiatives in countries such as the US. This is playing out in various ways, including proposals for new LNG export projects on the Gulf Coast with a CCS component. Upstream companies are also taking part. For example, Occidental Petroleum is talking up its plans to deploy CCS in order to reduce the carbon intensity of its upstream operations, starting with the Permian Basin. 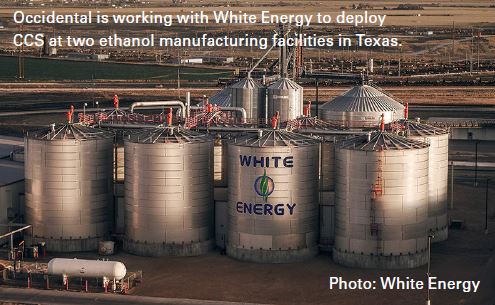 Indeed – perhaps surprisingly given that the administration of the outgoing president, Donald Trump, has largely not concerned itself with decarbonisation – the US is among the world leaders in the development of CCS projects. However, the technology enjoys bipartisan support according to the Global CCS Institute, an international think-tank. The institute published its Global Status of CCS 2020 report on December 1, which says that of the 17 CCS facilities initiated this year, 12 are in the US. The institute’s report says there are 65 commercial CCS facilities in various stages of development globally.

The expansion of US CCS capacity has been largely attributed to a tax credit rolled out in 2018, with US projects also benefiting from access to storage hubs that are under development with support from the country’s Department of Energy (DoE). The Global CCS Institute says the US has some of the most advanced, supportive policies for CCS globally.

Given that US president-elect Joe Biden views decarbonisation as far more of a priority than does Trump, there are expectations that his policies will help spur the development of CCS. Indeed, Biden’s climate plan calls for further research into CCS technologies and their accelerated adoption.

“We are very pleased to see president-elect Biden’s ambitious and comprehensive approach to addressing climate change, including his goal of net zero carbon emissions by 2050,” the Global CCS Institute’s general manager of communications and advocacy, Guloren Turan, told NGW. “Establishing policies that build on that goal, and incentivise business investment in low-carbon technologies like CCS, will be critical to building support and momentum,” she added. “Fortunately, policy development related to CCS sees support across all party lines in the US and we trust that strong bipartisan backing will continue for years to come.”

The reasons behind the deployment of CCS in the US are changing. Historically, carbon dioxide (CO2) was captured in the country for use in enhanced oil recovery (EOR) from conventional formations. Occidental says it has been deploying CCS at its conventional Permian operations for over 40 years alongside its EOR operations, for example. The shale revolution shifted the focus away from conventional oilfields, and more recently, the collapse in oil prices made carbon capture for EOR unprofitable.

Until recently, storing the CO2 for environmental reasons was not a priority. But as more companies, governments and other players adopt decarbonisation targets, this is changing. The process is also being hastened by the fact that energy importers elsewhere in the world increasingly want products with better environmental credentials.

A striking recent example is France’s Engie pulling out of talks on a potential LNG supply deal with the US’ NextDecade. This is despite the fact that NextDecade announced in October that it was targeting carbon neutrality at its proposed Rio Grande LNG project, which was to have sold some of the output to Engie. The project would have a CCS component that NextDecade estimates will help reduce its emissions by around 90%, and it continues to explore options for addressing the remaining emissions.

At issue was the fact that US LNG terminals use shale gas as feedstock, while France has banned hydraulic fracturing on concerns over the technique’s environmental impact. Engie was reportedly under pressure from the French government to end talks with NextDecade as a result of similar concerns over the use of fracking in the US, despite Rio Grande LNG’s own environmental goals.

France is not alone in highlighting such concerns, but Europe is one region where they are most prominent. The European Union is exploring ways to put pressure on exporters of LNG to reduce their greenhouse gas (GHG) emissions if they wish to sell their fuel to the bloc. Meanwhile, in Asia, a growing number of countries are also stepping up on decarbonisation by adopting long-term net zero emissions targets. This notably includes China – which is also on track to become the world’s largest importer of LNG. For exporters of the fuel, it is therefore more important than ever to demonstrate that their product can be compatible with decarbonisation targets.

In the US, some states are pursuing CCS more aggressively than others. Neighbours Louisiana and Texas make for an interesting example of differing state approaches. The two Gulf Coast states share similar geology, with numerous aquifers and depleted oil and gas fields that can be repurposed for CO2 storage. The two are also major hubs for both upstream oil and gas production and petrochemicals, and both are high on the list of US CO2 emitters – with Texas in the top spot.

Yet the governor of Louisiana John Bel Edwards has established a Climate Initiatives Task Force in his state and has instructed it to study the development of a CCS industry. Developers in Louisiana have also applied to the US Environmental Protection Agency (EPA) for permits to store CO2 and various players in the state have expressed an interest in turning it into a CCS hub.

Texas, meanwhile, is lagging behind other leading oil- and gas-producing states in seeking federal approval to store CO2. Its governor Greg Abbott is not reported to have signalled any kind of support for developing CCS in his state. This is not to say, however, that Texas is avoiding CCS altogether. Projects underway in Texas include the Zero-emission Energy Recycling Oxidation System (Zeros) scheme, involving two waste-to-energy plants that will capture CO2. NextDecade’s Rio Grande LNG facility will also be in Texas, if it reaches the construction stage.

Other CCS initiatives in Texas have struggled to survive, however, with the Petra Nova carbon capture project – which was initially designed with CO2 for EOR in mind – going offline earlier this year as oil prices collapsed again.

Given the growing focus on decarbonisation, it increasingly appears as though CCS development will gain traction whether state governors support the industry or not. Federal support for CCS is likely to increase under Biden, and private companies are more anxious to play up their environmental strengths.

On a national level, the Global CCS Institute expects the US to continue leading the way at least in the shorter term, though it believes other countries are becoming increasingly competitive on carbon capture.

“While the US is leading the charge in the number of CCS facilities in operation, which will likely remain the case for the coming years, jurisdictions around the globe are taking serious steps forward to accelerate the technology’s deployment,” Turan commented.