Turkmenistan’s president, Gurbanguly Berdymuhamedov, has proposed that Japanese companies consider investing in large-scale industrial projects that will develop the country’s economy, as well as in the construction of Turkmenistan-Afghanistan-Pakistan-India (TAPI) gas pipeline.

The proposal was put forward during the meeting with senior representatives of Japan’s Mitsui Engineering & Shipbuilding and of Sojitz Corporation.

The $10bn TAPI project is aimed to carry 33bn m³/yr of gas to the participant countries by 2021. Ashgabat has an 85% stake in the challenging project, which equates to one third of the country's total yearly budget.

However, the latest official statistics indicate that since December 2015, when Turkmenistan started the construction of its 214-km section, only about 10 km have been completed so far.

During the meeting, the businessmen expressed their companies’ readiness to join the business partnership, the Turkmenistan government reported.

TAPI Pipeline Co has been created to build and commission the pipeline. It is owned by the state-owned gas companies of the participating countries. Negotiations continue with other potential participants.

The project enjoys strong support from Washington. The US ambassador to Turkmenistan, Allan Mustard, in an interview with news site «Arzuw news» June 29, stressed the special importance of the project in the preservation of stability and the development of integration processes in the region.

The total length of the pipeline will be 1,814 km, of which 774 km cross Afghanistan, 826 km cross Pakistan. These countries’ sections will be built following international tenders. In April this year the shareholders TAPI Pipeline Co signed an investment agreement with an initial budget of over $200mn to finance the next phase of the project. This includes funding for a detailed engineering survey of the route, studies on the environmental and social impacts on the environment in Afghanistan.

In June, Berdimuhamedov signed a decree allocating more than $45mn to finance the initial phase of construction of the TAPI gas pipeline in Afghanistan and Pakistan.

Turkmenistan’s neighbour Kazakhstan is also continuing development of energy projects. National Bank of Kazakhstan announced June 11 that despite the low oil prices, the oil and gas projects shared majority in attracting the foreign investments in the first quarter of this year. "Direct foreign investments in the oil and gas production in Kazakhstan reached about $960mn in first quarter and the figure for geological exploration and survey projects amounted at about $1.5bn." 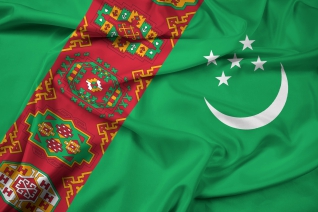 In total, some $4.3bn were invested in Kazakhstan’s economy in that quarter, only $70mn less than in the same period of the previous year.

Despite the field being onshore, the capital expenditure is high because the reserves are 3,800-5,000 metres deep and are very sulphurous.

Gazprom International, an affiliate of Russia’s state-controlled company Gazprom, asked the Tajik government July 12 for consent to drill a second well at the Sariqamish gas field. The first well in the Shahrinav district was a duster, according to the government, which puts field reserves at a possible 18bn m³ of gas and 17mn mt of oil.