The Canadian Gas Dialogues conference is designed to bring together the spectrum of stakeholders in the natural gas community for the exchange and sharing of insight and viewpoints on how we can collectively move forward the position of the industry in local, national and global communities.

In 2019 more than 140 Canadian gas industry executives, consultants, managers and other stakeholders participated in Natural Gas World’s inaugural Canadian Gas Dialogues conference April 23 in Calgary. Structured around four panels, the conference explored major issues impacting the Canadian gas industry: public perception of the industry, domestic and export markets for its product, and regulatory forces that are reshaping how – and even if – the industry can move forward. And a luncheon panel explored what can arguably be characterised as the biggest success story in the Canadian gas industry since the nation–building TransCanada pipeline system was built in the 1950s: the decision by the LNG Canada partnership to commit to building its $40bn liquefaction terminal and pipeline on Canada’s west coast.

As investors and the public become increasingly concerned about the environmental impact of fossil fuel production and consumption, it is becoming increasingly difficult for natural gas – the cleanest of the fossil fuels – to gain public acceptance. This session will explore the current dynamics of earning that acceptance, and driving a narrative that highlights the contribution of natural gas to climate goals and ending energy poverty.

Fugitive methane emissions are being targeted as a major contributor to climate change. Canada is a global leader in methane emission monitoring and mitigation, and is on pace to achieve a 45% reduction by 2025, meeting federal requirements. This session will discuss what is being done to minimize the emissions of methane, the gas industry’s most valuable commodity.

Over the past 50 years, Canada has developed a robust regulatory framework within which its abundant resource endowments could be reviewed, approved and monitored, away from meddlesome political and commercial interests. Recently, that framework has been shaken, and new regulatory constructs threaten the future of major energy developments and the ability of Canadian producers to reach international markets. Is Canada’s regulatory framework broken? And how can it be fixed?

The Canadian Gas Association, through its Natural Gas Innovation Fund, is driving the search for new and cleaner ways to produce and consume natural gas. From micro-scale LNG to basement carbon capture, what’s out there and who’s making it happen?

What Keeps You Up At Night?

Canada’s energy and resource community leaders are beset by a vast set of demons: public rejection of an industry vital to Canada’s economy; potentially lucrative international markets that remain tantalizingly out of reach; an endless array of social and political roadblocks that prevent critical infrastructure from being developed. In a lively post-lunch discussion, Canadian Gas Association CEO Timothy Egan will ask a trio of industry and community leaders: What keeps YOU up at night?

There was a time when the gas business in western Canada was “easy”: explore for it, drill for it, produce it, and sell it to the US. Since the shale gale blew through North America, however, much has changed: western Canadian producers have discovered a vast new resource. New drilling and completion technologies allow them to produce this new resource. But infrastructure has been slow to respond to this new resource, and western Canada is now at the wrong end of a very long value chain, and its producers are forced to accept low prices to sell their gas into saturated North American markets. This session will discuss how to enhance access to new and emerging markets, both in North America and abroad.

The Montney, straddling the border between northeastern BC and northwestern Alberta, has established itself as one of the premier shale gas resources in North America, rivaling such great basins as the Permian and the Appalachian in the US. But western Canada has much more to offer, from emerging liquids-rich plays in the Duvernay to established and growing plays in the Deep Basin. This session will draw on some of Canada’s top shale gas developers to discuss just what the potential might be.

LNG Canada and Woodfibre LNG represent Canada’s vanguard on the international LNG stage, but more is yet to come. From ISO shipments out of Vancouver to world-scale projects on the drawing board in Quebec and Nova Scotia, Canada has the potential to play a leading role delivering the world’s cleanest LNG to global markets. What needs to be done to make sure that potential is reached?

LNG Canada, Coastal GasLink and Woodfibre LNG have set a high bar for bringing Canada’s First Nations into their projects as valuable partners and overseers. But much remains to be done to bring true economic and social reconciliation to First Nations across Canada.  Resource development offers a path to reconciliation; what does that path look like, where does it start and where does it end?

With traditional markets in the US dwindling, Canadian producers must tap new pockets of demand to find a home for their commodity: coal-to-gas power conversion, petrochemicals, CNG and LNG for transport and remote power fuel. At the same time, forces across North America are seeking to block natural gas from new residential and commercial point-demand markets. Without putting all their eggs in the LNG basket, how can Canada’s producers take advantage of new market opportunities?

Canada is presenting itself as the source of the “greenest” LNG on the planet and the obvious supplier of choice as the world seeks to reduce carbon emissions. Article 6 of the Paris Agreement offers a framework for Canada to benefit from international carbon offset trading mechanisms, but can it work? Will it work? 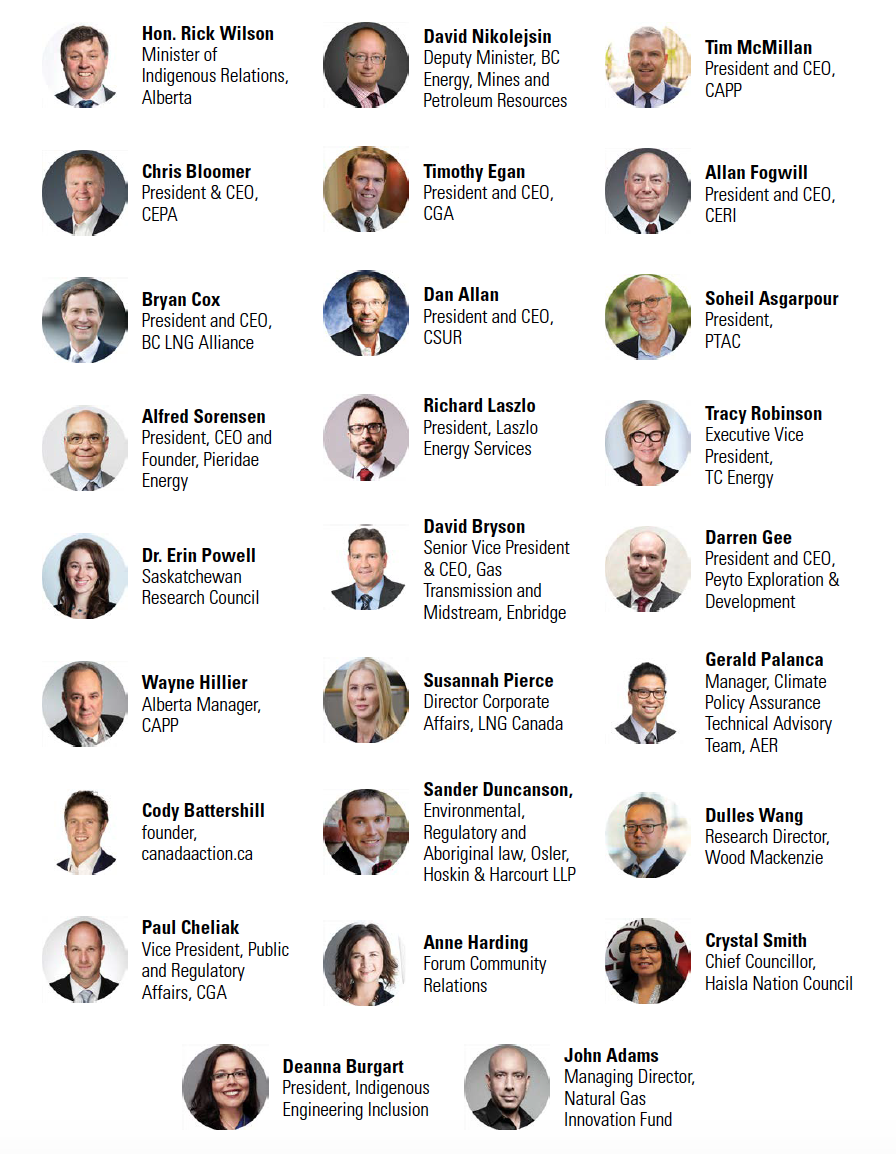 *(Prices do not include GST and handling fees)

For discounted rates for NGW Subscribers and/or multiple tickets, please contact us at rsvp@naturalgasworld.com

Would you like to sponsor Canadian Gas Dialogues? Please contact João Salviano for more information. Thank you. 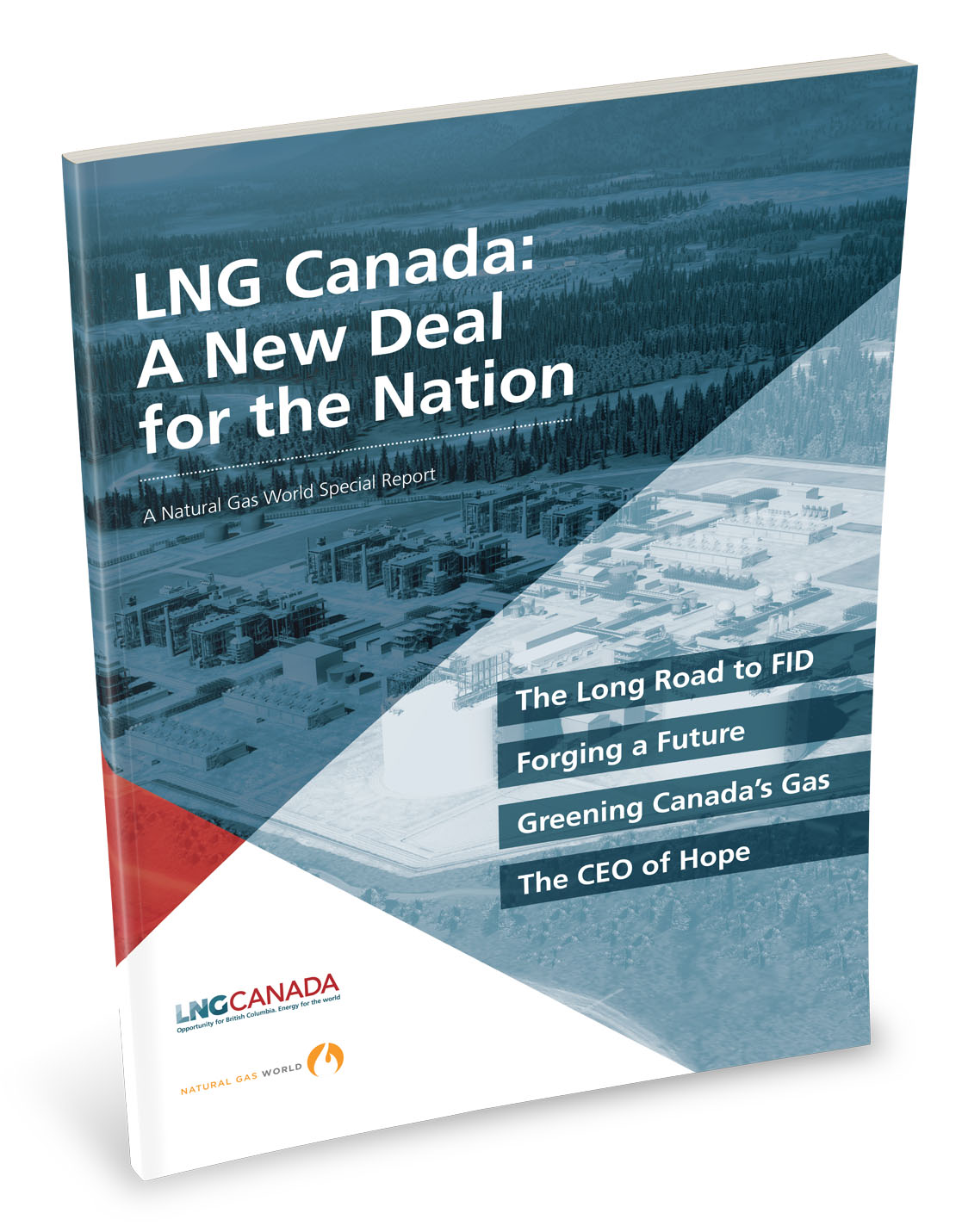 LNG Canada - A New Deal for the Nation. A Natural Gas World Special Report - With the support of LNG Canada.