Pipe installation has actually begun at both ends of the 670-km pipeline, a TC Energy spokeswoman told NGW July 28, with pipe welding and assembly starting in June at a river crossing near Kitimat. 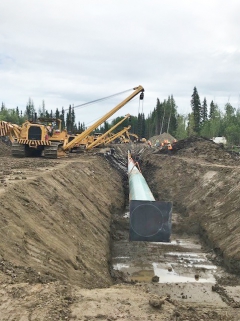 “Last week, segments of pipe were installed at a road crossing near Groundbirch, with additional crossings to take place this month,” she said in an email. “With these installations, our next focus is to begin mainline pipe installation along the route which is scheduled to begin in August.”