Canada – and particularly its oil and gas industry – is under more pressure than ever before to decarbonise. The country has set a target of net zero greenhouse gas (GHG) emissions by 2050, and certain oil and gas players have done the same, including an alliance of Canada’s leading oil sands producers.

The details of how this ambitious, long-term target is to be achieved remain vague, but a number of initiatives have been proposed. In the oil and gas industry, carbon capture and storage (CCS) – or carbon capture, utilisation and storage (CCUS) – is increasingly being touted. In some cases, it is being proposed in tandem with the production of blue hydrogen, which is produced from natural gas and has the emissions stemming from the process captured using CCS. 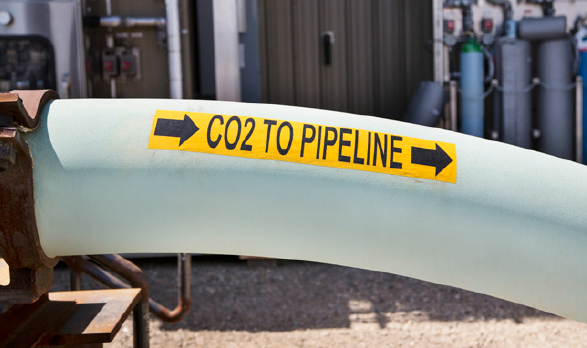 An Oxford Institute of Energy Studies (OIES) research associate, Nnaziri Ihejirika, who is also the founder of energy advisory and advocacy NGO Clean-Efficiency, says the value of CCS, compared with other technologies, is three-fold. It achieves deep decarbonisation, up to 90% according to Ihejirika; allows for the continued production of oil and gas at current rates assuming the demand is there; and involves the production of another clean product, blue hydrogen, that can be monetised.

“I see CCS and blue hydrogen as a key part of the industry’s diversification,” he tells NGW.

It is easy to see the appeal of CCS for Canadian oil and gas companies, given how large a role the industry plays in the country’s economy. Oil and gas has been estimated to have contributed C$105bn (US$84bn) to Canada’s GDP of C$1.64 trillion in 2020, and the industry does not want to shut down anytime soon.

The province of Alberta – home to the majority of Canada’s oil and gas operations, including the oil sands – is already experienced with CCS. Anglo-Dutch major Shell operates the Quest CCS project near Edmonton, which has captured and stored over 6mn metric tons of carbon dioxide (CO2) since 2015. And the Alberta Carbon Trunk Line (ACTL) system entered service in 2020 after numerous delays. The system is capable of transporting up to 14.6mn mt/year of CO2, which the consortium behind it says represents around 20% of all current oil sands emissions.

Various new proposals for additional CCS capacity, in some cases with a blue hydrogen production component, have recently been unveiled.

Shell is proposing to build a second CCS facility at its Scotford complex, which also houses Quest. The new project, known as Polaris CCS, would capture and store roughly 750,000 mt/yr of CO2 from the Scotford refinery and chemicals plant during its initial phase.

Meanwhile, the Oil Sands Pathways to Net Zero alliance – which comprises Suncor Energy, Imperial Oil, Cenovus Energy, Canadian Nature Resources Ltd (CNRL), MEG Energy and ConocoPhillips and accounts for 95% of Canada’s oil sands output – is proposing a carbon capture network. The network would centre on a planned CO2 pipeline linked to more than 20 oil sands facilities that would carry CO2 to a hub in the Cold Lake area for storage. The alliance has mentioned the potential to switch to lower-carbon fuels, including “clean” hydrogen, to power oil sands operations, and while no further details of this have been provided so far, this could be tied in with CCS infrastructure.

One of the alliance’s members, Suncor, is also exploring a separate project in partnership with ATCO to produce 300,000 mt/yr of blue hydrogen, with more than 90% of the resulting emissions being captured.

Separately, pipeline companies Pembina Pipeline and TC Energy have partnered to jointly develop the Alberta Carbon Grid, a carbon transportation and sequestration system aimed at carrying more than 20mn mt/yr of CO2. The project would be linked to a new sequestration hub, and in early November it emerged that Pembina had been in touch with operators of rival CCS hub proposals to discuss possibly combining their efforts.

Some of these proposals are more detailed than others, but all are years away from entering service.

“The projects are relatively vague on detail, but that isn't unusual since most of them are not slated to be commissioned until the latter half of this decade,” Ihejirika explains. “From a technical perspective, the technology is considered proven in Canada so the gap is related more to the financial and regulatory uncertainty.”

Ihejirika’s comment about the technology being proven only relates to CCS, however, whereas clean hydrogen is only just beginning to emerge, both in Canada and elsewhere. Indeed, this has led to concerns that putting CCS and hydrogen together can result in a mismatch that could complicate plans for their development.

“The current discussion around CCUS in Canada tends to combine the concepts of CCS and hydrogen, but really shouldn’t,” a Baker & McKenzie partner, Greg McNab, tells NGW. “CCS has been proven to be an established commercial technology in Canada, the US and Australia for many years, while hydrogen is still playing catch-up and a relatively recent addition to the energy transition conversation,” he continues. “Perhaps long down the road, hydrogen will be part of this discussion, but we are years away from that, just like we were years away from CCS being a realistic option 15 years ago. It takes time to develop infrastructure and for financiers to get comfortable with the risks of an industry like hydrogen.”

Indeed, McNab believes that risks associated with a CCS project are quantifiable, as they exist in other oil and gas and energy infrastructure. With hydrogen, meanwhile, there are additional risks involved and the risk assessment process would need to be different.

“I think we need to separate the CCS-hydrogen discussion and not hold up CCUS implementation while we come to terms with hydrogen implementation,” he said.

Oil sands producers and other industry players have been calling on Canada’s federal government, which is also pushing for more rapid decarbonisation, to step up with financial support for costly new CCS and hydrogen projects. However, both Ihejirika and McNab have low expectations of significant federal funding materialising.

“Realistically, I think there will be low social and environmental appetite for significant government funding of CCS projects,” Ihejirika says. “Producers know this, but there’s likely a two-pronged hope: a) that public opinion is swayed based on the economic value of the oil/gas industry to Canada and b) that the government introduces financial incentives like tax rebates and exemptions, rather than outright funding.” He also points to Canada’s carbon pricing plan, which entails a carbon tax that rises gradually each year and reaches C$170/mt in 2030, as providing the potential for CCS to be fiscally positive if those projects capture CO2 at a lower cost than the tax rate.

“Until recently, the cost of carbon has been the big unknown in Canada,” says McNab. “The fact that we didn’t know what the price of carbon was going to be, meant that investment in large scale and long-term technology really had to pay for itself. For better or for worse, there is now a known price of carbon and so decisions are now clearer,” he added.

“Realistically, I expect very little in the way of financial support from the federal government,” McNab continues. “But I do expect the Alberta government will see this as an opportunity, and perhaps even a survival technique, to provide support for its key industry to make up for the lack of support federally.”

From the Editor: Carbon capture gets a boost [Gas in Transition]