Britain has just voted to leave the European Union. However, since Scotland voted overwhelmingly to remain within the EU there is now a very real prospect that Scotland, with much of the North Sea's oil and gas reserves, will itself separate from the United Kingdom.

Energy has played virtually no role in the referendum debate but the result of the vote to leave means that the investment climate regarding development of a substantial proportion of the North Sea's remaining reserves will immediately be in doubt.

The vote to leave the EU has already triggered a dramatic collapse in Britain's national currency, with the pound sterling losing more than 10% of its value and falling to its lowest level against the dollar in more than thirty years.

On 17 May, Total CEO Patrick Pouyanne, opening a new gas terminal in Shetland, declared: "There is a future for the North Sea, no doubt about it." But it is pretty safe to say that at that stage he was not expecting Brexit.

Pouyanne said that operating costs would have to come down so that companies could weather the storm of lower oil and gas prices. Costs may indeed come down, if they are measured in euros and dollars while wages remain fixed in pounds.

But the overall climate will be uncertain, for two main reasons. The immediate cause is that the broader economic consequences of the Leave campaign's triumph will not be clear for some time. Stock markets took a tumble on the result, and it is unforeseeable when a new economic equilibrium is established in Britain.

The second reason is that much of the UK's offshore oil and gas fields may well change hands. While Britain as a whole voted by 52% to 48% to leave the EU, Scotland voted 62% to 38% to stay in. This prompted Scotland's First Minister, Nicola Sturgeon of the Scottish National Party (SNP), to declare that it is clear that "the people of Scotland see their future as part of the European Union."

She will not necessarily move to hold a second referendum on Scottish independence immediately, but almost certainly she will start to prepare the ground for such a referendum, since independence is the very raison d'etre of her party's existence. And although Scotland voted 55% to 45% to stay in the UK in the previous Scottish referendum in 2014, the result of yesterday's Brexit vote will certainly increase the number of Scots willing to vote for independence and, in all probability, will tip the scales for independence.

Independence would certainly result in Scotland securing the lion's share of UK offshore reserves – but the problem is that these are massively diminished compared with the glory days of the 1980s. According to the latest (June 2016) BP Statistical Review of World Energy, the UK currently has just 0.2 trillion cubic metres (7.3 trillion cubic feet) of recoverable gas and 2.8bn barrels of recoverable oil reserves.

In terms of fields, almost all the oilfields and well over three-quarters of the gas fields would fall on the Scottish side of any likely maritime boundary line between an independent Scotland and the remnant UK. 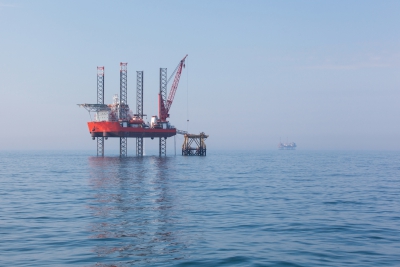 It could well prove a jaded inheritance. The UK's oil and gas industry is not in the best of health. Declining opportunities prompted a 15% reduction in the workforce in 2015 and, a month before the Brexit referendum, the Fraser of Allender Institute's 24 annual oil and gas survey anticipated a further 17% job reduction in 2016.

At present, just about the only growth sector in the UK offshore industry is decommissioning facilities, commonly dubbed the funeral industry.

In 2014, when independence was last on the agenda, a survey of firms involved in developing the UK's offshore oil and gas resources found that although 45% of the 700 companies surveyed considered that the very act of holding a referendum was impacting on their investment plans and proposals, the issue of independence itself was of less importance.  38% of the companies surveyed thought independence would make no difference; 18% thought it would be positive while 12% thought it would be negative.