*This article was originally published on February 11, 2016

Azerbaijan continues to be one of the world's biggest producers of gas. Last year, the country's gas production reached 29.1bn m³. Of that, two fields were reponsible for almost three quarters of gas production: the Azeri-Chirag-Guneshli block, which produced 12.3bn m³ of associated gas, and the Shah Deniz field, which produced 9.9bn m³ of gas. Both fields are operated by BP.

With those field's strong production in mind, Ilham Shaban spoke to BP’s Regional President for Azerbaijan, Georgia and Turkey, Gordon Birrell, to discuss the future for gas production, plans for 2016, and how the company is dealing with the current challenges in the energy market.

BP’s future gas plans for the Caspian are currently focused on developing the next tranche of gas from Shah Deniz Stage 2. It is a huge project, which will deploy subsea production technology in the Caspian and will use advanced drilling solutions to produce wells at some of the world’s highest rates. Specifically, Shah Deniz Stage 2 is set to have 26 production wells at depths of over 6,000 metres. Nine of these wells have already been drilled. These wells will produce 16bn m3 of gas per year, which will be delivered to markets across Azerbaijan, Georgia, Turkey and South Eastern Europe. Moreover, the Shah Deniz Stage 2 will be the cornerstone of the Southern Gas Corridor linking Caspian resources directly with the European gas market for the first time. In terms of timeline, we are targeting to deliver first gas to Turkey in 2018 and expect to get this new source of Caspian gas to Europe by 2020.

On drilling, I’d like to highlight that drilling performance in both Azeri-Chirag-Gunashli (ACG) and Shah Deniz is a success story. Given that the Caspian basin represents some of the toughest drilling challenges in the industry, delivery of these difficult wells has required people and technology capable of tackling these challenges.

To date BP has safely drilled around 190 wells in this challenging drilling environment.

Specifically on Shah Deniz, drilling challenges in that field are related to its location in deeper waters than ACG--up to 550m--and the high pressures encountered in the reservoir.

We have safely and efficiently drilled 145 kilometres on Shah Deniz including the deepest exploration well of 7,300m depth to-date drilled in the Caspian.

What are the gas production plans for 2016 for both ACG-associated gas and Shah Deniz-1 production?

Shah Deniz continues its good production delivery. In 2015, the field provided reliable deliveries of gas to markets in Azerbaijan, Georgia, the BTC [Baku-Tbilisi-Ceyhan] Company and Turkey. The field has been producing at the Stage 1 plateau level over the past few years including 2015 in which we produced around 10bn m3 of gas and 2.3 million tonnes of condensate. In 2016 we expect production from the Shah Deniz field to continue at this same high level.

In 2015, the ACG delivered an average of around 9mn m3 per day of ACG associated gas to SOCAR. The remainder of the associated gas produced was re-injected for reservoir pressure maintenance. We currently have six gas injection wells at ACG supporting oil production.

In our operations, oil production output is a result of many factors including gas injection rate and therefore it is necessary to maintain the high rates of gas injection. For this purpose, we recently upgraded our gas injection compressor engines on the Central Azeri platform using a new engine design, which has allowed us to inject gas at higher rates. This upgrade returned immediate production benefits and now we’re seeing long-term value as we work to stem the decline of reservoir pressure. So, it is absolutely necessary to continue to re-inject gas into ACG reservoir at high rates.

Oil prices fell drastically in 2015. Forecasts for 2016 show an even lower average price. Under the circumstances, companies are having to cut their capex. Will it be a challenge to meet your capex plans?

2016 continues to be a year in which the business environment remains challenging. As a company we continue to focus on improving our competitiveness and therefore continue to look for opportunities to increase efficiency in all parts of our activities. All these efforts have helped us strongly adapt to the current challenging conditions allowing us to continue our investments in major projects including the ones that we operate in Azerbaijan. I am confident that with the effective plans that we have in place for efficiency increase, we will continue to deliver competitive performance in this very challenging environment 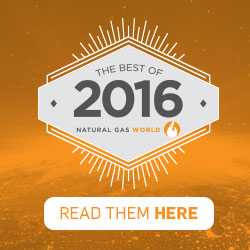 In parallel, we also make sure that safety remains our top priority and is not compromised while delivering the business objectives that we have set for Azerbaijan and the region where we have been very successful maintaining safe and reliable operations for over two decades.

Having said this, I would also like to highlight that our projects in Azerbaijan are long-term and very important to us and to the country. We are committed to the region and to the projects that we operate here. Our projects are moving ahead and will continue to move ahead in accordance with our plans that we have agreed with the government and our co-venturers.