Iran will import gas worth $30bn from Turkmenistan over the next ten years in exchange for engineering goods and services of the same value. 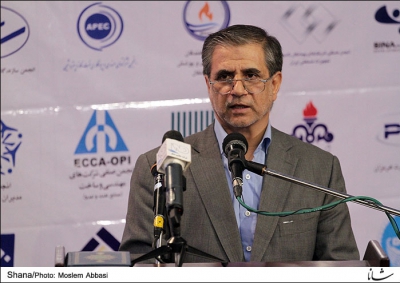 He announced at the time that the two Caspian states had decided to increase the total value of their economic exchanges from $3.7bn to $60bn ($6bn/yr) in a ten-year period.

Since then, contracts worth $1.2bn have been signed by the two countries, Amanpour said, adding that the Iranian oil ministry has so far allocated $600mn for exporting engineering goods and services to Turkmenistan.

He went on to say that Iran has the highest volume of exports to Turkmenistan among CIS countries. The high economic growth of Turkmenistan in recent years and its huge oil and gas reserves and the Turkmen government’s special attention to Iranian industrialists are of importance. In addition, the gas barter between Iran and Turkmenistan has facilitated Iran’s exports to that country.

Moreover, the head of the Iranian engineering goods and services exporters union, has said that more than $5bn worth of technical and engineering projects are expected to be implemented in the current Iranian calendar year, which ends in March 2017.

Mohammad Reza Ansari told Mehr news agency that before sanctions in 2012, Iran was carrying out technical and engineering projects in 56 countries across the world (worth $11bn/yr) but such projects declined sharply due to the sanctions. In November 2015, Rouhani received his Turkmen counterpart Gurbanguly Berdimuhamedov in Tehran.

As well as the aforementioned gas for goods deal, they also talked about possible cooperation on exploring and developing joint oil and gas fields in the Caspian Sea.

Iran says it will forge ahead with Dorra/Arash development