As China pushes for exploration of its largely untapped shale gas reserves, the country faces a number of crucial environmental challenges that may not only potentially impact on sectoral development but also hinder socio-economic advancement in general. While shale gas extraction would help China to diversify its energy resources and reduce its reliance on coal and crude oil in the long run, the detrimental impact that it could have on the environment has the potential to hamper sustainable development. In particular, the proposed development is likely to place further stress on China’s already scarce water resources.

Although shale gas development in China remains at an early assessment stage, the country is endowed with the world’s largest deposit of unconventional gas, offering great long-term investment potential. In March 2012, the country’s Ministry of Land and Resources claims that China had exportable shale gas reserves of 25.1tn cubic metres. In October 2012, the government outlined an ambitious plan for the development of natural gas. The 12th Five Year Plan on the Development of Natural Gas aims to bring total production to 176bn cubic metres by 2015, including 6.5bn cubic metres of shale gas. However, shale gas is not yet commercially viable in China due to limited technical and infrastructure capabilities to overcome challenging geology. The need for foreign expertise to fulfil this rapid development plan was reflected in the opening up of its unconventional gas market to foreign investment in September, when exploitation rights for 20 shale gas blocks were put to auction.

The real worry for foreign investors, and indeed local residents, is that the country’s existing environmental legislation is not equipped to effectively regulate the projected boom in China’s unconventional energy sector. There was no information on the prevention of water pollution and resource conservation in the official documents prepared for the auctioning of shale gas blocks. Indeed, the government is yet to introduce regulations specifically applicable to shale gas development. Moreover, while laws are in place to govern the prevention and control of fresh water pollution and use of water resources, overlapping ministerial authorities and the rigid structure of governance undermine effective implementation and enforcement. While the central government drafts overall water policy and legislation, implementation responsibilities are delegated to tiers of local government. A lack of transparency and independent accountability presents problems in supervision along the power hierarchy, fostering corruption and undue bureaucracy that limit effective policy enforcement.

Decades of rapid, uncontrolled and unsustainable economic development have passed at a great cost to the environment. With 20% of the world’s population, China only possesses 6% of global water resources. Water scarcity is exacerbated by pollution associated with the prolonged economic boom. As such, water from around 20% of the seven rivers and basins and 35% of 26 main lakes monitored are essentially unusable for industrial and agricultural purposes. This situation is likely to worsen as there is no strong regulatory oversight of the proposed commercial shale gas development. Indeed, without strict and well-enforced regulation, China’s major fresh water resources face heightened risks of pollution due to the use of toxic chemicals in the fracking process. This can pose a serious threat to public health and safety as evidenced in the US state of Pennsylvania, where ground water contamination has occurred due to extensive shale gas production in the area.

For the long-term development, water scarcity will present acute challenges in other known shale gas deposit areas, including the Songliao, Bohai and Ordos basins in the north and Tarim and Junggar basins in the north-west. Rapidly falling water tables in these areas following tremendous population and economic growth coupled with a dry climate lead to frequent droughts being experienced across many parts of these regions.

In addition, foreign companies seeking to tap into China’s underdeveloped shale gas potential face increasing risks of business disruption by proactive social activism over environmental issues. The rising incidence of public protests against industrial projects in the last few years reflects the heightened environmental awareness among China’s populace. Local populations have shown increasing willingness to take to the streets to voice their dissatisfaction and challenge local governments, which have long been perceived to support economic development over concerns of environmental degradation. Restoring public trust is identified as the top policy priority for the new leadership headed by Xi Jinping. As a result, compromises are likely to be made over projects with a high risk of public unrest for the sake of maintaining social stability. Oil and gas companies in China not only need to implement robust environmental protection mechanisms, but also are advised to actively engage with local communities at the earliest possible stage in business planning to seek consensus and mitigate reputational and financial risks. 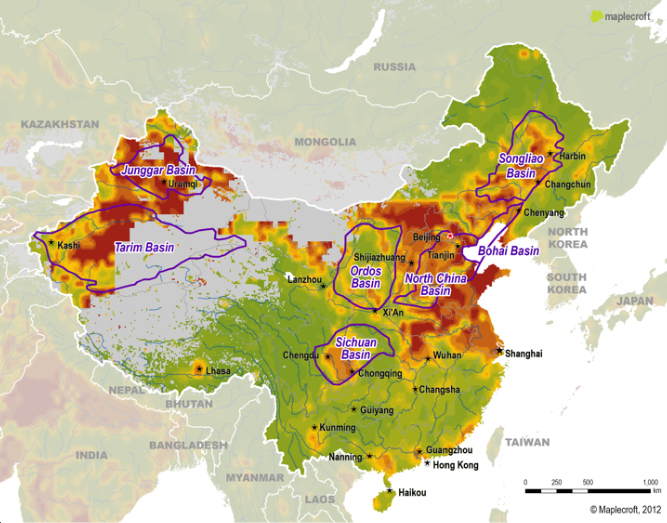