A major new piece of Europe’s gas infrastructure is at last doing what it set out to accomplish: the Southern Gas Corridor (SGC) began delivering Caspian Sea gas to Italy at the dawn of the new year through the final leg, the TransAdriatic Pipeline. 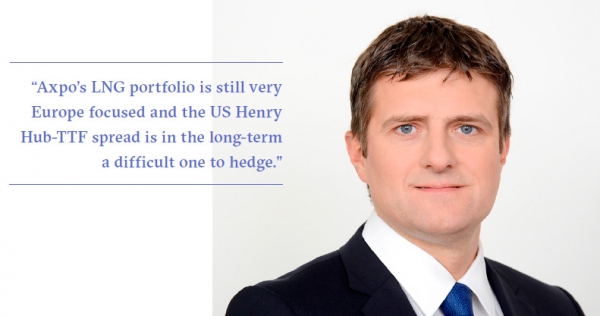 It just met the target, despite some nail-biting moments along the way – including a struggle with the local authorities in Italy that Rome had to sort out – and it has eroded the price premium for consumers in Italy, long one of western Europe’s least competitive markets.

Owing its existence to US and European Union efforts to find alternatives to Russian gas, the SGC was initially expected to carry some 30bn m³/yr from the Caspian region to the heart of Gazprom’s natural monopoly in central Europe and the Balkans. It now carries 16bn m³/yr out of Azerbaijan and of that, it brings 10bn m³/yr to Italy.

The plan, christened Nabucco, was hatched by Austrian OMV at the start of the century. The aim was to bring very low-cost gas from countries such as Azerbaijan, Iran and Turkmenistan through the then-integrated gas supply and transport monopolies in the Balkans, each taking some for themselves along the way to delivery at Baumgarten – the Austrian delivery point for Russian gas.

Since then, the SGC has been modified in scale and scope, terminating in southern Italy, by way of Greece and non-EU Albania. It has also seen the costs tumble as construction coincided with the oil price slump mid-decade, helping with the overall economics.

Doubling the capacity as originally planned to 32bn m³/yr would improve the figures further, but the time it would take to arrange all the purchasing and engineering contracts in today’s shifting markets and hostile financing environment make that unlikely.

The Italian gas market had long been illiquid and prices at the PSV hub were higher than at other continental hubs owing to capacity hoarding in the usual pipeline routes from the north and northeast. One of the reasons for taking gas into southern Italy – apart from ensuring better security of supply – was to lower gas prices for power plants that EGL – as Axpo then was – operated there. It was competing too for power customers with Italian generator Enel’s coal-fired plant in the area.

And in this it has been successful, according to Axpo’s Marco Saalfrank. He told NGW that the spread between the PSV and northwest European hubs (Dutch TTF) has fallen by more than half. Also liquidity is much improved, meaning the PSV assessments are now a more reliable guide to the Italian price. The yearly spread was slightly over €2/MWh but now that TAP has started up, gas at the PSV is only traded around €1/MWh more. This means a reduction of more than €1/MWh of Italian prices relative to TTF level, he said early January.

TAP is a 10bn m3/yr pipeline in a 70-80bn m³/yr market and so it was to be expected that TAP would have a certain impact, he said. But Axpo’s vision for a new pipeline to Europe took nearly 18 years to become reality.

It wanted to buy natural gas on competitive conditions to cover its Italian gas portfolio, including planned gas-fired power plants (CCGTs). But it was not until 2013 that the BP-led Shah Deniz Consortium picked TAP over Nabucco and a project of its own to export its gas from the Caspian Sea.

Axpo then decided to reduce its interest in TAP from 42.5% to 5% as new partners entered who were able to bring upstream, infrastructure and financing skills to the venture, he said.

It was strategically important for Axpo to retain a 5% stake in TAP and secure a substantial amount of natural gas for its trading business. “The supply linked to TAP covers part of our Italian demand of around 4bn m³/yr: this includes our own power stations in Italy and our industrial and commercial customers in the country.”

Axpo is present in many countries in Europe but is in retail only in Spain and Portugal, Italy and Poland. Axpo is also a major LNG player in Spain, mainly with cargos bought on the spot market.

“But around 70% of global LNG demand is in Asia and so it was very important for us – as LNG is an important pillar in Axpo’s gas strategy and to further grow the LNG business – to have a presence there and so we opened an office last year in Singapore.

“In an extremely competitive environment, we believe that Axpo can offer Asian players the opportunity to physically place or swap cargoes to Europe, taking advantage of our strong presence in Europe. Furthermore, we think we can play better the arbitrage between Europe and Asia. In addition, markets are globally more and more interlinked, and a presence in Singapore is important for the trading business of energy related commodities in general.

“We don’t have any long-term off-take agreements with US LNG project developers as Axpo’s portfolio is still very Europe focused and the US Henry Hub-TTF spread is in the long-term a difficult one to hedge. The Asian gas balance is exceptionally tight after recent cold snaps, a lack of spot cargoes because of supply constraints, and congestion at the Panama Canal inflating freight costs to record levels.

“Asian LNG has changed hands at a multiple of the European price and so US LNG is going that way. Asian gas storage capacities are in general limited and LNG is also used to balance the market, while in Europe there is enough gas storage and it plays an extremely important role in flexibility, as renewables keep growing. Most of our assets are power generation assets and the 5% TAP stake gives us some diversification of our ownership portfolio which otherwise relies heavily on power prices.

“Our focus for expansion has been cross-border trading in the relatively illiquid gas markets of central and southeastern Europe, and in the Baltics. Axpo is a niche player and we look at opportunities in Asia, US or Europe, with gas from different sources. We do not see the Krk LNG terminal [on the Croatian coast, it could allow traders to bypass the SGC] as a problem for us; it is another opportunity. Our approach is always to be flexible and to be present wherever possible and to be ready for each opportunity.”

Saalfrank said generally that Axpo “prefers to be asset light and flexible, it’s not our main goal to invest in infrastructure projects and have our own gas assets.” Other routes for bringing gas to market include LNG, and Axpo is a backer of a project on the German coast – one of three that are all yet to take final investment decision.

German Uniper is backing one at Wilhelmshaven; Dutch Gasunie another at Brunsbuttel called German LNG Terminal; and privately-held Hanseatic Energy Hub is backing the third, at an industrial park at Stade near Hamburg. Each claims advantages with the ability to receive hydrogen and to carry out bunkering and truckloading operations also seen as a selling-point.

Axpo though is gunning for German LNG Terminal, Saalfrank says. “It remains to our knowledge the most advanced of the three. What is additionally attractive about the German LNG Terminal is the infrastructure on site regarding small scale LNG for bunkering, shipping and trucking purposes. Brunsbuttel is also in an important location.”

However, he says, explaining the lack of a commitment so far, “LNG capacity is a difficult question. In Europe, while there will be a substitution of gas for coal, lignite and nuclear in the power markets, the share of gas will not grow as quickly owing to the rapid rise in renewables capacity offsetting losses elsewhere. Instead, LNG is seen more as filling the supply gap amid declining domestic production in the Netherlands, the UK and to a lesser extent Norway but also with uncertainty surrounding political pressure on Russian gas imports.

“Lower gas supplies could require LNG imports to rise from current levels and would support LNG trade growth. Axpo also believes that the further LNG capacity will offer additional supply flexibility to countries without LNG terminals yet. This is especially relevant in Germany if renewables are not built fast enough to cover demand as the country phases out coal, lignite and nuclear power.”

The company is also not keen to get into storage ownership as there is already “enough.” The amount of capacity available rose sharply thanks to the hawk-eyed operators of giant facilities in Ukraine who spotted an opportunity to sell some of their idle space on a short-term basis. Built originally to service Gazprom’s exports to Europe as well as local winter demand, the country has about 30bn m³ of space and tends to use less than half of that for its own winter needs.

Saalfrank said: “We set up a legal entity in Ukraine in 2016. Non-Ukrainian companies can take advantage of the customs warehouse scheme for short-term gas imports and exports. The cost of Ukrainian storage is economically very attractive: they charge a flat fee, while European assets sell capacity based on market value (mainly based on the winter-summer spread). And it is home to around a third of European storage. We are one of the major players at the Ukrainian border as also in storing gas in Ukraine. We have local people working there who know the market and regulations very well and this helps us grow our gas – and lately also our power business.”

The overall Axpo portfolio has a very low carbon footprint, he said. “Axpo is one of the cleanest generators in Europe with the main assets in hydro and nuclear and furthermore managing a 16.6-GW portfolio in renewable energies. Regarding our Italian gas-fired power plants in Italy; we are continuously assessing how to improve the efficiency, and also how to reduce the greenhouse gas emissions.

“Carbon capture and storage (CCS) could also be an option, but we would not want to get into CCS just for the sake of it. Before taking such an investment decision it is always important to perform a deep assessment, taking into account not only the environmental impact but also the regulatory framework, the market relevance as well the economic consequences.

“Axpo already operates some 80 GW of zero carbon electricity (mainly nuclear and hydro power in Switzerland, but we are also Switzerland’s leading producer of wind and solar energy) and we are one of the largest marketers of renewable energies in the EU. We are also active in the battery storage systems market: last summer, Axpo concluded an agreement with Neoen, a global leader in battery-based grid services, for the provision of ancillary services from a newly built lithium-ion battery storage unit in Yllikkala (Finland).

“In this context, Axpo is responsible for the marketing of the facility’s flexibility on the Finnish market, and manages the battery’s energy production and consumption when it comes to charging and discharging. Also, we are looking at hydrogen and will expand our activities in this interesting business field in the future.

“Further, we are one of the European pioneers when it comes to power purchase agreements (PPAs) for renewable energy. In Scandinavia, for instance, we have already been active in this segment for more than 15 years and are the forerunners for this type of marketing of renewable energies. So we contribute to the accelerated rollout of renewable energies in many markets.

“It is one of the most important parts of Axpo’s strategy to push forward the energy transition both in its Swiss home market and abroad,” he concluded.